In exactly one month, the reimagined 50th Anniversary Tour of Jesus Christ Superstar will grace the Fox Theatre stage. Presented as part of Broadway in Atlanta’s 40th anniversary season April 19-24, the musical is fresh from its Olivier Award-winning outdoor production in the UK and has been adapted for a proscenium tour of North America.

Take a first look at the Jesus Christ Superstar tour

About the Jesus Christ Superstar Company

Aaron LaVigne leads the show as Jesus, joined by Omar Lopez-Cepero as Judas and Jenna Rubaii as Mary. The tour also features Alvin Crawford as Caiphas, Tommy Sherlock as Pilate, and Tyce Green as Annas. Pepe Nufrio returns to the tour as the standby for Jesus and Judas.

Jesus Christ Superstar is set against the backdrop of an extraordinary series of events during the final weeks in the life of Jesus Christ, as seen through the eyes of Judas. Reflecting the rock roots that defined a generation, the legendary score includes “I Don’t Know How to Love Him,” “Gethsemane” and “Superstar.”

Jesus Christ Superstar is a proven musical phenomenon with a world-wide fan base. As demonstrated by NBC’s Jesus Christ Superstar Live in Concert, this epic work attracted over 9.6 million viewers, earned the highest ratings in its time period, and received the highest critical ranking of any live musical event on network TV. On September 17, 2021 a variety of special edition Jesus Christ Superstar albums, remastered at Abbey Road, were released. These special anniversary editions are a celebration of the original 1970 double concept album and its continued success spanning an incredible 50 years.

The original production was produced by London’s Regent’s Park Open Air Theatre and won the 2017 Olivier Award for Best Musical Revival, selling out two consecutive engagements in 2016 and 2017. The production played a West End engagement at the Barbican in 2019 before returning to Regent’s Park Open Air Theatre in concert version during the summer of 2020.

Tickets to Jesus Christ Superstar at the Fox Theatre

The 2017 Olivier awarding-winning production from Regent’s Park Open Air Theatre went on sale to the general public on Dec. 10. Tickets start at $40 and can be purchased at FoxTheatre.org/superstar. 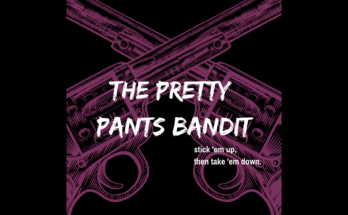