The Woodruff Arts Center is once again buzzing with performers as the Alliance Theatre team prepares for their season-opener.

The Alliance Theatre’s world premiere of Darlin’ Cory, a new musical by Kristian Bush and Phillip DePoy, kicked off rehearsals almost a month ago in advance of their September 8-October 3, 2021 run on the Coca-Cola Stage. Check out photos below from the first week of rehearsals and their recent “Behind the Music” event!

Back in the Rehearsal Hall

Behind the Musical event

Set against the backdrop of 1930s Appalachia, DARLIN’ CORY is a haunting new musical by playwright & novelist Phillip DePoy (EDWARD FOOTE) and Sugarland’s front man & Grammy Award winner Kristian Bush (TROUBADOUR).  In a tiny mountain town with no road in – and no road out – a community carries secrets of all sizes.  But when a young woman with ambition and intelligence collides with a pastor deeply committed to preserving the status quo, cracks begin to form in the town’s well-constructed façade. And when a stranger appears with a mysterious backstory and the best moonshine anyone’s ever tasted – some of those secrets threaten to spill.  With an original folk-country score, this modern-day myth inspired by local lore promises to leave audiences on the edge of their seats.

For tickets and information, visit www.alliancetheatre.org/darlin. 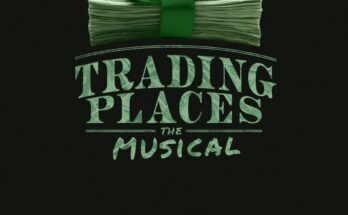