Atlanta’s newest venue, City Springs, has proved its value to Metro Atlanta over its season and a half history, presenting everything from community events on the lawn to large-scale Broadway musicals. As 2020 kicks off, let’s look ahead to what the next few months have in store for the performing arts center!

Men are from Mars Women are from Venus Live!
January 18 at 4pm and 8pm
The one-man Off-Broadway play inspired by John Gray’s best-selling book comes to City Springs.

From the company:
Moving swiftly through a series of vignettes, the show covers everything from dating and marriage to the bedroom. This hysterical show will have couples elbowing each other all evening as they see themselves on stage. Sexy and fast paced, this show is definitely for adults, but will leave audiences laughing and giggling like little kids!

Elite Studios’ Benefit 2020
January 19 at 2:00pm
Elite Studios’ annual fundraising performance honors a different charity every year, voted on by dance students themselves, who have chosen Georgia Center for Child Advocacy for their 2020 benefit recipient.

From the company:
Each year Elite Studios hosts a phenomenally energetic, professional, and entertaining showcase of talent as performed by our Competitive Division dancers. What began as a student led project to benefit a charity one dancer was passionate about, The Benefit has evolved into a culmination of months of hard work and dedication to support Atlanta & Georgia based charities. Elite Studios not only teaches the value of a quality dance education but instills the value of service to others through dance. The Benefit is our way of giving back to the community that gives us so much!

From the company:
Now in its 14th year, this year we will celebrate the spirit of Dr. King by introducing the City’s first annual Martin Luther King Jr. Day Art and Film Festival. This family-friendly event will feature interactive art projects and a film designed to celebrate, educate, and share the teachings of Dr. King.

From the company:
Joe Alterman studied music at New York University, where he received both his Bachelor’s and Master’s degrees in Jazz Piano Performance. In addition to performances with Houston Person, Les McCann and his own trio, among others, Alterman has performed at many world renowned venues including the Kennedy Center, Lincoln Center, Birdland and New York’s Blue Note, where Alterman has opened, many times, for Ramsey Lewis. Thirty years old, Alterman has released four critically-acclaimed albums, his most recent being 2018’s “More Cornbread.”

Karla Harris is known for jazz vocals that bring honeyed nuance, sophisticated warmth and dynamic delivery to the songs she sings. She weaves her influences of jazz, the standards, swing, blues and soul, as well as an affinity for Latin jazz, into a multi-textured musical tapestry, blending boundaries while remaining respectful to the roots of each tune. Her art lies not only in expansive vocals but also in a knack for tapping into the emotion of a song and delivering it fully.

A Gentleman’s Guide to Love and Murder
March 6-15
The resident theatre company of City Springs presents the regional premiere of the farcical piece that won the 2014 Tony Award for Best Musical.

From the company:
Gentleman’s Guide to Love and Murder is the knock-’em-dead, uproarious hit and the most-nominated show of the 2014 season. With ten Tony nominations and four wins, including Best Musical, Book, Direction and Costumes, it also earned seven Drama Desk Awards (including Best Musical), four Outer Critics Circle Awards (including Best Musical) and one Drama League Award (Best Musical). When the low-born Monty Navarro finds out that he’s eighth in line for an earldom in the lofty D’Ysquith family, he figures his chances of outliving his predecessors are slight and sets off down a far more ghoulish path. Can he knock off his unsuspecting relatives without being caught and become the ninth Earl of Highhurst? And what of love? Because murder isn’t the only thing on Monty’s mind…. A Gentleman’s Guide to Love and Murder is a murderous romp filled with unforgettable music, non-stop laughs and a scene-stealing role for one actor playing all eight of the doomed heirs who meet their ends in the most creative and side-splitting ways.

Menopause the Musical
April 3-5
Yes, it’s exactly what it sounds like. “Women of a certain age” get the spotlight in a fun evening of song and dance.

From the company:
COME JOIN OUR SISTERHOOD! Four women at a lingerie sale have nothing in common but a black lace bra AND memory loss, hot flashes, night sweats, not enough sex, too much sex and more! This hilarious musical parody set to classic tunes from the ‘60s, ‘70s and ‘80s will have you cheering and dancing in the aisles!

The Swan Princess
April 10-12
Atlanta Ballet 2 presents an all new adaptation of Swan Lake for all ages, aimed at fostering an appreciation of ballet in children.

According to the company:
This world premiere production of The Swan Princess features all of the mystery and magic of the beloved classic Swan Lake, but fits the treasured story into a one-hour format for children that serves as a perfect introduction to ballet. A one-hour family ballet may be designed for our youngest audience members, ages 12 and under, but this dazzling production can be enjoyed by children and adults alike. 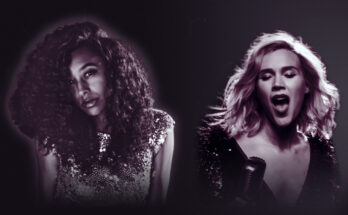 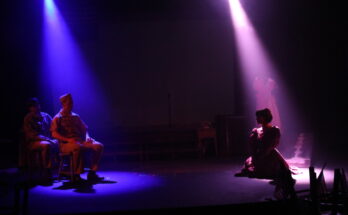 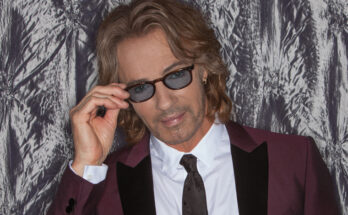