“There’s no business like getting in other people’s business.”

Earlier this month, Tony-nominated The Prom closed its curtain on Broadway for the last time. Prior to its Big Apple engagement, the musical made its “Zazzy” premiere at our own Alliance Theatre in 2016.

Below, take a look at The Prom’s journey from very first rehearsals at the Alliance to Broadway opening to final Broadway bow!

(From AllianceTheatre.org) Everyone’s got their issues—but for Emma, hers are a national headline. She becomes an instant outcast—and news story—when her high school cancels the prom rather than let her attend with her girlfriend. Sensing a chance to correct an injustice—and maybe get some good publicity along the way—a group of fading Broadway stars takes up the cause, and invades Emma’s small Indiana town. But their bumbling attempts at social activism make the situation far worse than they—or Emma—could have ever imagined. Cultures clash and the town erupts in chaos. The community’s reputation, Emma’s future, and the actors’ careers all hang in the balance, until a true hero emerges to save the day. Uproarious and uplifting with show-stopping dance numbers, this new musical is about inspiring people to accept their differences, being the star you were always meant to be, and that age old truth: there’s no business like getting in other people’s.

Take a look back to first rehearsals at the Alliance Theatre with cast and creative team! Photos by Kathleen Covington.

Check out rehearsal footage of Brooks Ashmanskas, Caitlin Kinnunen, and the cast singing “Tonight Belongs to You” on the Alliance stage!

At their Broadway opening night, the stars and creative team of The Prom gushed over their love for the Alliance Theatre, with writers Chad Beguelin and Matthew Sklar saying it was their best out-of-town premiere experience yet! 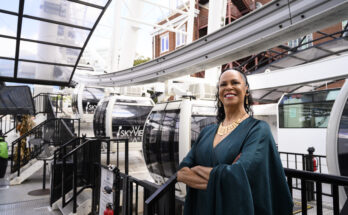 First look: A VERY TERRY CHRISTMAS from the Alliance Theatre