TOP: Gilda Radner, husband Gene Wilder and their dog, Sparkle, in a scene from “Love, Gilda,” a documentary screening Feb. 9, 10, 19 and 20. All photos courtesy of the Atlanta Jewish Film Festival.

The 2019 Atlanta Jewish Film Festival opens Feb. 6 with the Israeli dramedy Shoelaces and closes Feb. 26 with the Canadian “nosh-umentary” Chewdaism: A Taste of Jewish Montreal. In the span of 21 days, moviegoers can choose from 180 screenings of 70-plus films from 24 countries. Full schedule HERE. 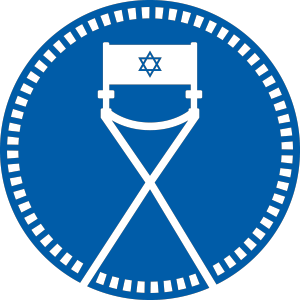 Tickets go on sale at 10 a.m. Jan. 28 via the AJFF website HERE or at 678.701.6104. Single-screening tickets are $13 and $15 each, with some fees. Tickets for opening night, closing night and Young Professionals night are $36 and include several perks (free parking, parties, food).

Festival-goers can see dramas, comedies, romances, horror flicks, documentaries, biographies and shorts that look at life in Israel, anti-Semitism, the LGBTQ experience, the arts, journalism and social justice, among other issues. The AJFF’s mission: to use the power of film to create community dialogue. Select screenings include post-film Q&A conversations with filmmakers, actors, community leaders, academics and other experts.

SHOELACES (Israel, 90 mins). Narrative. The 2018 comedy-drama was nominated for eight Israeli Academy Awards including best film. The family story follows the complicated relationship between an irascible father and his special-needs son, and raises questions about society’s attitudes toward the disabled and the importance of human connection. Israeli actor Nevo Kimchi, who plays the son, takes part in a post-screening Q&A. Tickets include complimentary parking. In Hebrew with English subtitles. Details HERE.

CHEWDAISM: A TASTE OF JEWISH MONTREAL (Canada, 62 mins). Documentary. A gastronomic adventure in which funnymen and best friends Eli Batalion and Jamie Elman visit their hometown to explore their heritage and eat their way across the city. The two  are the creators and co-stars of YidLife Crisis, a successful Yiddish-language Web series that explores, with charm and jocular snark, the burning questions and absurdities of contemporary Jewish life. Batalion and Elman take part in a post-screening Q&A discussion and food tasting. Tickets include free parking and the tasting. A 2:25 p.m. matinee screening ($13) includes a post-screening Q&A, as well. In English, French and Yiddish. Details HERE.

LEONA (Mexico, 95 mins). Narrative. North American premiere. Follow Leora, a young woman from Mexico City who’s torn between her Syrian-Jewish family and a forbidden love. The story dives into the divide between generations and cultures but becomes a hopeful journey of self-discovery and empowerment. Director Isaac Cherem and lead actress Naian González Norvind take part in the post-film Q&A discussion. In Spanish. Tickets are $36 and include the party and screening. A pre-screening party starts at 6:30 p.m. Feb. 16, the film at 8 p.m. At the Woodruff Arts Center. Details HERE.

GLOOMY SUNDAY (Germany/Hungary, 112 mins). Narrative and 20th anniversary screening. Historical events overtake erotic entanglements at a chic 1930s Budapest café in this intricate, time-jumping love story. The melodrama, told in flashback, centers on the romantic yearnings of the café’s Jewish owner, his piano player and the flirty hostess. Their happy ménage à trois is threatened when  a regular customer,  a Nazi becomes involved and  the Holocaust engulfs Hungary. Based on Nick Barkow’s 1999 best-selling novel. The movie won a Bavarian Film Award for best direction and cinematography, and a German Academy Award for best screenplay. In English, German and Hungarian. 7:20 p.m. Feb. 14 and 2:55 p.m. Feb. 20. Details HERE.

JOSEPH PULITZER: VOICE OF THE PEOPLE (USA, 86 mins). Documentary. Recounts the life and times of one of modern journalism’s founding fathers, who, perhaps, is best known for the prize that bears his name. Pulitzer arrived in America in the mid-1800s, a poor Jewish-Hungarian immigrant. He began as a reporter in St. Louis and, during a four-decade career, rose through the ranks of journalism and politics. Narrated by Adam Driver, with Liev Schreiber as the voice of Pulitzer. In English. Screenings at 6 p.m. Feb. 12; 1 p.m. Feb. 16; 5:50 p.m. Feb. 17; and 6 p.m. Feb. 25. Details HERE. 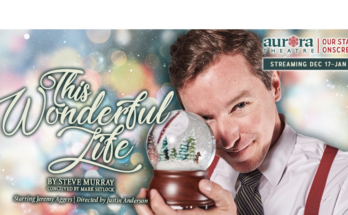 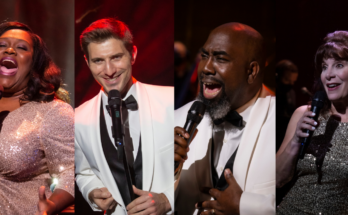