TOP:  Avocado toast at the new Coalition Food and Beverage in downtown Alpharetta. Its focus is modernized 1950s diner food. (All food photos by David Danzig.)

and OTP migration to a pancake proliferation,

NEW TASTES are promised near and far, from downtown, Midtown and all along Ponce, to Alpharetta, Fayetteville and Winder. It’s all Food for Thought.

At the base of a new steel-and-glass tower overlooking the Downtown Connector near Georgia Tech comes MOMONOKI, a new concept from chef JASON LIANG, one of the creative forces behind Decatur’s popular Brush Sushi Izakaya. Order at the counter and get some of the slurpiest ramen soups in town along with tsukemen (dipping ramen), Donburi (raw or cooked rice bowls), Katsu Sando (Japanese cutlet sandwiches served on perfect milk toast), salads and other small plates.

A full bar is stocked with cocktails, sake, wine, and local and Japanese beers but be sure to save room for desserts from pastry chef CHING YAO WANG, Liang’s wife. Many are made with matcha, a Japanese green tea that refreshes the palate in a soothing, semi-sweet way. …

Brothers DAN PERNICE and RYAN PERNICE turned heads a few years back when they opened both Table and Main and Osteria Mattone. They’re back with a third effort, COALITION FOOD AND BEVERAGE, a handsome spot off the square in downtown Alpharetta. Chef WOLLERY BACK (formerly of Craft, Restaurant Eugene, and Holeman and Finch) hand-cranks a food fire contraption and churns out modern versions of 1950s diner fare: house-made pretzels, St. Louis-style barbecue ribs, crispy crabcakes, classic club sandwiches and blackened tuna burgers on Alon’s Bakery bread. These are cheffed-up, approachable and skillfully prepared. …

The team behind Decatur’s James Beard-nominated KIMBALL HOUSE has christened WATCHMAN’S SEAFOOD AND SPIRITS in Krog Street Market, just off the Atlanta BeltLine in what was once The Luminary. No fishing nets or stuffed marlins on the walls here, no Jimmy Buffet on the sound system. This is a hip spot in a hip neighborhood. Sustainably farmed oysters from Alabama to North Carolina go with dishes like a shrimp roll sandwich, steamed clams, ceviche verde and a fisherman’s stew made with grouper, shrimp, crabs and oysters. The bar program comes from legendary mixologist MILES MACQUARRIE, a compact list of masterful ocean-inspired libations with roots that run from Havana to Key West and anywhere along the Southeast coast of the United States. …

In historic downtown Winder, chef ALEX FRIEDMAN (formerly of Inman Park’s Pcheen) has set up shop in a brick building that dates to the 1890s. BISTRO OFF BROAD brings a sophisticated approach to comfort food. Everything that grows in soil or dwells on land comes from a nearby farm: baked brie with honeycomb and figs, Ossabaw Island barbecue (Friedman does all his own butchering), crispy duck with pumpkin and sage risotto, venison with roasted okra, and pork chops with sweet corn pudding. If you need a nautical nosh, try the cold-water oysters, sea scallops, Carolina trout or a tempura-fried shrimp po’boy with tomato jam. It’s a gem that would be at home in the hippest intown neighborhood.

In a matter of weeks, Super Bowl LIII (53 for non-Romans) will kick its way into Mercedes-Benz Stadium and Atlanta celebrity chef KEVIN RATHBUN will headline the TASTE OF THE NFL: PARTY WITH A PURPOSE at Cobb Galleria Centre. The game is Feb. 3; Taste is Feb. 2. Each NFL team city will fly in its own celebrity chef to cook a signature dish at one of 35-plus food stations. This is your chance to eat, drink and mingle with NFL greats and other celebrities.  Tickets are $700 each, but that’s cheaper than a seat to the game. … 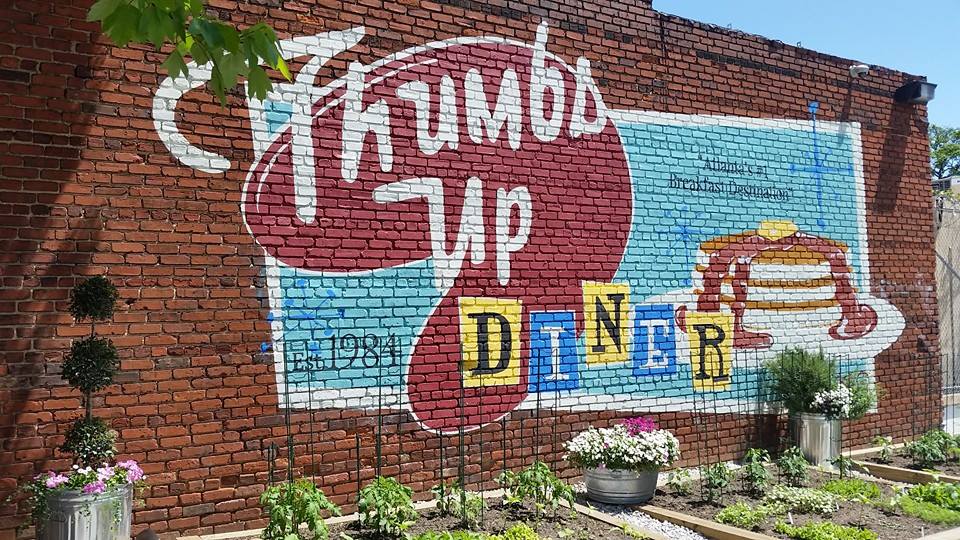 Food for Thought, Encore Atlanta’s bimonthly dining column, keeps you up to date on openings, closings and what chefs are up to in one of three categories — well done (reasons for praise), simmering (what’s in the works) and toast (what’s closed, etc.). Suggestions: Email kathy@encoreatlanta.com.