OUT ON FILM 2018 — Encore Atlanta
Skip to content
ShareTweetShare

ABOVE: A scene from “When the Beat Drops,” the festival’s opening-night film, screening Sept. 27.

documentaries, shorts and more at 3 venues

In The Happy Prince, Rupert Everett plays Irish poet-playwright Oscar Wilde in his twilight years, a role for which he’s received early raves. 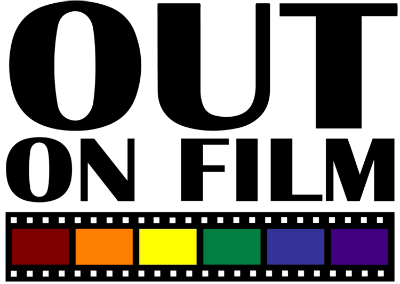 Matt Smith, best known as the BBC’s 11th “Dr. Who” and “The Crown’s” Prince Philip, has the title role in Mapplethorpe, embodying the famous — some would say infamous — New York City photographer Robert Mapplethorpe, who died in 1989 at age 42 of AIDS-related complications.

The biopics are among the highlights of the 31st annual Out on Film, Atlanta’s LGBT film festival, running Sept. 27-Oct. 7.

The event screens 128 films in 11 days at one of three locations — Midtown Art Cinema, Out Front Theatre Company in West Midtown and the Plaza Theatre in Poncey-Highland. About 50 films are full-length narrative features or documentaries. The rest are short films and Web series (grouped into 16 programs).

The festival’s opening film, When the Beat Drops, has a strong Atlanta connection, Farmer says. The 87-minute documentary details “bucking,” a term for athletic dancing created in the American South by gay African-American men who were banned from cheerleading or being major/majorettes because of homophobia.

Atlanta native Anthony Davis, who’s in the documentary, helped grow the dance form into a nationwide program that now includes an annual competition in Atlanta. Davis, actor-choreographer-director Jamal Sims, producer Jordan Finnegan, and other cast and crew members will attend the screening.

Also worth checking out:

In the festival’s first two decades, Farmer says, the lineup was dominated by coming-out stories. “And while those are still here and always relevant, we’re dealing with so many other things.”

The fest holds its first horror night (Oct. 5, Out Front), with a late-night program of shorts preceded by the feature films What Keeps You Alive, about a lesbian couple’s not-so-cheery anniversary getaway, and Devil’s Path, in which two men meet on a gay-cruising park trail.

Pick up the free 78-page Out on Film guidebook at the screening venues and throughout Midtown. It includes the full schedule and information on every film. Details and festival passes ($175 + $200); three-packs ($30); and single tickets ($11 per screening) available HERE. Daily updates also on Out on Film’s Facebook page HERE.