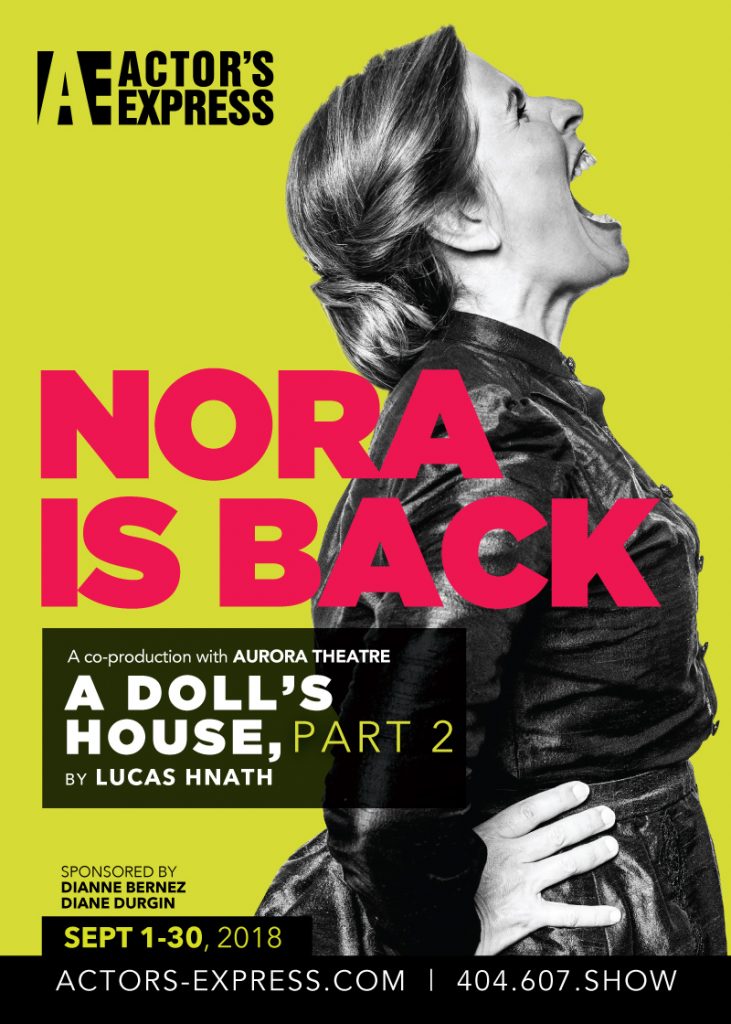 THIS ACTOR’S EXPRESS / Aurora Theatre co-production is a sequel of sorts to the great Henrik Ibsen 1879 classic, A Doll’s House. Playwright Lucas Hnath’s Part 2 takes place 15 years after wife and mother Nora Helmer made the shocking decision to leave her husband and family and seek out an unheard-of independent life. Now she’s knocking on the same door and requesting an impossible favor. Long-simmering resentments boil over in an intellectual and comedic slugfest of ideas, love and the rights of women in the modern world. The New York Times, Los Angeles Times, W Magazine and Time Out New York all called A Doll’s House, Part 2, the best play of the 2017 Broadway season. This production features Atlanta favorite Tess Malis Kincaid (pictured) as Nora; Rob Cleveland as her husband, Torvald; plus Shelli Delgado and Deadra Moore. It’s one of the most promising productions of Atlanta’s fall season and the Express’ 2018/19 season opener. Our discount tickets begin with the Aug. 29 performance. (Photo by Kevin Harry)