The Fox Theatre’s new Marquee Club has earned two awards from the Association of Luxury Suite Directors — one for overall building architecture and another for club spaces. 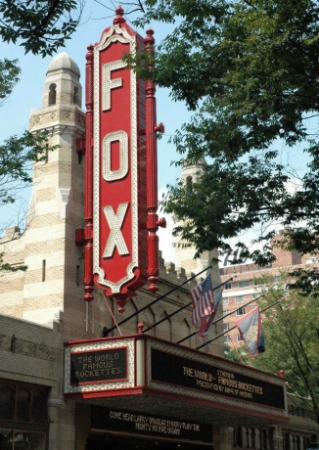 The Marquee, which cost $10 million, opened in May. The expansion is the largest one-time revitalization the Fox has seen since its 1929 grand opening and includes the northwest corner of the building previously leased as retail space.

The members-only Marquee Club presented by Lexus, as it’s officially known, includes a 4,000-sq. ft. rooftop terrace overlooking Peachtree Street, plus some 6,000 square feet of indoor event space. All of it continues the venue’s Moroccan-style decor and includes Arabic and art nouveau touches.

“When the Fox opened to the public in 1929, the furnishings, the design, everything had been sourced from all over the world, and they spared no expense,” the Fox Theatre’s Laura Zimbrick told the ASLD. “Similarly, with the Marquee Club, we had to take that same mentality that nothing was off the table.

“The stone itself was sourced from all over the world and was sent to Italy to be cut,” she said. “The bar top is blue bahia, which comes from Brazil and is a type of granite. We also have an Italian mosaic tile called crema marfil.”

The club has three levels and both indoor and outdoor spaces — a ground level, a mezzanine level and a rooftop terrace with enclosed, partially enclosed and open-air spaces. Each has its own bar. Members can use the lounge/terrace before and after events and during intermission. Other perks: 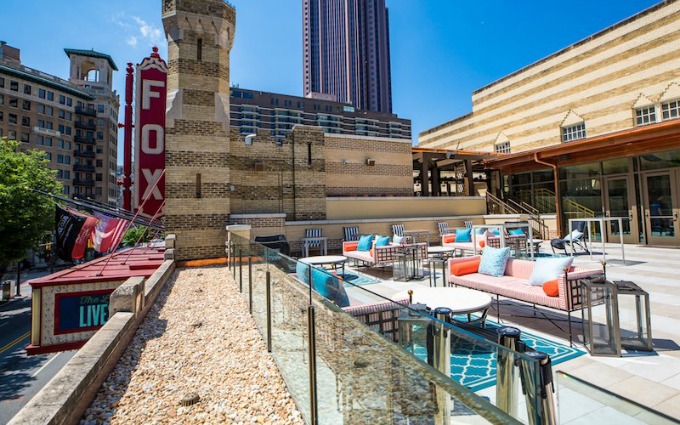 The 4,665-seat Fox, which hosts some 250 performances a year, is home to the Broadway in Atlanta series of touring theater productions, Atlanta Ballet’s Nutcracker and the Coca-Cola Summer Film Festival. It’s a regular stop for dance companies, children’s shows, comedians and musicians, all of which attract more than 500,000 patrons each year. The Fox also is popular for wedding receptions, trade shows, corporate meetings and association functions.