But not so fast. True Colors’ current season ends in July-August with Dot, a gentle comedy by Colman Domingo that uses humor to look at issues surrounding aging parents and midlife crises. The setting is Christmastime in urban West Philly. That’s where a woman named Dotty is trying to hold onto her memory and her grown children are trying to balance caring for her and for themselves. True Colors co-founder and artistic director Kenny Leon directs.

Three of next season’s four shows will be at the 375-seat Southwest Arts Center; The First Noel is at the 1,155-seat Ferst Center for the Arts on the Georgia Tech campus in Midtown. Leon leads the company, now entering its 16th season, along with managing director Chandra Stephens-Albright. Season subscriptions are on sale HERE or at 877.725.8849. Single tickets go on sale June 1. The season:

SEPT. 25-OCT. 21. Nina Simone was known as the “high priestess of soul.” This play with music by Christina Ham follows Simone’s shift from singer to activist, a transformation prompted in part by the 1963 bombing of Birmingham’s Sixteenth Street Baptist Church, which left four African-American girls dead. The piece uses the Simone song “Four Women” as a framework to give voice to four stereotypical characters and includes the civil rights anthems “Mississippi Goddam,” “Go Limp” and “Young, Gifted and Black.” Recommended for age 15 and up (adult language). No director has been announced. 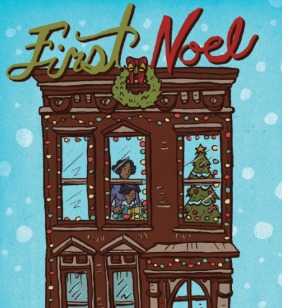 FEB. 12-MARCH 10, 2019. True Colors returns to the work of award-winning playwright Dominique Morisseau (2015’s Detroit ’67) with this  script, the final part of her Detroit Projects trilogy. (No. 2 is Paradise Blue, running off-Broadway through June 10.) The setting this time is one of the last auto plants in Detroit at the start of the Great Recession. Each worker must decide how to move forward if the plant closes, while their manager is pulled between doing right by his work family and just doing his job. The Detroit-born Morisseau is the fifth-most produced playwright in the nation this season and likely will rank at least that high in 2018/19. Jude directs.

JULY 16-AUG. 11, 2019. It’s summer 1955 in playwright Eugene Lee’s volatile 90-minute drama. The locals visit Charlesetta’s Top o’ the Hill Cafe almost every night for comfort, solace and companionship, but the times are changing. The Ku Klux Klan is active, and young black men are disappearing and dying. All of their lives change on one warm, pivotal night. Lee’s script was a Pulitzer Prize finalist in the 1990s.