TOP: Some of the scenery at New Realm Brewing Co., where you’ll find elevated eats and craft beer near the Eastside Trail of the Atlanta BeltLine. Photos: David Danzig.

Restored landmarks, brews on the BeltLine, Lao street food and Houston’s, we have a problem.

THIS EDITION of our bimonthly dining column catches you up on projects coming to Midtown, Spaghetti Junction, Buckhead and the Atlanta BeltLine, and leaving East Cobb and, again, Buckhead. 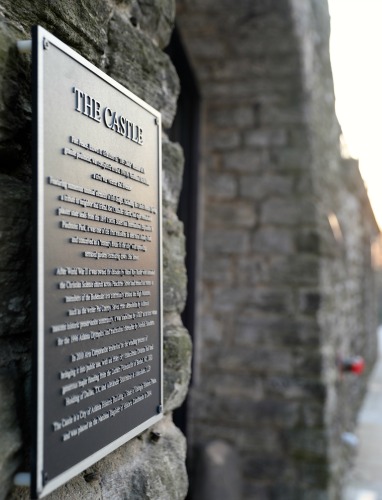 Despite a dearth of historic structures in Atlanta, a few 20th-century icons still hide in plain sight. Midtown’s “Castle,” a six-level, 1910-era mansion, is one such survivor that is now home to the all-new ROSE + RYE. After an interior architectural makeover, the space feels modern and elegant.

Rose + Rye’s one-sheet menu stays in the epicurean fairway with American cuisine that has a slight Southern flair.  Steak tartare, chilled yellowfin tuna, pork tenderloin and a buttery-soft filet mignon are among the confidently executed dishes. And with a name that includes the word “rye,” you can imagine which way the excellent cocktails lean. Think of Rose + Rye as a good jumping-off point for a show or concert at the Fox Theatre, the Woodruff Arts Center or the High Museum of Art. … 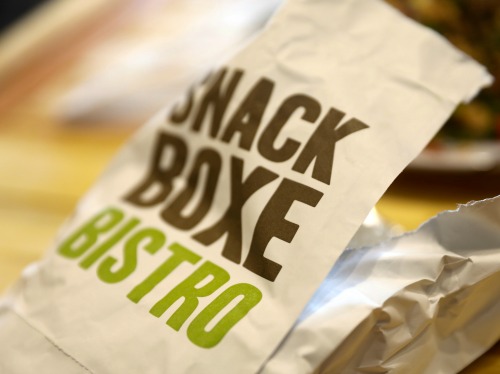 SNACK BOXE BISTRO, new to the Spaghetti Junction area, puts a modern spin on Lao street food — the sort of dishes you’d buy on city streets from a stall or food cart. Try the sticky rice, an extremely dense and rich rice that comes in a bag. You eat it with your fingers and dip it in sauces like a sweet roasted pepper or chili lime fish. Other standouts include the chicken larb (pronounced LOB), the Nam Kha and the lemongrass ribs. We Westerners will love Snack Boxe Bistro for its English menu, simplicity, cleanliness and prices. Not a single dish tops $10, an absolute steal for food of this quality. …

NEW REALM BREWING CO. has to be one of the most exciting openings on the Atlanta BeltLine. The 20,000-sq. ft. colossus of a brewery and full-service restaurant is on the Eastside Trail and shares a building with Two Urban Licks, which was cool before we’d even heard the term “beltline.” New Realm’s second-story, indoor/outdoor terrace commands an impressive perch with views of the BeltLine’s concrete ribbon, Ponce City Market and the Midtown skyline.

Inside, the experience is genuine brewpub, where the smell of hops is in the air. The beer lineup includes pilsners, IPAs, pale ales and even a triple IPA, which boasts an alcohol content of 11.5 percent. Quaff your beverage of choice with elevated comfort food — Springer Mountain Farms beer-can chicken, Spanish-style tomato-braised pork meatballs, Korean pork buns, she-crab soup and wood-fired pizzas.

Ponce City Market’s iconic — and long-vacant — tower will become home to RFD SOCIAL, a new concept from Slater Hospitality, owners and operators of PCM’s rooftop Skyline Park and Nine Mile Station. The name comes from the 1920s radio show “Dinner Bell R.F.D.,” which was broadcast from the tower’s 11th floor. RFD Social will include the Parlour, a “re-energized” extension of the indoor lobby with a public bar area, and Roebuck Room, a special-events space that will hold up to 175 people. …

Kevin Gillespie, former “Top Chef” combatant and owner of Gunshow and Revival, will open COLD BEER, a 7,000-sq. ft. cocktail bar/beer garden near the BeltLine’s Old Fourth Ward section. Expect three patios, all facing the BeltLine and one on a rooftop. The beer garden spot plans a sizable dining room and bar.

Cold Beer will join a new Shake Shack and Hazel Jane’s Wine & Coffee in the Edge mixed-use development at Edgewood and DeKalb avenues. Construction should begin midyear, with an opening anticipated for mid-2019. Recent news of a renal cancer diagnosis for Gillespie, reportedly, will not slow the project. We wish him well — and the privacy he and his family have requested. …

Say hello to happy news for Buckhead. Roswell’s popular LITTLE ALLEY STEAK is opening a second spot there, likely in early May. The new Little Alley moves into the space that once belonged to Emeril’s and AJA. Look for an oversized dining room; a 2,500-sq. ft. outdoor terrace with a full bar, lounge and dining patio; and more than 356 bourbons.

Much to the chagrin of its fans (and it had many), the HOUSTON’S on Lenox Road closed after 30 years and a high-profile boycott organized by rapper T.I. The two sides mended fences in early February (“We may now enjoy the spinach dip again!” T.I. tweeted), but allegations of racial profiling hurt the restaurant’s reputation. The spinach dip is still available at the Peachtree Road and Northside Parkway locations. …

MUSS & TURNER’S in East Cobb closed less than a year after opening. In a press release, namesake Ryan Turner said the closure was due to location and a dining market less fertile than the eatery’s original location. The original Muss & Turner’s — and its secret alter ego, Eleanor’s — (check out the speakeasy’s walk-in refrigerator), continues to be a popular spot. …

Finally, wave and say bye-bye to  ONE MIDTOWN KITCHEN. The restaurant was a millennium pioneer in the modern Atlanta dining scene but, after 16 years, founder Bob Amick decided to focus on his consulting business instead. One Midtown’s slightly younger sibling, Two Urban Licks, and six other Concentrics-brand Atlanta restaurants, continue on.