The Atlanta Musical Theatre Festival returns in August with shows that look at family and faith, fairies amid a British girl’s coming of age, a confused crayon and Wonder Woman’s origin story.

The festival will run Aug. 6-14 at Out Front Theatre in West Midtown, says Benjamin Davis, its founder and executive artistic director. Tickets and other details will be announced as plans are finalized. Watch the AMTF website and social media channels (Facebook, Twitter and Instagram) for updates. Out Front is at 999 Brady Ave.

The Atlanta event, in its third season, is modeled after the 14-year-old New York Musical Festival, which introduces more than 30 shows during a three-week run each summer. The AMTF focuses on unproduced shows and is designed to connect writers with producing theaters and directors who want to take a project further, and to create networking relationships among producing theaters, playwrights, directors, actors and other artists.

What’s Past from Season 1 went on to readings at Actor’s Express and Serenbe Playhouse, Davis says. This year’s Red — A Crayon Musical will premiere at Out Front in spring 2019. The Yellow Wallpaper from Season 1 has been staged at Playsmelter Theatre Festival in Ontario and Mother of God (Season 2) has had a developmental reading at Horizon Theatre.

The AMTF operates on an annual budget of $15,000 and is crowdfunding again this year to raise money for sound and lighting equipment, administrative supplies, paying staff and independent contractors, general insurance and liquor liability, postcards, programs, and digital and print advertising. It’s asking for donations of $7 or more (in honor of the seven new musicals it has presented thus far) toward a goal of $7,000. Higher donations qualify for perks. Details HERE.

In alphabetical order, this year’s musicals, chosen from more than 20 submissions from all over the country (California, Georgia, New York, Chicago, Nashville), are: 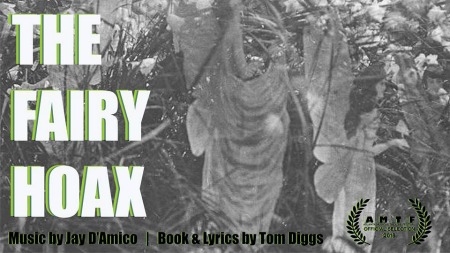 BOOK + LYRICS BY TOM DIGGS. MUSIC BY JAY D’AMICO. This family musical tells the coming-of-age story of Dulcie, a 13-year-old in Yorkshire, England. She fakes photographs of fairies in order to save her relationship with her emotionally distant mother, a relationship torn apart by World War I. Her photos cheer her mother and enchant the nation. Then the whole escapade goes awry, and Dulcie must decide what to do next. Based on the real-life Cottingley Fairy Hoax in 1917. Diggs and D’Amico are New York-based artists. The Fairy Hoax dates to 2011. 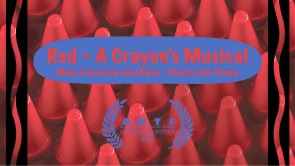 BOOK BY BEN THORPE. MUSIC + LYRICS BY JOHN BURKE. Based on the picture book by New York Times best-selling creator Michael Hall. A blue crayon, mislabeled as Red, is having a tough time.  As hard as Red tries, his drawings look strange … and everyone notices. His mother and brother want to help, his teachers and coach push him in different directions, while his fellow crayon-students think he’s just plain weird. Red will try anything to be considered “normal.” Thorpe (the Alliance Theatre’s Hand to God), is based in Atlanta, as is Burke, a pianist and composer. 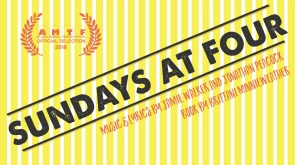 BOOK BY BRITTANI MINNIEWEATHER. MUSIC + LYRICS BY JAMIE WALKER AND JONATHAN PEACOCK. Family and faith collide in this generational story about life’s difficult lessons. Sundays at Four revolves around a family matriarch named Grandma Washington and the practical proverbs she’s instilled in her granddaughter. Every Sunday at 4, the Washington family gathers for fellowship. The musical looks at what happens when family dynamics are challenged, when the status quo is no longer acceptable and when family members ask questions they never dared ask before. Minnieweather is an Atlanta actor, singer and writer. Walker and Peacock also are Atlanta artists. 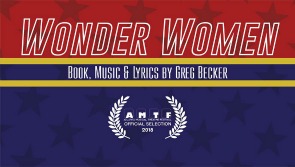 BOOK, MUSIC + LYRICS BY GREG BECKER. Tells the little-known story of the women who lived with William Marston (creator of “Wonder Woman” and the lie detector test) in a quiet, polyamorous relationship. Their passions for the early feminist agenda, mixed with Marston’s propensity for fetish and kink, created an environment for the birth of a female hero of mythic proportions. Can these women overcome the misogyny, censorship and sexual taboos of their day to redefine an industry? (If this script sounds familiar, you may be recalling Lasso of Truth, a play by Carson Kreitzer about the same women and same topics. Synchronicity Theatre staged it in 2014 as part of a rolling world premiere.) Becker is a Nashville-based artist. 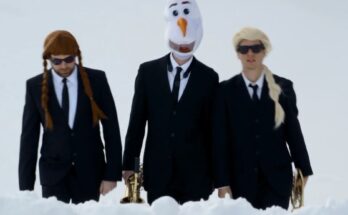