Wow, what a weekend for openings! “Angels in America,” Billie Holiday, a “Maytag Virgin,” a Native Guardsman, and Rosemary Clooney. Your dance card this weekend, and beyond, should be very full. Pictured: Images from Theatrical Outfit’s “Lady Day at Emerson’s Bar & Grill.” Illustration by Daryl Fazio.

[READ: THE STAGES OF WINTER, ENCORE’S PICKS OF THE SEASON]

** Lady Day at Emerson’s Bar & Grill. IN PREVIEWS. OPENS SATURDAY. At Theatrical Outfit. Philadelphia, 1959. An audience gathers at Emerson’s on the city’s south side to witness, unknowingly, one of the last performances of legendary singer Billie Holiday. The evening, both intimate and epic, includes stories about her down-and-out life and a songlist that includes “God Bless the Child,” “Strange Fruit,” “What a Little Moonlight Can Do” and about a dozen others. Terry Burrell (Broadway’s Thoroughly Modern Millie, Dreamgirls, Into the Woods; the Alliance Theatre’s Ethel) plays Holiday, a role she’s done off-Broadway. $18-$51. Through Feb. 4. 7:30 p.m. Wednesday-Friday; 2:30 p.m. Jan. 14, 18, 20-21, 25, 27-28 and Feb. 1, 3, 4. The Balzer Theater at Herren’s, 84 Luckie St. NW. Details, tickets HERE or at 678.528.1500. Discount tickets at PoshDealz.com.

Native Guard. OPENS SATURDAY. Alliance Theatre at the Atlanta History Center. A reprise of the 2014 staging based on poet Natasha Trethewey’s Pulitzer Prize-winning collection, which juxtaposes her life as a mixed-race child with the lives of the Native Guard — black soldiers fighting for the Union in the Civil War. The twist this time: It’s performed near the History Center’s Civil War exhibition. The entire cast returns: Neal A. Ghant as the Native Guard, January LaVoy as the Poet, vocalist Nicole Banks Long and composer/music director Tyrone Jackson. Recommended for age 12 and up. $20-$47; $10 teens. Through Feb. 4. 7:30 p.m. Tuesday-Thursday; 8 p.m. Friday; 2:30 + 8 p.m. Saturday; and 2:30 + 7:30 p.m. Sunday. 130 West Paces Ferry Road NW. Details, tickets HERE or at 404.733.5000.

Tenderly: The Rosemary Clooney Musical. OPENS THURSDAY. At Georgia Ensemble Theatre. Described as a “fresh, personal and poignant” picture of the singer/actor who became a Hollywood legend. Tenderly follows Clooney (1928-2002) from her Kentucky childhood, through her girl-singer days and on to Tinseltown and beyond, showing the bumps, bruises and successes along the way. The score includes “Come On-a My House,” “It’s Only a Paper Moon,” “Count Your Blessings,” “Hey There,” “Mambo Italiano” and more. The cast: Rachel Sorsa as Clooney and Mark Cabus as the Doctor (and 11 other roles). James Donadio directs. $30-$46 (previews cheaper). Through Jan. 28. 7:30 p.m. Wednesday; 8 p.m. Thursday-Saturday; 2:30 p.m. Sunday. Also at 4 p.m. Jan. 20 +27. Performed at the Roswell Cultural Arts Center, 950 Forrest St., Roswell. Details, tickets HERE or at 770.641.1260. Discount tickets at PoshDealz.com. 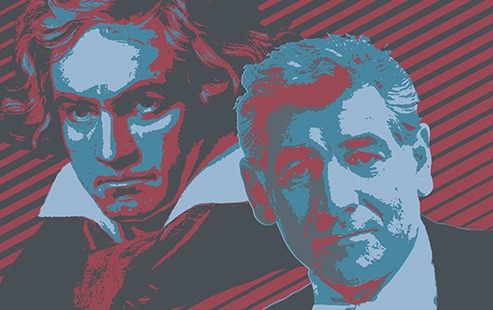 Leonard Bernstein and the Beethoven Seventh. THURSDAY + SATURDAY. Ludwig van Beethoven and Leonard Bernstein were lifelong champions of music and liberty. The Atlanta Symphony Orchestra celebrates them throughout the 2017/18 season. Join guest conductor Peter Oundjian for the toe-tapping ballet Fancy Free (the basis for the movie On the Town and written when Bernstein was 25) and Beethoven’s Seventh Symphony, the last piece Bernstein conducted before dying in 1990 at age 72. Also on the program: ASO concertmaster David Coucheron performing the Saint-Saëns Violin Concerto No. 3. $22-$107 (some sections, especially on Saturday, are already sold out). 8 nightly. Symphony Hall, Woodruff Arts Center, 1280 Peachtree St. NE. Details, tickets HERE or at 404.733.5000.

The Magic Flute. SATURDAY-SUNDAY. The Atlanta Opera Studio performs an hourlong version of the Mozart piece about Prince Tamino’s quest to rescue the beautiful Pamina, a story of good and evil and love, told with singing actors and puppets. The Studio artists, part of the opera company’s artist-in-residence program, will sing in English. $20. 11 a.m. + 1 p.m. Saturday; 1 p.m. Sunday (a 3 p.m. performance is sold out). Center for Puppetry Arts, 1404 Spring St. NW. Details, tickets HERE or at 404.881.8885.

[READ: THIS TOUR’S GROWN-UP NALA GREW UP IN NORCROSS]

** The Ballad of Klook and Vinette. OPENS JAN. 19. Put this on your radar. Horizon Theatre opens its 2018 season with a contemporary love story that comes with a soulful jazz score. Klook is a drifter who’s tired of drifting; Vinette is on the run but doesn’t know what’s chasing her. Together, they make a tentative stab at love. Amari Cheatom (the film Django Unchained) is Klook. Brittany Inge (Horizon’s Blackberry Daze) is Vinette. The script is by Lond0n-based playwright Ché Walker, who directs. Music and lyrics by Anoushka Lucas and Omar Lye-Fook, with musical direction by Atlanta’s Christian Magby. $23 plus fees and up. Through Feb. 18. 8 p.m. Wednesday-Friday; 3 + 8 p.m. Saturday; 5 p.m. Sunday. No matinee on Jan. 20; no show Feb. 4 (Super Bowl Sunday). 1083 Austin Ave. at Euclid Avenue. Details, tickets HERE or at 404.584.7450.