As an old year melts into a new one, we offer a few holiday holdovers and the promise of “Angels in America” (Actor’s Express), “Lady Day” (Theatrical Outfit) and “Maytag Virgin” (Aurora).

Atlanta Ballet’s Nutcracker. CLOSES THURSDAY. Atlanta Ballet dances its John McFall-choreo-graphed Nut for the 23rd and final time. A new version debuts in 2018. McFall, the company’s artistic director from 1994 to 2016, slipped out of retirement to lead the company one more time. You know the story. A nutcracker doll comes to life, turns into a prince and takes young Marya on a fantastical adventure. $21.25-$125.25. 7:30 p.m. Fox Theatre, 660 Peachtree St. NE. Details, tickets HERE or at 855.285.8499. Tickets also at the Fox and Atlanta Ballet box offices.

Heidi. CLOSES SUNDAY. At Synchronicity Theatre. Johanna Spyri’s 19th-century children’s novel becomes a family musical in this staging for ages 3 and up. Heidi brings joy to everyone she meets, from her crusty grandfather in the Swiss Alps to a wheelchair-bound friend in the city. Even the goats sing. The score is by Joan Cushing (Junie B. Jones, Miss Nelson, Petite Rouge). Every Friday is PJs & Play (kids in pajamas  get free milk, cookies and — for this show only — Swiss chocolates). $15-$22. 7 p.m. Friday; 1 + 4 p.m. Saturday; and 2 + 5 p.m. Sunday. Also at 2 p.m. Dec. 28. A KidNight Countdown, with a kid-friendly toast and treat, follows the 5 p.m. show Dec. 31. Synchronicity is in Midtown’s One Peachtree Pointe complex at 1545 Peachtree St. NE. Details, tickets HERE or at 404.484.8636. 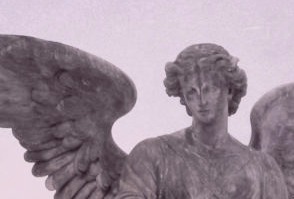 ** Lady Day at Emerson’s Bar & Grill. PREVIEWS JAN. 11-12. OPENS JAN. 13. At Theatrical Outfit. Philadelphia, 1959. An audience gathers at Emerson’s, a seedy bar on the city’s south side, to witness, unknowingly, one of legendary singer Billie Holiday’s last solo performances. She died four months later at age 44. The evening, both intimate and epic, includes stories about her down-and-out life and a songlist that features “God Bless the Child,” “Strange Fruit,” “What a Little Moonlight Can Do” and about a dozen others. Terry Burrell (Broadway’s Thoroughly Modern Millie, Dreamgirls, Into the Woods; the Alliance Theatre’s Ethel) plays Holiday. The 2014 Broadway version earned Audra McDonald her sixth Tony Award. $18-$51. Through Feb. 4. 7:30 p.m. Wednesday-Friday; 2:30 p.m. Jan. 14, 18, 20-21, 25, 27-28 and Feb. 1, 3, 4. The Balzer Theater at Herren’s, 84 Luckie St. NW. Details, tickets HERE or at 678.528.1500. Discount tickets at PoshDealz.com.

[READ: PEEK BEHIND THE MIGHTY MASKS AND PUPPET-COMBO COSTUMES]

The Magic Flute. JAN. 13-14. The Atlanta Opera Studio performs an hourlong version of the Mozart piece about Prince Tamino’s quest to rescue the beautiful Pamina, a story of good and evil and love told with singing actors and puppets. The Studio artists, part of the opera company’s artist-in-residence program, will sing in English. $20. 11 a.m. + 1 p.m. Saturday; 1 p.m. Sunday (a 3 p.m. performance is sold out). Center for Puppetry Arts, 1404 Spring St. NW. Details, tickets HERE or at 404.881.8885.