The Atlanta Jewish Film Festival, in its 18th year, returns for 23 days in January and February, expecting to attract 40,000 moviegoers with its high-octane roster of 70-plus narrative films and documentaries. 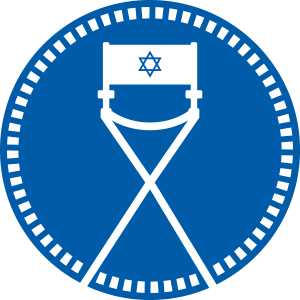 This year’s opening- and closing-night films screen at Cobb Energy Performing Arts Centre on Jan. 24 and Feb. 15, respectively. The titles will be announced Jan. 4.

The 2018 lineup represents 25-plus countries and includes everything from intimate profiles and personal narratives, to stories that intersect with other communities and unconventional perspectives.

“These are not your typical Hollywood films, where many times you have a predictable ending or know the director,”  executive director Kenny Blank said in a statement. “Part of the delight is the unexpected, and buying into an experience not knowing exactly where it will take you.”

The festival this week announced a whet-your-appetite eight-pack of films — four narratives and four documentaries. More details — including screening locations and times, opening- and closing-night films and Young Professionals Night — will be announced closer to the festival (follow it on Facebook, Instagram and Twitter.

The eight titles announced, in alphabetical order, are:

AN ACT OF DEFIANCE (South Africa, Netherlands; 124 mins). A gutsy lawyer risks career and family to defend Nelson Mandela and his inner circle in this apartheid-era historical thriller. Mandela and nine other defendants, including Jewish anti-apartheid fighters, faced death sentences after their arrests during a summer 1963 raid. Sympathetic white Afrikaner lawyer Bram Fischer (Peter Paul Muller) defends them and fights to expose South Africa’s corrupt system while holding a secret of his own.

BOMBSHELL: THE HEDY LAMARR STORY (USA, 90 mins). This documentary goes behind the public persona of a deeply misunderstood Hollywood starlet to reveal the thwarted ambitions of a brilliant inventor. Known for her glamour and sex appeal, the career of Hedy Lamarr (1914-2000) was tainted by her offscreen exploits and screen roles that objectified her. What history overlooked was her uncredited achievements in mechanics and technology. An Austrian Jewish émigré who left  her Nazi sympathizer husband, she pursued show business while patenting a secret World War II communications system that became the foundation for today’s wireless technology. Lamarr narrates this documentary through never-before-heard audio augmented by interviews with family, friends and luminaries.

BYE BYE GERMANY (Germany, Luxemburg, Belgium; 98 mins). In this narrative drama, German star Moritz Bleibtreu plays a defiant Holocaust survivor looking to strike it rich in postwar Frankfurt. Though haunted by his family’s murder at Auschwitz, hustler David Bermann (Bleibtreu) is determined to eke out a living in his battle-scarred homeland. He recruits Jewish traveling salesmen to a shady scheme, selling overpriced linens door-to-door to guilt-ridden Germans. Meanwhile, he faces interrogation by an American military intelligence officer about his past as an alleged Nazi collaborator. The film has a klezmer-style score.

THE CAKEMAKER (Germany-Israel; 105 mins). Unwittingly united in grief by a closeted affair, a gay German baker and a weary Israeli widow seek mutual catharsis. This narrative film is described as a “meditation on the human need for connection.” Winner of the Lia Van Leer Award for Jewish heritage at the Jerusalem Film Festival and Ecumenical Jury prize at the Karlovy Vary International Film Festival in Czechia.

DREAMING OF A JEWISH CHRISTMAS (Canada, 52 mins). A documentary described as “an offbeat, playful celebration of Jewish-American songwriters who wrote the soundtrack to the holiday season.” The group includes Irving Berlin and Mel Tormé; the songs include “White Christmas,” “Let It Snow” and “Rudolph the Red-Nosed Reindeer.” Performers sing many of these beloved melodies, amusingly set in a Chinese restaurant, while musicologists, religious leaders, comedians and others add insights into the strange, contradictory and poignant relationship American Jews have with “The Most Wonderful Time of the Year” (also written by a Jew).

ITZHAK (USA, Israel; 83 mins). A documentary that examines the life and music of Israeli-born Itzhak Perlman, widely considered the greatest living violinist in the world. For more than a year, filmmaker Alison Chernick followed Perlman,  wheelchair-bound from childhood polio. He recounts overcoming obstacles with humor and talent and the devotion of his wife, Toby. Archival material and performance clips, including a breakthrough appearance on “The Ed Sullivan Show” at age 13, are combined with scenes of Perlman in rehearsal, teaching classes, attending award shows and collaborating with colleagues.