It will be a happy holiday, indeed, for 13 recipients of “brick-and-mortar” grants from the Fox Theatre Institute. 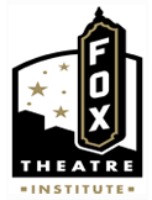 These preservation grants, awarded annually, help historic Georgia theaters finish projects that affect the integrity of their buildings. They are different from the emergency grants awarded in mid-November. This calendar year, the FTI has granted a record-breaking total of $470,541.

The 2017-18 FTI recipients, and what they do, in alphabetical order:

DIXIE THEATRE: $61,576. The Dixie Theatre in Swainsboro (population: 7,500) dates to 1934. This grant will pay for an economic development project to finance stucco and plaster repairs, provide new windows and doors, and help with general rehabilitation.

FESTIVAL HALL: $1,250. This performing and visual arts facility on main street in downtown Greensboro (population: 3,400) will use FTI funds for consulting services to assess and support space planning. It has received emergency FTI funds in the past.

GRAND OPERA HOUSE: $23,000. This landmark in downtown Macon (population: 93,000) will use the grant for a comprehensive historic assets study, exploring whether the venue’s second balcony can be expanded, giving the space more than 1,200 seats. It presents theater, concerts and films, among other events.

GROVE THEATRE: $20,000. The Grove, in Atlanta, is part of the Grove Park Foundation’s development project. The grant will pay for a feasibility study by a specialized historic preservation architecture firm.

HABERSHAM COMMUNITY THEATRE: $3,900. This venue in Clarkesville (population: 1,770) presents a range of shows, from children’s productions to dinner theater. The grant finances an architectural study to determine what repairs the marquee needs and identify stucco repairs and façade restoration.

IMPERIAL THEATRE: $25,000. This 853-seat theater in Augusta, named after the Imperial in New York City, is nearly 100 years old. It’s home to the Augusta Players and presents theater, concerts, ballet and films. FTI funds will help fix plaster inside the space. This is the Imperial’s second FTI grant.

MADISON-MORGAN CULTURAL CENTER: $16,195. This multidisciplinary performing and visual arts facility in Madison (population: 4,060) operates out of a restored 1895 Romanesque revival building. FTI funds will help repair and replace seating fabric in the theater. This is the center’s second FTI grant.

ROYAL THEATRE: $29,125. This venue in Hogansville (population: 3,200) was built in 1937, and since 1980, has been Hogansville City Hall. The grant will finance architectural planning to support preservation efforts.

7 STAGES: $50,000. 7 Stages, a nonprofit professional theater in Atlanta’s Little Five Points neighborhood, has produced and presented theater on two stages since 1979. The FTI grant will help restore the marquee and repair HVAC and related systems.

TIFT THEATRE: $77,027. This Tifton theater opened in 1937 with a screening of Pennies From Heaven, a 1936 movie musical starring Bing Crosby and Madge Evans. The FTI grant, the largest ever awarded, will help repair and restore seating.

WINTERVILLE AUDITORIUM: $55,476. This landmark in Winterville (population: 1,200), will use the grant to install new sound and lighting systems. The 450-seat space, once the site of recitals, pageants, concerts and plays, was abandoned in 2002. It may eventually hold those events again and, in the short term, will host government meetings, public and private conferences, and assemblies for training or education. This is Winterville’s first major private grant.