Preliminary figures are out for what each of America’s 50 states will spend on arts funding in fiscal year 2018. 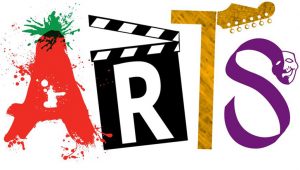 For Georgians who like the visual and performing arts, the news is not good. The Peach State ranks 49th, spending about 11 cents per person for the entire year. Georgia, which dropped one spot from 2017, ranks dead last among all Southern states.

The information comes from the National Assembly of Arts Agencies, which cautions that the figures are preliminary because not all states follow the same fiscal calendar. Still, Georgia’s spot is nothing about which to boast. See the entire report HERE.

Washington, D.C., which doesn’t qualify as a state, obviously, outspends everyone at $29.47 per person.

This report provides a forecast of state government funding for the arts in the year ahead, as budgets for fiscal 2018 are enacted and national funding trends begin to emerge. Overall, it said, legislative appropriations to state arts agencies are expected to increase by about 4.8 percent. A caveat: The increase is somewhat misleading given evidence of midyear cuts. After crunching the numbers, the report says:

These figures continue a decade-long trend of reduced arts funding, originally prompted by the 2007/09 Recession.