INDIA-BORN, NEW YORK-BASED fashion and costume designer Bibhu Mohapatra has dressed Michelle Obama and Celine Dion. His work has been seen in Gotham, New York and In Touch magazines as well as Vogue, The Wall Street Journal and Marie Claire. 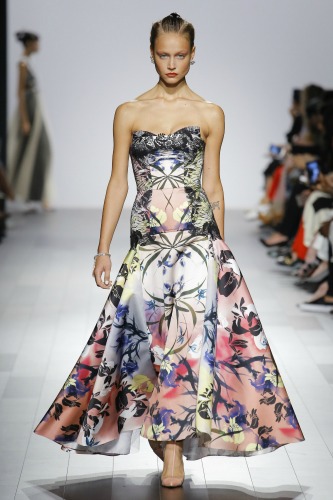 His spring/summer 2018 collection debuted at the recent New York Fashion Week. It is inspired by art and life in traditional East Asia and reflects on the mysterious female samurai. Through geometric silhouettes and embellished fabrics, it walks the line between seduction and strength.

“The role of the female samurai has, historically, been a battle of its own,” says Mohapatra, 45. “She is always the exception and never the rule.” He says he designed each piece in the collection “to echo her extraordinary uniqueness through masterpieces of Japanese lace, sunburst pleated tulle and silk mikado. There is war in art and there is art in war — this collection captures the vibrancy of it all.”

In April 2013, SCAD Atlanta presented an exhibition of Mohapatra’s work, titled Surface. In 2010, he received the Young Innovator Award from the National Arts Club and was elected to the Council of Fashion Designers of America. He was a finalist for the 2014 International Woolmark Prize. 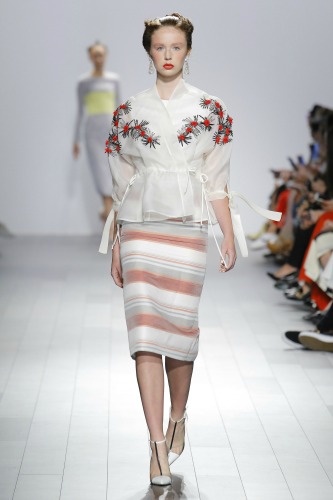 He collaborated with Christian Louboutin to customize two styles of shoes from the French luxury brand’s SS18 collection. Nosy, a pointy-toe pump, and Nosy Flat, a pointy-toe flat-style, combine two contrasting colors of leather with transparent PVC and floral lace accents. These ultra-feminine styles both reveal and conceal the foot, echoing the duality in Mohapatra’s work. For embellishments, he collaborated with Preciosa Group on fine crystals.

Mohapatra’s high-end luxury designs can be found at Bergdorf Goodman and Neiman Marcus. For more details, visit his website HERE.

[STAY IN FASHION WITH THE FASHIONADO BLOG]

The outer and under for winter’s well-dressed man