THE COCA-COLA SUMMER FILM FEST ROLLS OUT A WIZARDING 8-PACK, PLUS SING-ALONGS WITH ‘MARY POPPINS’ AND ‘BEAUTY AND THE BEAST.’

For details on tickets, movie tours and parking, go HERE.

Imagine yourself in the cool, cool, cool of the Fox Theatre’s air-conditioning (if you’re not already there), the chill air whispering p-o-p-c-o-r-n, the Mighty Mo organ swinging into its serenade. What are you here to see? Mary Poppins? Cartoons? Harry Potter? Then you’re in luck. 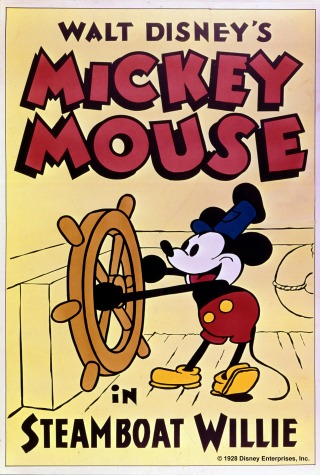 Here’s a look at the lineup, 14 events that run through Sept. 3 plus one Saturday morning of cartoons (10 a.m. July 29), with a little backstory on each. Note, please, that the Harry Potter canon screens in two triple bills and one double bill.

So, as they say … lights, camera, action.

THE LEGEND LIVES ON & STEAMBOAT WILLIE  | 2 p.m. July 16. The first film, subtitled Atlanta’s Fox Theatre, is a documentary that looks at where the storied landmark has been and where it’s going. Steamboat Willie is, of course, the 1928 short (8 minutes) that introduced Mickey Mouse to the world.

Fun fact: In his debut, Mickey is a mischievous little rodent-boy, neglecting his pilothouse and frolicking his way into cinematic history. Walt Disney, according to son Roy, got the idea to put a soundtrack into his next Mickey cartoon after seeing The Jazz Singer. Mickey would eventually rival Charlie Chaplin as the most recognizable cultural icon of the 20th century. 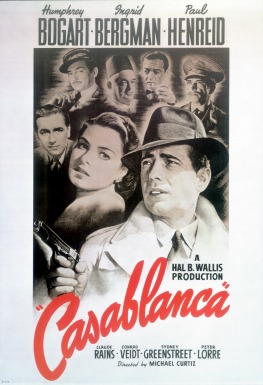 CASABLANCA | 7:30 p.m. July 20 (1942, 102 mins). Perhaps the classic of all classics. Humphrey Bogart, Ingrid Bergman and a cast of great character actors find themselves in the Moroccan city of Casablanca in the early days of World War II. When an American expatriate (Bogart) encounters a former lover (Bergman), an already complicated situation becomes even dicier. They’ll always have Paris. Won five 1944 Oscars, including best picture.

Fun facts: Many of the actors playing Nazis were actually Jews who had escaped Germany. In the early 2000s, Madonna pitched a remake with herself as Ilsa and Ashton Kutcher as Rick. No one bought it. One studio exec told her: “That film is deemed untouchable.” 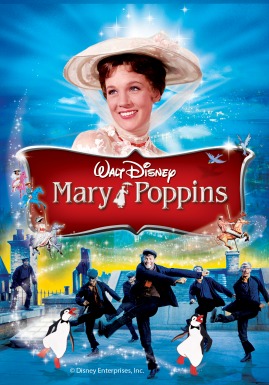 MARY POPPINS SING-ALONG  | 2 p.m. July 23 (1964, 139 mins). The original and still the best. Julie Andrews (in a dark wig) and Dick Van Dyke sing and dance their way around London as she slyly teaches Mr. and Mrs. Banks a few lessons about parenthood. It’s practically perfect in every way.

Fun facts: Many of the nannies in the large queue of applicants for the nanny job at the start of the film were actually men in drag. The lost and found on Main Street in Disneyland has a wooden leg with the name “Smith” on it. It refers to the joke Bert and Uncle Albert tell about “a man with a wooden leg named Smith.” 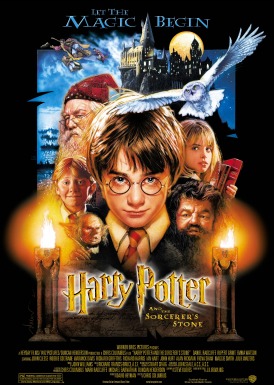 HARRY POTTER AND THE SORCEROR’S STONE  |  Noon Aug. 5 (2001, 152 mins). And thus, a franchise is born. Rescued from the neglect of his aunt and uncle, a young boy named Harry Potter, who has a great destiny, proves his mettle while attending Hogwarts School of Witchcraft and Wizardry. Daniel Radcliffe was 11 when this movie was shot.

HARRY POTTER AND THE CHAMBER OF SECRETS  |  4 p.m. Aug. 5 (2002, 161 mins). Forced to spend his summer holidays with his muggle relations, Harry Potter gets a surprise visitor: Dobby the house-elf, who warns Harry not to return to Hogwarts because terrible things are going to happen.

Fun facts: Although based on the second shortest of the J.K. Rowling books, this is the longest of the eight films. Some of the music used during the Quidditch match was also used during a chase scene in Star Wars: Episode II — Attack of the Clones. 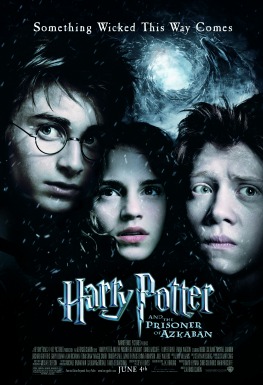 HARRY POTTER AND THE PRISONER OF AZAKABAN  |  8 p.m. Aug. 5 (2004, 142 mins). It’s Harry Potter’s third year at Hogwarts. He has a new “Defense Against the Dark Arts” teacher, and trouble looms. Convicted killer Sirius Black has escaped the Wizards’ Prison and is determined to do Harry harm.

HARRY POTTER AND THE GOBLET OF FIRE  |  Noon, Aug. 12 (2005, 157 mins). Harry Potter’s fourth year at Hogwarts is about to start. In the meantime, he’s enjoying summer break with his friends. They get tickets to the Quidditch World Cup, but Harry soon finds himself in the competition, while distracted by recurring nightmares.

Fun facts: This is the first film in the series that doesn’t open with Harry at the center of the scene. This time it’s Voldemort’s turn, which is exactly how J.K. Rowling’s book began. Watch the end credits. They contain the phrase “No dragons were harmed in the making of this movie.” 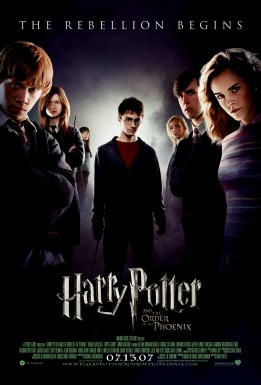 HARRY POTTER AND THE ORDER OF THE PHOENIX  |  4 p.m. Aug. 12 (2007, 138 mins). Holy Hogwarts! Everything’s amiss. No one believes Harry Potter or Professor Dumbledore when they claim Lord Voldemort has returned, and an authoritarian bureaucrat is slowly seizing power at the wizarding school.

Fun facts: During the breakfast scene in the Great Hall, boxes of cereal can be seen with the names “Cherri-Owls” and “Pixie-Puffs,” with color schemes similar to Cheerios and Sugar Puffs. Also, because of the elite wand dueling called for in the script, a wand choreographer was hired.

HARRY POTTER AND THE HALF-BLOOD PRINCE  |  8 p.m. Aug. 12 (2009, 153 mins). As Harry Potter begins his sixth year at Hogwarts School of Witchcraft and Wizardry, he discovers an old book marked as “the property of the Half-Blood Prince” and begins to learn more about Lord Voldemort’s dark past.

Fun facts: Dumbledore’s fall from a tower filled actor Alan Rickman (Professor Snape) with nostalgic glee. In the 1988 movie Die Hard, Rickman was at the wrong end of a tall fall. The foam in Ron Weasley’s mouth in one scene is made of egg white. 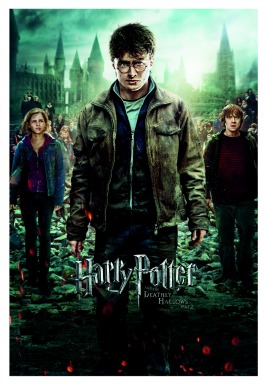 HARRY POTTER AND THE DEATHLY HALLOWS, PART 1  |  Noon Aug. 13 (2010, 146 mins). Lord Voldemort’s power gets stronger, and he now controls Hogwarts and the Ministry of Magic. Harry, Ron and Hermione decide to finish Dumbledore’s work and defeat the dark lord.

Fun fact: A poster in the café where Harry, Ron and Hermione land after reaching London is from the the stage drama Equus, which Daniel Radcliffe did at London’s Gielgud Theatre in 2007 and on Broadway in 2008.

HARRY POTTER AND THE DEATHLY HALLOWS, PART 2  |  4 p.m. Aug. 13 (20110, 130 mins). Harry, Ron and Hermione continue their quest to find and destroy Lord Voldemort’s three remaining Horcruxes, the magical items responsible for his immortality. When Voldemort learns of their mission, their biggest battle begins.

Fun facts: Every wand in every movie in the Harry Potter franchise was based on descriptions in J.K. Rowling’s books. They were 13 inches to 15 inches long and created specifically for each character. No two were alike. Daniel Radcliffe broke some 80 wands throughout the eight movies because he used them as drumsticks. 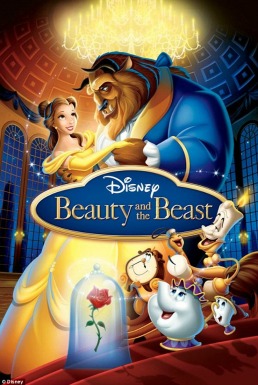 BEAUTY AND THE BEAST SING-ALONG  | 2 p.m. Sept. 3 (1991, 84 mins). Beast meets girl. Beast loses girl. Beast gets girl. Raise your voices for this tale as old as time, told in animated fashion as only Disney can do it. All to the lush sounds of the Alan Menken-Howard Ashman score (“Be Our Guest,” “Belle,” “Human Again”). With the voices of Robby Benson (the Beast), Paige O’Hara (Belle), Jerry Orbach (Lumiere), Angela Lansbury (Mrs. Potts), David Ogden Stiers (Cogsworth) and Jo Anne Worley (Wardrobe). Beauty and the Beast became the first full-length animated feature film ever nominated for a best-picture Academy Award (losing to The Silence of the Lambs). It did win Oscars for original song (the title tune) and original score.

Fun fact: Belle was color-keyed and is the only person in town who wears blue, symbolizing how different she is from the other townspeople. The Beast also wears blue, and has blue eyes. Gaston’s eyes are also blue, making him the only Disney villain to have the same color eyes as the hero.