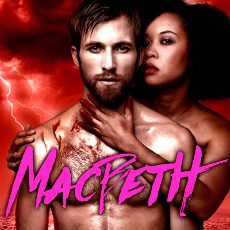 Serenbe Playhouse puts its own spin on Shakespeare’s Macbeth, setting the tragedy in a modern war zone (outdoors, of course) in the forest against a waterfall. After receiving a prophecy that he’ll become king of Scotland, Macbeth commits a heinous act fueled by his lust for power and his wife’s wicked influence. The general-turned-king is then beset by guilt and paranoia. A cast of 10 tells his story. Grammy nominee John Burke provides original music. Note: Contains adult themes and violence. Serenbe Playhouse is in Chattahoochee Hills.

BUY HERE. ALL TICKETS WILL LEFT AT WILL CALL.