Out Front Theatre will begin its four-show 2017/18 season in October with The Rocky Horror Show, and end it in May 2018 with Sordid Lives by Del Shores.

The 2-year-old company, founded by producing artistic director Paul Conroy, tells stories about the LGBT+ community. Out Front is based at 999 Brady Ave. in West Midtown. Performances are at 8 p.m. Thursday-Saturday and 3 p.m. Sunday. For ticket information, call 404.448.2755 or email the box office HERE. 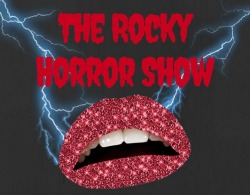 The Rocky Horror Show | OCT. 19-NOV. 5. This rock ‘n’ roll sci-fi gothic musical is nothing new — in fact it dates to 1973 — but it sure is fun. Take the trip of a lifetime with dammit Janet and nerdy Brad, as they encounter Dr. Frank N. Furter, Magenta, Riff Raff and the other misfits in his creepy castle. Expect cascading toilet paper and plenty of audience participation. British playwright Richard O’Brien wrote the book, music and lyrics. The stage version, by the way, preceded the feature film. Matthew Busch, assistant artistic director at Marietta’s Out of Box Theatre directs. 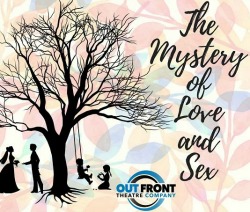 The Mystery of Love & Sex | FEB. 1-18, 2018. Charlotte and Jonny live in the Deep South and have been best friends since they were 9. She’s Jewish, he’s Christian. He’s black, she’s white. Their differences intensify their connection until sexual desire complicates everything. A love story about where souls meet, and the consequences of growing up. The 2015 script had its world premiere at New York’s Lincoln Center Theater. One critic called it “a drama with a funny bone.” The playwright is British-born, New York-based Bathsheba “Bash” Doran, who also has written for the TV shows “Boardwalk Empire,” “Masters of Sex” and “Smash.” Amber Bradshaw, managing director at Working Title Playwrights, directs. 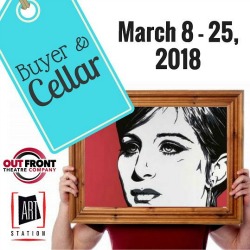 Buyer & Cellar | MARCH 8-25, 2018. Jonathan Tolins‘ one-man comedy is about the price of fame, the cost of things and the oddest of odd jobs. Alex More is an underemployed L.A. actor who goes to work in Barbra Streisand’s Malibu basement. One day the lady herself comes downstairs. It feels like they’re bonding but will the relationship ever make it upstairs? Winner of off-Broadway’s 2014/15 Lucille Lortel Award for outstanding solo show. (You may recall that Serenbe Playhouse staged B&C in spring 2016 at a Buckhead furniture showroom.) Conroy directs. 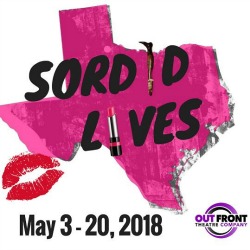 Sordid Lives | MAY 3-20. A 1996 black comedy about white trash. In Winters, Texas — the playwright’s hometown — a good Christian woman named Peggy hits her head on a motel room sink and bleeds to death after tripping on her lover’s wooden legs. Chaos ensues for those left to pick up the pieces — the likes of Juanita, Brother Boy, Latrelle and Sissy. Del Shores’ “colorful eccentrics,” said the Los Angeles Times, “are dead on, teetering on a Bowie-knife’s edge between the hilariously improbable and the achingly real.” Sordid Lives became an independent film in 2000, and a TV show, Sordid Lives: The Series, on the Logo channel in 2008. Jacob Demlow, Out Front’s assistant artistic director, directs.