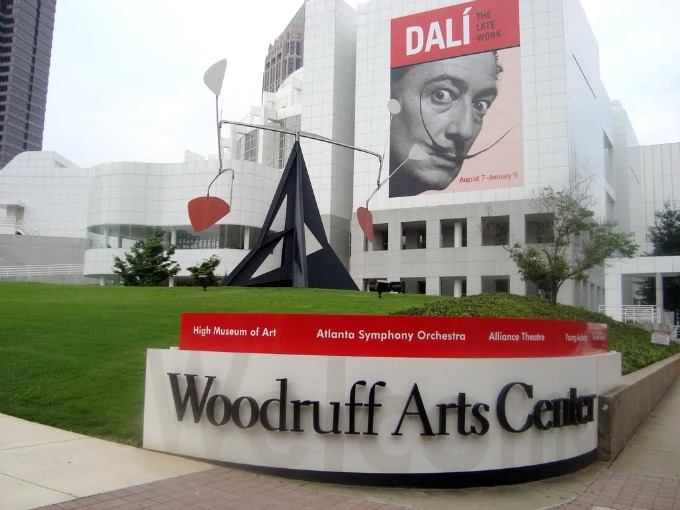 Doug Shipman has been named president and CEO of the Woodruff Arts Center, succeeding Virginia Hepner, who is retiring after five years of leading the nation’s third-largest arts center.

The Woodruff is home to the Alliance Theatre, the Atlanta Symphony Orchestra and the High Museum of Art. Shipman begins work July 18.

Since 2015, he has been CEO and managing director in the Atlanta office of BrightHouse, a division of the Boston Consulting Group and a global creative consultancy that helps organizations grow their people, profits, and social impact. Previously, he was the founding CEO of Atlanta’s National Center for Civil and Human Rights.

“The arts are the heart and collective conscience of any community,” Shipman said in a statement, “and the Woodruff Arts Center has been an incredible platform for presenting Atlanta the best in theater, music and art for nearly 50 years. It is such a privilege to take on this new role, and I can’t wait to begin working with the array of artists and supporters who will continue to allow the Arts Center and the broader Atlanta arts community to thrive.”

His memberships include the Carter Center board of trustees, the Center for Civil and Human Rights board and the advisory board at Dad’s Garage Theatre Company. He’s involved in the Harvard and Emory alumni associations, and was named one of the 100 Most Influential Atlantans (2011-13) by the Atlanta Business Chronicle.

He inherits a much healthier Woodruff than did Hepner, who retired May 31, at the end of the fiscal year.

In 2016, the Arts Center completed one of the largest fundraising initiatives in its history, raising $112 million in its Transformation Campaign. The Alliance recently began the first-ever renovation of its main performance space, due for completion in fall 2018. The High Museum plans a major reinstallation of its permanent collection in the fall of 2018; 11 new musician positions have been funded in perpetuity for the ASO, bringing the size of the orchestra to 88 musicians; and free Sunday programming for families has drawn nearly 120,000 patrons in the past two years, with 20 percent of them first-time visitors, according to Arts Center calculations.

[A LOOK BACK AT VIRGINIA HEPNER’S TENURE]