7 Stages’ new season begins Sept. 15 with the Pulitzer Prize finalist Bengal Tiger at the Baghdad Zoo and ends May 13 with another edition of the company’s multidisciplinary Curious Human Encounters.

The company, in Atlanta’s Little Five Points neighborhood, is approaching its 39th season of devising and presenting original productions that inspire conversation and often have an international tilt. 7 Stages theater space is at 1105 Euclid Ave. NE. Information on season passes and single tickets is not yet available (box office:  404.523.7647). Here’s a look at the coming attractions.

Bengal Tiger at the Baghdad Zoo 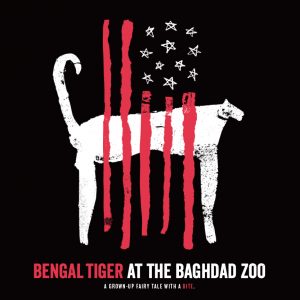 SEPT. 15-OCT. 8  |  The lives of two U.S. Marines and their Iraqi translator are irrevocably changed when they meet a tiger who haunts Baghdad’s rubble-strewn streets. As the tiger witnesses the absurdities of war, it encounters Americans and Iraqis searching for friendship, redemption and a toilet seat made of gold. The script by Cleveland-born Rajiv Joseph (Gruesome Playground Injuries) was a finalist for the 2010 Pulitzer Prize and, in 2011, had a 3.5-month limited run on Broadway with Robin Williams as the tiger. Haverty directs.

NOV. 10-19  |  7 Stages retools its popular new-play-reading series, moving it from scattered weekends throughout the season to a two-week festival of new works and guest-artist workshops. This is where Tara Ochs’ White Woman in Progress first met an audience, and where Atlanta playwrights Suehyla El-Attar, Theroun Patterson (Red Summer and others) and Topher Payne have introduced virgin scripts. The event is great fun, puts you in the know and is rumored to include free beer.

The Followers: Retelling The Bacchae

FEB. 2-25, 2018  | A new interdisciplinary dance/opera by Atlanta playwright Margaret Baldwin that combines opera, dance, puppetry and physical theater to tell a story of blind faith, abuse of power and the tragic cycle of vengeance. Dionysus, god of wine and ecstasy, performs miracles and brings bloody vengeance, while his followers question the unpredictable actions and intentions of their leader. Israeli guest artist Ofir Nahari is Dionysus in this piece, adapted from Euripides’ ancient Greek tragedy The Bacchae. Haverty directs the new work, with music composed by Klimchak, musical direction by Bryan Mercer and choreography by Nahari.

Gomela / To Return: Movement of Our Mother Tongue 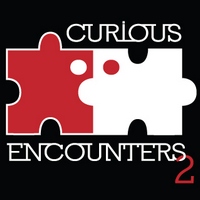 APRIL 27-MAY 13, 2018  |  The 2018 version of this annual festival features interactive/immersive performances commissioned from Atlanta artists in various fields. It focuses on sharing quintessentially Atlanta stories by mixing professional artists with a cross-section of Atlantans — including police, refugees, teenagers, senior citizens, politicians and the homeless. The group will gather over the course of a year to  create performances that share their experiences. A videographer will document their activities and create  short Web-based videos released throughout the season. In culminating performances, theater, dance and storytelling will be combined to share the work with audiences. Curated by artistic director Heidi S. Howard.