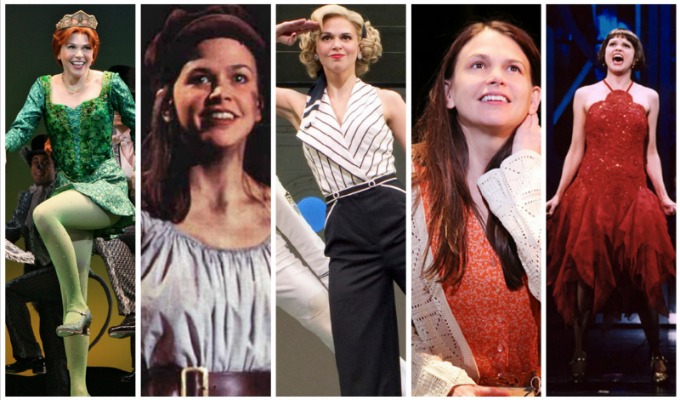 ** Strait of Gibraltar. CLOSES SUNDAY. A world premiere at Synchronicity Theatre. In this sexy romantic thriller, a Jewish New Yorker (Maggie Birgel) and a Moroccan man (Benjamin DeWitt Sims) meet at a party and fall in love, hard and fast. When she learns he’s undocumented, she offers her help. What they encounter is anything but happily-ever-after. This smart drama by Andrea Lepcio (Synchro’s Looking for the Pony, 2009) looks at love, truth, prejudice and civil rights in the age of the Patriot Act. Also in the cast: Suehyla El-Attar, Brian Ashton Smith and Kathleen Wattis. Rachel May directs. $15-$50. 8 tonight-Saturday; 5 p.m. Sunday. Synchronicity Theatre at One Peachtree Pointe, 1545 Peachtree St. NE. Details, tickets HERE or at 404.484.8636.

Sutton Foster. FRIDAY-SATURDAY ONLY. The two-time Tony Award winner (Thoroughly Modern Millie, Anything Goes) joins the Atlanta Symphony Orchestra with songs from Broadway, her two albums (Wish and An Evening With Sutton Foster: Live at the Cafe Carlyle) and a collection of personal favorites. The award-winning actor-singer-dancer was born in Georgia and spent part of her growing-up years here. Simply put, she’s one of the best on Broadway today. We’re hoping to hear “Gimme Gimme” (Thoroughly Modern Millie), “Astonishing” (Little Women), “On My Way” (Violet), “Air Conditioner” and “More to the Story,” among many others. We could listen for days. $21-$109. Symphony Hall, 1280 Peachtree St. NE. Details, tickets HERE or at 800.840.9227 (Ticketmaster). Discount tickets at PoshDealz.com.

Matilda the Musical. CLOSES SUNDAY. Based on Roald Dahl’s 1988 children’s novel  about an extraordinary girl — armed with a vivid imagination and a sharp mind — who dares to take a stand and change her own destiny. The setting: a small English village in which sits the Crunchem Hall Primary School. The enemy: Miss Agatha Trunchbull, the headmistress. The Broadway version ran almost four years and won four Tony awards. This national tour has been on the road since May 2015. New York Times drama critic Ben Brantley called Matilda “the most satisfying and subversive musical ever to come out of Britain.” $33.50-$128.50 plus fees. 7:30 tonight; 8 p.m. Friday; 2 + 8 p.m. Saturday; and 1 + 6:30 p.m. Sunday. Presented by Broadway in Atlanta at the Fox Theatre, 660 Peachtree St. NE. Details, tickets HERE or at 855.285.8499.

Nobody Loves You. THROUGH APRIL 30. At Horizon Theatre. The game of love is on in this musical about modern relationships and cluelessly self-obsessed contestants who compete for romance and adoring fans on a reality-TV show. Heidi Cline McKerley directs a cast that includes Leslie Bellair, Jeanette Illidge, Wendy Melkonian and Brad Raymond, among others. With music direction by Alli Lingenfelter. The pop-flavored score comes from Itamar Moses and Gaby Alter. The musical had its world premiere at San Diego’s Old Globe Theatre in May 2012. $25-$40. 8 p.m. Wednesday-Friday; 3 + 8:30 p.m. Saturday; and 5 p.m. Sunday. 1083 Euclid Ave. NE (at Austin Avenue). Details, tickets HERE or at 404.584.7450.

** Pais de Bicicleta (Bicycle Country). THROUGH APRIL 30. At Aurora Theatre‘s Harvel Lab. The company’s Teatro Aurora program continues with this Spanish-language production for all audiences. Three refugees with a lust for freedom try to make it across the sea from Havana to Miami, in this drama from playwright Nilo Cruz (last season’s Sotto Voce, a Pulitzer Prize winner for Anna in the Tropics). It mixes magic realism, whip-fast dialogue and Latin music and dance. With English supertitles. $20-$30. 8 p.m. Thursday-Saturday; 2:30 p.m. Sunday. Free, covered, attached parking in city deck at 153 E. Crogan St. Details, tickets HERE or at 678.226.6222. 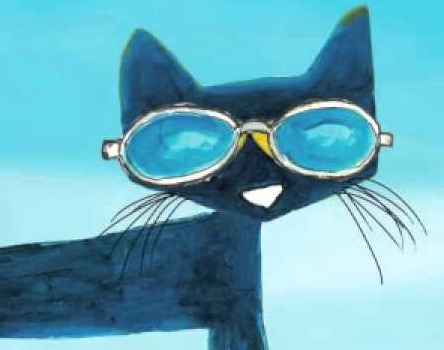 The Most Fabulous Story Ever Told. OPENS APRIL 27. Out Front Theatre Company ends its inaugural season with this 1998 Paul Rudnick comedy inspired by the fundamentalist remark, “God made Adam and Eve, not Adam and Steve.” In Rudnick’s revisionist version of the Bible, God makes Adam and Steve, along with Jane and Mabel, the first lesbians. The foursome navigates the centuries together, encountering the gay animals on Noah’s Ark, a lesbian rabbi and a flamboyant pharaoh. The historical pageant eventually lands in present-day NYC. Founder/artistic director Paul Conroy directs. His cast: Ty Autry, Brian Jordan, Jenni McCarthy and Nicole Smith. $15-$25. Through May 14. 8 p.m. Thursday-Saturday; 3 p.m. Sunday. 999 Brady Ave. in West Midtown. Details, tickets HERE or at 404.448.2755. Discount tickets at PoshDealz.com. 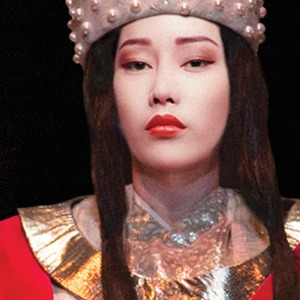 Turandot. APRIL 29-MAY 5. Puccini’s epic opera centers around the Princess Turandot, who decapitates each suitor who fails to answer her riddles. When the character Calaf falls in love with her, he heroically wins her ghastly game and proposes a riddle of his own. Italian tenor Gianluca Terranova, who made his Atlanta Opera debut as Rodolfo in La bohème, sings the role of Calaf for the first time. In Italian with English supertitles. $45-$151. Performances at 8 p.m. April 29 and May 5; 7:30 p.m. May 2; and 3 p.m. May 7. Cobb Energy Performing Arts Centre, 2800 Cobb Galleria Parkway, Atlanta. Details, tickets HERE or at 404.881.8885. Discount tickets at PoshDealz.com.

[MORE: LEARN THE RIDDLE OF ‘TURANDOT’]