When Georgia Ensemble Theatre opens its 25th season in September, it will mark the beginning of Robert J. Farley’s finale as artistic director.

Farley, who co-founded the Roswell company in 1992 with wife Anita Allen-Farley, will walk away after the curtain comes down on Buddy — The Buddy Holly Story in April 2018. The musical is the only mainstage season show Farley, 69, will direct during the 2017/18 season. He has been a professional theater artist for 50 years, more than 40 of those as an artistic director at Alaska Repertory Theatre and Atlanta’s Alliance Theatre as well as GET. In a statement, he said he’s stepping aside to pursue other life goals. He did not mention what those might be.

GET’s silver anniversary season features five mainstage shows, including three musicals, and four family shows, including And Then They Came for Me: Remembering the World of Anne Frank, which tours. In addition to the regular season, the Joe Gransden Big Band returns for four dates — Oct. 30, Dec. 18 plus March 12 and April 23 in 2018. Here’s a closer look. 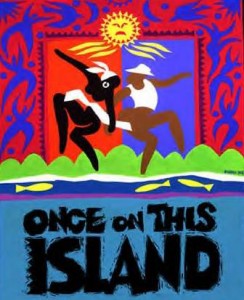 Once on This Island. SEPT. 14-OCT. 1. This spirited musical from Lynn Ahrens and Stephen Flaherty (Ragtime, Anastasia) is based on the 1985 novel My Love, My Love; or, The Peasant Girl by Trinidad-born American writer Rosa Guy. It takes place on an island in the French Antilles, at night, during a storm. Caribbean rhythms drive this story about a peasant girl who uses the power of love to bring together people of different social classes. The show had an 11-month Broadway run in 1990/91 and was nominated for seven Tony awards. Ricardo Aponte will choreograph and direct, with musical direction by S. Renee Clark.

Morningside. OCT. 26-NOV. 12. This new comedy from Atlanta playwright Topher Payne takes place on a sunny spring afternoon in Atlanta’s Morningside neighborhood, where nine women with secrets are thrown together at baby shower — and a case of champagne. What could possibly go wrong? Shannon Eubanks directs.

Tenderly: The Rosemary Clooney Musical. JAN. 11-28, 2018. Described as a poignant look at the woman whose unparalleled talent made her a Hollywood legend. Clooney (1928-2002) was a band singer in the 1940s, a movie star in the 1950s (White Christmas), received a lifetime Grammy award in 2002 and was George Clooney’s aunt. In the late 1960s, a series of personal setbacks led to an emotional breakdown from which she eventually recovered. Expect to hear one hit after another, including “Come on-a My House,” “It’s Only a Paper Moon,” “Count Your Blessings,” “Hey There” and “Mambo Italiano.” Casting could prove challenging; Clooney, aka the Cloon, had a sound like no one else. Kirkpatrick directs. 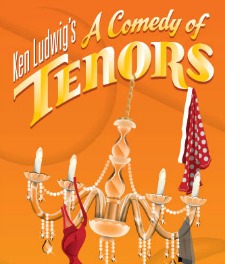 A Comedy of Tenors. MARCH 1-18, 2018. Southeastern premiere. The long-awaited companion piece to playwright Ken Ludwig’s award-winning farce Lend Me a Tenor (1989). This time we’re in 1930s Paris, in one hotel suite with four tenors, two wives, three girlfriends and a soccer stadium full of fans expecting the concert of the century. Lend Me a Tenor earned 10 Tony Award nominations, appeared twice on Broadway, has been translated into 16 languages and has been produced in 25 countries. A Comedy of Tenors, which had its world premiere in September 2015 at the Cleveland Play House, carries forward many of the same characters. Shelly McCook, an actor-director who has a good deal of her own comedic prowess, directs.

Buddy — The Buddy Holly Story. APRIL 12-29, 2018. Another encore for the show that tells the true story of Buddy Holly’s meteoric rise to fame, from the moment in 1957 when “That’ll Be The Day” hit the airwaves until his death at age 22 in a plane crash less than two years later. The bio-musical features more than 20 Holly hits, including “That’ll Be The Day,” “Peggy Sue,” “Everyday” and “Rave On,” plus Ritchie Valens’ “La Bamba” and the Big Bopper’s “Chantilly Lace.” Farley directs. 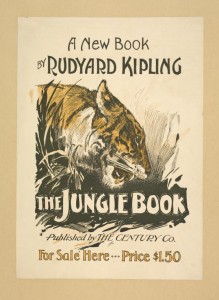 The Jungle Book. SEPT. 16-30 | APRIL 14-28, 2018 (Saturday mornings only). Based on the Rudyard Kipling novel and adapted by Greg Banks. In this telling of the story, Mowgli is rambunctious and curious, scrappy and silly when he’s lost, and found, in the Indian jungle. His adoptive family includes Baloo the Bear, Bagheera the Panther and all the beasts who call this wilderness home.

Miss Nelson is Missing! OCT. 28 | NOV. 4 + 11 | MARCH 3-17, 2018 (Saturday mornings only). Miss Nelson’s class is the worst-behaved bunch in the entire school. They’re in for a surprise, though, when Miss Nelson goes missing and is replaced by a scary substitute named Viola Swamp. By Joan Cushing, adapted from the Harry Allard book.

And Then They Came for Me: Remembering the World of Anne Frank. MARCH 13, 2018. A multimedia performance that tells the story of the hidden children of the Holocaust, aided by Anne’s childhood friends Eva Schloss and Ed Silverberg. The script is by James Still. Curtain is at 6:30 p.m. 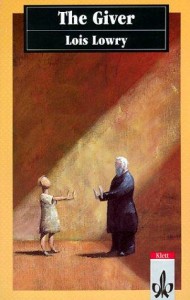 The Giver. JAN. 13-27, 2018 (Saturday mornings only). Jonas lives in a perfect world, where everything is under control and safe and there’s no war or fear or pain. And no choice. Every person gets assigned a role in the community. When Jonas turns 12, he’s chosen to receive and keep the community’s memories, via special training from the Giver. By Eric Coble, adapted from the Lois Lowry book.