Victor Hugo’s The Hunchback of Notre Dame, the gut-wrenching Lady Day at Emerson’s Bar & Grill, and titles from Atlanta-connected playwrights Lauren Gunderson and Topher Payne are all part of Theatrical Outfit’s six-show 2017/18 season.

The downtown Atlanta theater, led by producing artistic director Tom Key, also will present its second Unexpected Play Reading Series — this time with one reading each quarter instead of a single jam-packed weekend. Look for titles sometime this summer.

All shows except The Hunchback of Notre Dame are staged at the 199-seat Balzer Theater at Herren’s, 84 Luckie St. NW. Hunchback is at Georgia State’s Rialto Center for the Arts around the corner, at 80 Forsyth St. NW.

Here’s a quick look at the lineup, in chronological order:

The Hunchback of Notre Dame. SEPT. 7-17. Theatrical Outfit teams for a third time with Aurora Theatre (Memphis, In the Heights) to produce a large-scale season opener. The stage musical, based on Victor Hugo’s 1831 novel and the 1996 Disney movie, traces the journey of deformed bell-ringer Quasimodo as he discovers his inner strength. The music is from Alan Menken (The Little Mermaid and Beauty and the Beast) and the lyrics from Stephen Schwartz (Wicked, Pippin). It plays first at Aurora in Lawrenceville (July 20-Aug. 27), then moves intown for this run at the 833-seat Rialto Center for the Arts. Justin Anderson, Aurora’s associate artistic director, directs, with musical direction by Aurora’s Ann-Carol Pence. 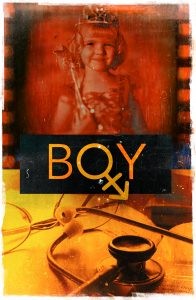 Boy. SEPT. 28-OCT. 22. The Huffington Post called this “a smart, fresh transgender-play twist” and said, “It’s likely there are none like this one, certainly not any more beautifully realized.” Anna Ziegler’s 2016 drama spans 22 years and begins in 1968 Iowa after an accident, when a doctor convinces the parents of an infant boy to raise him as a girl. The drama is based on a true story. Atlanta actor Clifton Guterman, the Outfit’s associate artistic director, plays the title role, and is directed by frequent collaborator Melissa Foulger, who makes her Outfit debut. Among other titles, the New York-based Ziegler also has written the award-winning Photograph 51, famously featuring Nicole Kidman in London, and The Minotaur, seen at Atlanta’s Synchronicity Theatre in 2012. 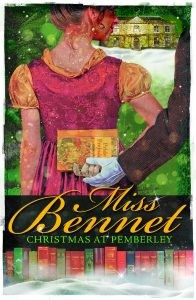 Miss Bennet: Christmas at Pemberley. NOV. 30-DEC. 24. Southeastern premiere. A script from Decatur-born, San Francisco-based playwright Lauren Gunderson (Silent Sky) and colleague Margot Melcon. This holiday sequel, based on characters from Jane Austen’s Pride and Prejudice, takes us to 1815 England and focuses on the middle Bennet sister, Mary, and her hopes for independence, intellectual rigor and maybe even love. The Chicago Tribune called it “a delicious seasonal sequel to Pride and Prejudice” and “a celebration of nerd love in all its overeducated glory.” Atlanta actor/director Carolyn Cook directs. 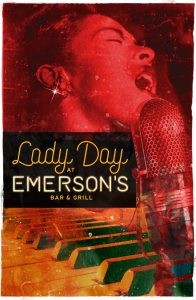 Lady Day at Emerson’s Bar & Grill. JAN. 11-FEB. 4, 2018. This 1986 off-Broadway play with music has found new life since Audra McDonald brought it to Broadway three seasons ago, winning her sixth Tony Award. The time is March 1959. The place, a small bar in seedy south Philadelphia, where jazz legend Billie Holiday is once again trying to resuscitate a career done in by drink, drugs and bad choices. As midnight comes and goes, she tells her story, drinks her cocktails and works her way through such classics as “What a Little Moonlight Can Do,” “God Bless the Child” and “Strange Fruit.” Holiday was dead four months later, at age 44. The script is by Lanie Robertson. Eric J. Little directs, with musical direction by S. Renee Clark. 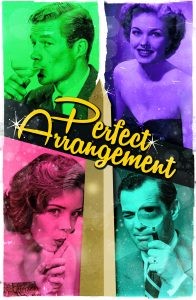 Perfect Arrangement. FEB. 22-MARCH 18, 2018. The New York Times called this award-winning Topher Payne script a “clever canapé of a comedy” when it debuted off-Broadway in 2015. The story unfolds in Washington, D.C., in 1950, where State Department employees Bob and Norma are charged with exposing “moral turpitude” in the government. The problem: They’re gay, and share an apartment-closet go-between with neighbors Jim and Millie, their real partners. The political climate threatens their façade of domestic bliss. Adam Koplan, artistic director of the Flying Carpet Theatre Company in Queens, N.Y., directs. Guterman is again in the cast. 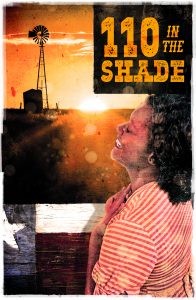 110 in the Shade. MAY 31-JUNE 24, 2018. The Texas town of Three Point is in the midst of a heat wave on July 4, 1936. While everyone else waits for rain, Lizzie Curry daydreams about love. Her wit, intelligence and homemaking skills don’t seem to guarantee a romantic future … until a charismatic rainmaker named Starbuck sweeps in. Based on the N. Richard Nash play The Rainmaker (1954). The score is by Harvey Schmidt and Tom Jones (I Do! I Do!).  The musical was first done on Broadway in 1963 with Inga Swenson (TV’s “Benson”) as Lizzie. In a 2007 revival, Audra McDonald played Lizzie. The Outfit’s Key directs, with Clark once again as musical director.