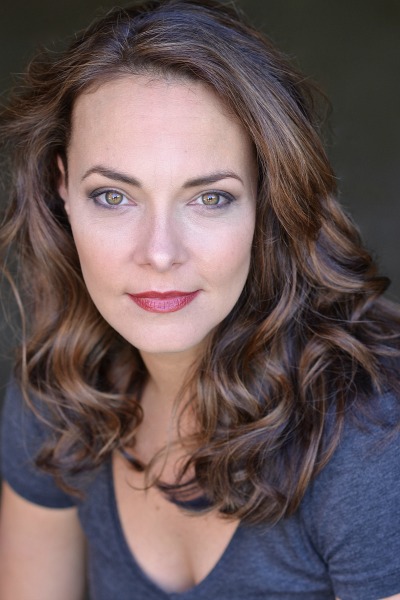 IN BRIEF: Tara is the writing/performing engine behind White Woman in Progress, a crackerjack of a world premiere now at 7 Stages in Little Five Points. The piece was sparked by her work in the Oscar-nominated movie Selma (2014), in which she played civil rights activist Viola Liuzzo, a Detroit housewife who drove from Michigan to Alabama to take part — and was murdered. The story wouldn’t let go. White Woman details Tara’s personal journey with playing Viola, the meaning of racism and what it means to make a positive difference in the world today. White Woman runs through April 9. Details, tickets HERE or at 404.523.7647.

AT THE BEGINNING: “I got the role and felt a huge responsibility to [Viola’s] story,” says Tara, who has a fast wit, a big laugh and a lot of heart. “I felt a bigger responsibility to the movement and felt that I needed to take a step back from everything and get more personally involved.” Tara refers to Heidi Howard, who directs White Woman and is 7 Stages’ artistic director, as her “social justice mentor in the arts.” The more the two talked, the more Tara believed she needed to do the show. “It scared me,” she says, “and that was good.”

WHERE YOU’VE SEEN HER: Doing improv at Dad’s Garage. Doing everything at Agatha’s, A Taste of Mystery. In the recent Lost in the Cosmos at Theatrical Outfit. In Mr. Universe at 7 Stages and in Second City: Miracle on 1280 Peachtree St. at the Alliance Theatre. At Georgia Shakespeare (Hamlet, A Midsummer Night’s Dream) back when “festival” was still part of its name.

FIRST TIME ONSTAGE: At about age 6, in a Christmas church play organized by her mom. Her biggest role was the littlest lamb. And she was an angel once.

HOMETOWN: Doesn’t exactly have one but claims Pensacola, Fla. “My father was in the Navy.”

LIVES NOW: In a house she owns in Kirkwood, on Atlanta’s east side.

EDUCATION: B.A. in theater from Florida State University, where she was paid in beer and pizza for doing improv with the guys who would come north and create Dad’s Garage Theatre Company. Among them: George Faughnan, John Gregorio and Sean Daniels.

ATLANTA 1.O: After graduation, she followed them to Atlanta, intending to stay three years, learn how to “be an adult” and move to Los Angeles. She overshot her time here by six months.

L.A. CALLING: She was there for more than eight years. “I thought that’s what I was supposed to do,” she says. “Atlanta wasn’t where you went to be a professional actor. You went to L.A. There really was not a whole lot of thought put into my life. If it sounded fun, I did it. Luckily it seems to work out.”

NOT NYC? “I think New York was just a little too scary to me. Maybe because I was more interested in TV and film than I was in stage at the time. I didn’t consider myself a singer or dancer. I thought triple threats went to Broadway, and that’s not what I do.”

IN L.A.: She was a company member at ComedySportz LA and ACME Comedy Theater, did several national TV commercials and had small roles on such shows as “Crossing Jordan,” “CSI: Miami,” “One Tree Hill,” “Army Wives,” “Close to Home” and “Samantha Who?”

ATLANTA 2.0: She moved back in 2009. “It was the best decision I ever made in my life,” she says. Eventually L.A. didn’t feel like a real life to her. “I was frustrated. I wasn’t happy with my opportunities. I’d been waiting tables for a long time. I turned into a better actor, and I wasn’t getting better opportunities.”

A WORKING ACTOR: Yup, she’s able to support herself with her art. She does improv and voice-overs, records audiobooks and writes plays. “There aren’t any jobs I do that are separate from the industry. You’ve got to diversify your portfolio for sure.”

WHAT’S NEXT: A combination of things. White Woman likely will tour, especially to universities. She’s also going to dive into nonviolence training that uses improv exercises as a way to teach kids coping skills.

THE TAO OF TARA: “Pretty much everything I’ve done is, ‘This doesn’t feel right. I’m going to make a change.’” It’s working.

For more on Tara, her “White Woman” experiences and life, check out her blog, HERE.