Atlanta playwright G.M. Lupo’s Another Mother is the winner of the 2017 Essential Theatre Playwriting Award, which includes a fully staged production this summer and a $600 prize. 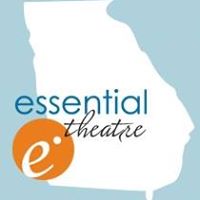 Another Mother follows a woman named Genevieve as she tries to piece together the identities and relationships of the women who have mothered her. “It’s about unintended consequences,” Lupo says in an Essential statement, “and how our actions may affect others we know little or nothing about.” Essential artistic director Peter Hardy will direct.

Lupo, who goes by Matt, is an Atlanta-born author/playwright who grew up in West End, where Essential makes its home. His work has been seen at the Atlanta Fringe Festival, Out of Box Theatre and OnStage Atlanta. He’s a graduate of New York University’s creative writing program and Georgia State University, and is a member of Working Title Playwrights, an Atlanta-based membership organization that fosters new-play development.

For details, or to submit a play for 2018 consideration, go HERE. You’ll also find Essential Theatre on Facebook.