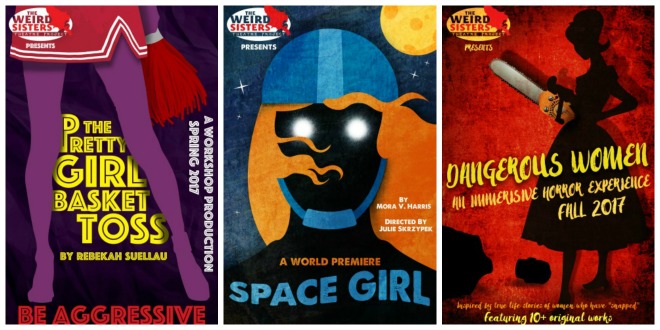 After taking the summer of 2016 off, the Weird Sisters Theatre Project announced a change in leadership; the new team has now announced its inaugural lineup of shows.

The Weird 2017 season, featuring only works written by women, includes a developmental workshop, a world premiere comedy and a collection of original short works. Details:

Weird Sisters was one of three producers — along with 7 Stages and Synchronicity Theatre — of an anti-inauguration staging of Lauren Gunderson’s The Taming, a wildly popular sold-0ut event tht raised money for the ACLU.

Look for details soon on locations, specific dates and ticket prices for the new season.