ANYTHING BUT SQUARE — Encore Atlanta
Skip to content
ShareTweetShare

THERE’S MUCH MORE TO OXFORD THAN OLE MISS AND FAULKNER, INCLUDING INDIE BOOKSTORES, GREAT SHOPPING, FINE DINING AND GOOD EATS

YOU LOVE BOOKS, shopping and fine dining. Your travel partner digs music, Elvis and ribs. Are you’re doomed to vacation separately? Can this relationship be saved? 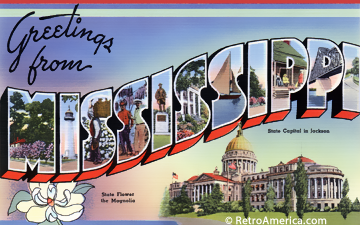 It can, and in Oxford, Miss., of all places. You’ll each find plenty to keep yourselves occupied over a long weekend, and might even find unexpected ways to share the other’s passions.

Yes, Oxford is a college town. And a county seat. It lacks the typical tourist attractions like beaches and casinos that pull travelers farther south to Biloxi and other Gulf of Mexico cities, but it doesn’t have the crowds, noise or frenetic pace that make a post-vacation vacation necessary.

You need just three or four days to get a handle on everything this uncommon small city offers.

The Square is one of the biggest draws in Oxford (pop. 21,000), the seat of Lafayette County in northern Mississippi and 68 miles southeast of Memphis. It’s well worth the 4.5-hour drive.

The Square and its surrounding 10 blocks have been the center of government, commerce and entertainment here for generations. It’s also a big draw for culture fans, gourmets, those who party and those who shop. It does have, as the saying goes, something for everyone.

The Square is central to Oxford’s renaissance as an arts hub, a transformation that began in the late 1970s. Unlike many other Southern cities, strip malls and suburban shopping centers have not yet drained the vitality from downtown.

Oxford is known now for its music, art, theater and literature — and for having a more liberal outlook than might be tolerated elsewhere in the state. It also has a college town feel, thanks to the University of Mississippi, aka Ole Miss, which is a walkable mile or so from the Square.

Shopping on the Square

Lace up those walking shoes. You’re going to spend a lot of time on your feet as you make your way up, over and around the downtown shopping district. Here are three must-sees:

Oxford has a full complement of franchise lodgings, especially along Jackson Avenue West, but three in-town hotels give you a better sense of place.

Remember to plan ahead. The Inn at Ole Miss and the Graduate are already booked for all Ole Miss 2017 home football games as is almost every other hotel within 30 miles. Graduation and weddings also strain availability.

Some 25,000 literary pilgrims make annual visits to this little city, where the shadow of William Faulkner gets most of the attention, but a new generation of writers — fiction, nonfiction and poetry — calls the area home.

Even if you’ve never cracked any of the novels (The Sound and the Fury, As I Lay Dying) that won Faulkner the Nobel, Pulitzer or National Book Award prizes, you should take time to prowl the grounds of Rowan Oak, his home place, which you can do for free. Pay the $5 admission to step inside his antebellum home. Listen closely, and you may hear his lawn chair creak in the side yard or the door to his liquor cabinet click shut.

Yes, you can sing the blues in Oxford. It’s a stop on the Mississippi Blues Trail, known for “hill country” blues music.

Besides being a source of full-time study, research and publishing at Ole Miss (through the Center for the Study of Southern Culture and its Living Blues magazine), Oxford is home to Fat Possum Records, an independent label that counts many blues legends on its artist roster, including Cedell Davis, Ann Peebles and Townes Van Zandt.

If you can’t make a live performance, go record-digging at The End of All Music, which sells new and used vinyl. You’ll find a deep selection of blues and R&B. A few hours rooting through the bins here, one of the top independent music stores in the country according to USA Today and others, will make your music-loving travel buddy deliriously happy.

If you’re really into the blues, bookmark the list of historic markers along the Blues Trail and take a marker-spotting drive in the countryside around Oxford.

Dining on and off the Square

Oxford’s reputation as a dining destination began to grow in 1992, on the day chef John Currence opened City Grocery, putting a modern twist on Southern classics in what once was a livery stable.

Today it’s the flagship of a six-restaurant group that offers food and drink almost around the clock, starting with Big Bad Breakfast and ending with the oyster bar that goes to midnight at Snackbar.

The Rib Cage is a classic college dive. If ribs are your travel partner’s thing and not yours, try the quail dinner ($15.99) or a sampler plate with tenderloin, kielbasa and pulled pork ($22.99).

You could take a day and drive the 90 minutes or so to Memphis (and Graceland), but we recommend a detour at Tupelo on your way back to Atlanta, to visit the place where the King was born.

A few decades ago, Elvis’ neighborhood was made up of modest homes. On our first visit in 1988, we found the white, two-room house with a Mississippi Historic Site marker out front, parked on the street, put a donation in the yellow plastic bucket on the front porch and walked in. We were alone except for the elderly attendant out front.

Today, the house remains but not the neighborhood. In its place is the Elvis Presley Birthplace, with an event center, museum, gift shop, theater, memorial chapel, gardens, an outdoor timeline of his life and even the Assembly of God church he attended as a child. A tour ($17) covers all the buildings, but you can walk the grounds for free.