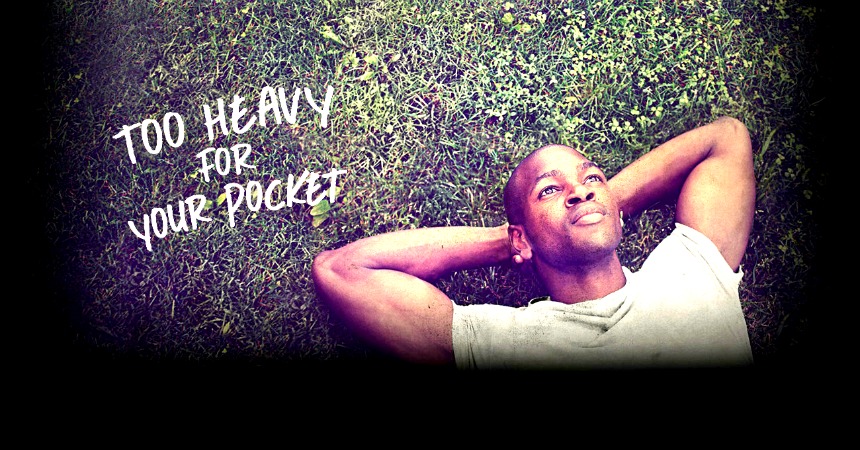 ‘I THINK THEATER IS THE NEW CHURCH,’ SAYS PLAYWRIGHT JIREH BREON HOLDER, WHO REVISITS THE ERA OF FREEDOM RIDERS IN HIS KENDEDA AWARD-WINNING DRAMA

The world premiere of “Too Heavy for Your Pocket” runs Feb. 4-26 on the Alliance Theatre’s Hertz Stage. Details, tickets HERE.

IT’S TOO BAD BOOKS and movies and plays have to have titles. To Kendeda award-winning playwright Jiréh Breon Holder they are more of a burden than an opportunity.

“If it were up to me, I’d just call something Play No. 14,” he says. “But maybe no one would go see that.” So he carries a small batch of maybe-someday titles with him.

Too Heavy for Your Pocket was among them. Holder found that it fit his four-character drama, chosen from 64 submissions — read blindly, with no names attached — as the 2017 winner of the Alliance/Kendeda National Graduate Playwriting Competition, the theater’s one-of-a-kind program to nurture and launch young playwrights.

The Kendeda prize is like panning for gold and finding a fat, shiny nugget. The contest, in its 14th season, gives the winning script a fully staged world premiere production in the 200-seat Hertz Stage, with professional designers and actors and all the support of a major American regional theater. (Four finalists receive staged readings that are free and open to the public on Feb. 8-10.)

[DETAILS ON THE READINGS HERE]

Holder joins an impressive lineup of Kendeda winners, a list of alumni that includes Tarell Alvin McCraney (In the Red and Brown Water), who recently was named chairman of the playwriting department at the Yale School of Drama. His play In Moonlight Black Boys Look Blue inspired the Oscar-nominated feature film Moonlight.

Other alumni include Mike Lew, whose Tiger Style! was produced on the Alliance mainstage in 2015; Megan Gogerty (Love Jerry), who continues to write and perform, do stand-up and teach at the University of Iowa); Bekah Brunstetter, a producer on the NBC drama “This Is Us”); and Meg Miroshnik (The Fairytale Lives of Russian Girls), whose Tall Girls was also done at the Alliance and whose work is produced regularly nationwide.

Holder, a Memphis native and Morehouse College graduate, recently earned his M.F.A. in playwriting from Yale and is working at Emory University as a playwriting fellow. He already has 10 full-length scripts and a half-dozen one-acts to his name.

Holder wrote Too Heavy as a tribute to his mother and grandmother and as a “standing ovation” to the Black Lives Matter movement. “I think theater is the new church,” he says.

The drama, set in 1961 Nashville, centers on two young black couples. Their lives are entwined because the men — Bowzie and Tony — have been best friends since childhood. Bowzie (BOE-see), married to a small-time singer named Evelyn, has earned an academic scholarship to Fisk University. Tony can’t even read; he’s “all muscle,” a mechanic married to the petite Sally.

As the play begins, Sally is graduating from the Joyce Howard School of Glamor. Bowzie begins at Fisk but is unexpectedly drawn in by classmates fired up by the Freedom Riders. “Ain’t no use in sitting up in those classes if I’m the only Negro there,” he says.

Holder says he’s been wanting to write a play “about people who were alive during the civil rights movement and how they chose to respond.” When the Black Lives Matter movement began making headlines, Too Heavy began to percolate.

“For me personally, it’s cut and dried. If an unarmed citizen is killed by a police officer, then there’s something wrong. However, the more I had conversations with people of different backgrounds, the more I realized that not everyone saw it the same way.”

He zeroed in on the activists known as Freedom Riders — peaceful protestors who rode interstate buses into the Deep South — to shine a light on Southern states that ignored U.S. Supreme Court rulings declaring segregated public buses unconstitutional.

As with today’s #blacklivesmatter movement, not everyone supported the Freedom Riders. Evelyn, for instance, thinks her man is a “damn fool” for throwing his life away to ride a bus he doesn’t need to take. “Why you just dangling your scrawny black ass in front of the Klan,” she asks.

Each character has a distinct relationship with the other three. “They all love each other and are very close,” Holder says. “They each have their opinions and each opinion is valid. I tried not to have any villains.”

It’s a lot to ask anyone to “sacrifice their own personhood on behalf of a movement,” he says. “I think I’m particularly interested in how we can incorporate activism into our daily lives. What can we do on a daily basis that moves us forward as a race of mankind? Maybe that’s what all my plays are about.”