Serenbe Playhouse, calling its eighth year “A Season of Rebellion,” will stage the musicals Grease and Cabaret, a new adaptation of Robin Hood, MacBeth, a reimagined Sleepy Hollow and the fourth return of The Snow Queen.

Serenbe, a perennial nominee in the Suzi Bass awards for professional Atlanta theater, is known for doing things its way. That means site-specific — as in outdoor, sometimes without seating — performances that connect art, nature and community.

This season’s Carousel, for example, was set in a working turn-of-the-century carnival. Theatergoers were encouraged to ride the rides, play the games and eat carnival food before performances and at intermission. The recent Miss Saigon featured an authentic Vietnam-era Huey helicopter that took flight during the climactic fall of Saigon scene. Of Mice and Men took place in and around a working barn with live animals and The Sleepy Hollow Experience features living horses that gallop about.

Clowdus, the founder and executive artistic director of the Chattahoochee Hills playhouse, will inhabit the sexually ambiguous Emcee in 2017’s Cabaret. He has been seen in Time Between Us (2012) and au naturel in Hair (2013) at Serenbe, as John Wilkes Booth in Assassins at Fabrefaction Theatre (2012) and, more recently, as Dr. Frank N. Furter in a 2015 staging of The Rocky Horror Picture Show at the Warehouse Theatre in Greenville, S.C.

No other casting has been announced. The season shapes up like this: 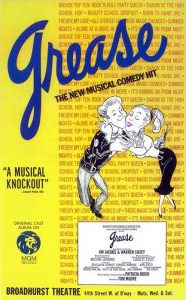 MARCH 23-APRIL 16. This long-lived 1971 musical, based on creator Jim Jacobs’ high school years in Chicago, will be staged as a vintage drive-in. It’s 1959. Will Danny and Sandy ever get together? Will the Pink Ladies and Greasers continue to rule? Will it rain on prom night? The tuneful Broadway original ran for eight years, was revived in 1994 and 2007, had two national tours, became a cult favorite feature film in 1978 and had a live TV production this year. The question remains: Were you born to hand jive? For ages 15 and up. Clowdus  directs.

JUNE 2-AUG. 13. In a new adaptation by Serenbe collaborator Rachel Teagle (The Velveteen Rabbit, The Snow Queen), Sir Robin is forced to become an outlaw, and, with his band of Merry Men, robs from the rich and gives to the poor. In his free time, he woos Maid Marian. Serenbe promises that Sir Robin will go airborne and lead theatergoers in an immersive zip-line experience. For the whole family. 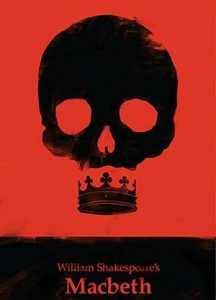 JUNE 22-JULY 9. Shakespeare’s Scottish play begins with a prophecy from three witches, aka the Weird Sisters. It dramatizes the physical and psychological cost of political ambition on those who seek power for its own sake. Timely, no? Duncan, Malcolm, Banquo and Macduff will all be here. This telling of the tragedy will be set amid rocks and water deep in Serenbe’s woods, reminiscent of the Scottish landscape. Amy Boyce Holtcamp directs. Bubble, bubble, toil and trouble, indeed. For ages 14 and up. 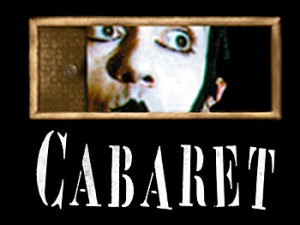 AUG. 3-27. Set in 1929-30 Berlin as the Nazis are coming to power. This musical drama is based on Christopher Isherwood’s 1939 novel Goodbye to Berlin and takes place primarily at the seedy Kit Kat Club, where a darkly humorous Emcee (Clowdus) holds court and a young American writer romances Sally Bowles, one of the club’s singers. Molly Tynes (who was an ensemble member and understudy in Broadway’s 2013 Pippin revival) is Bowles. The 1966 musical has a book by Joe Masteroff and a score (“Don’t Tell Mama,” “Maybe This Time,” the title song) by the great John Kander and Fred Ebb. The Broadway original ran for almost three years, and made a star out of Joel Grey, who won a Tony Award for his work as the Emcee. The show won a total of eight Tonys, including best musical and individual honors for the Kander-Ebb team and director Hal Prince. It was revived in 1987, 1998 and 2014, the latter two with a stripped-down ambience and Tony winner Alan Cumming as an omnisexual Emcee. For ages 16 and up. Clowdus also directs, with Ryan Oliveti as assisstant director. 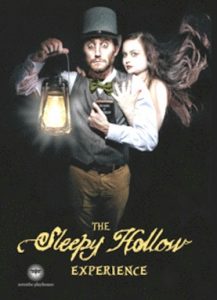 SEPT. 28-NOV. 5. Look for a new adaptation from Clowdus in this thriller’s fifth iteration. The spooky characters — Ichabod Crane, Brom Bones and the Headless Horseman — will, no doubt, be back to churn up spirits and patrons’ jitters in the season of Halloween.

NOV. 30-DEC. 30. The Hans Christian Andersen tale heads into the woods for a fourth time in this Teagle adaptation. It emphasizes the wintry nature of the tale, as young Gerda fights her fears on a journey to save her brother, Kai, from the Snow Queen’s enchantment.