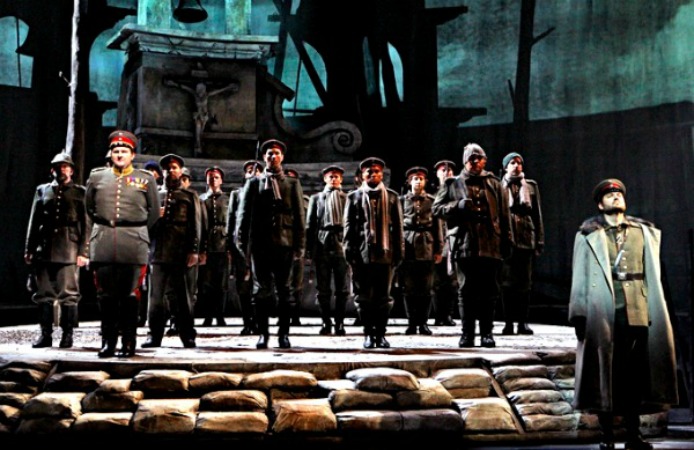 Take five: “Appropriate” (Actor’s Express), “Proof” (True Colors), “Silent Night” (Atlanta Opera), and “Metropolis” with the Alloy Orchestra and Chucho Valdés/Joe Lovano (both at the Rialto Center). Plus. Much. More. Pictured: A scene from the November 2011 world premiere of “Silent Night” at the Minnesota Opera. 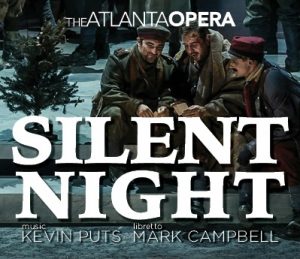 Silent Night. FRIDAY + SUNDAY ONLY. Atlanta Opera stages the Pulitzer Prize-winning piece about Christmastime 1914, when French, British and German soldiers fighting World War I put down their weapons to share cigarettes and brandy, exchange gifts and play soccer. Based on the Oscar-nominated 2005 film Joyeux Noël. Sung in English, German, French, Italian and Latin with English supertitles. $35 and up. 8 p.m. Friday; 3 p.m. Sunday. Details, tickets HERE or at 404.881.8885. 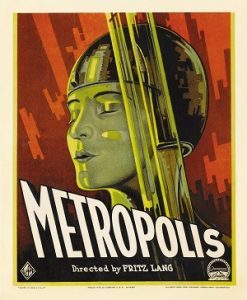 Metropolis with the Alloy Orchestra. SATURDAY ONLY. Visionary director Fritz Lang’s 1927 silent film classic is screened at Georgia State University’s Rialto Center for the Arts, accompanied by the three musicians of Boston-born Alloy. The trio —Terry Donahue, Roger C. Miller and Ken Winokur — uses found percussion and state-of-the-art electronics to create a complete soundscape. Lang’s film, still considered one of the most remarkable ever made, portrays a futuristic city sharply divided between the working class and the city planners. $25. 8 p.m. (arrive at 7 p.m. for a pre-show talk by Alessandra Raengo, an associate professor of moving image studies at GSU). 80 Forsyth St. NW. Details, tickets HERE or at 404.413-9849.

No(se)onenowhere. TONIGHT, SATURDAY + SUNDAY. Israeli physical performance master Ofir Nahari brings this popular piece back to 7 Stages for an encore run. It follows the story of Amassan, a white clown trapped in the loneliness of reality. In a fit of imagination he creates a fantastic, poetic universe. $20.50 + up. 8 tonight + Saturday; 5 p.m. Sunday. 1105 Euclid Ave. NE. Details, tickets HERE or at 404.523.7647.

Chucho Valdés and the Joe Lovano Quintet. SUNDAY ONLY. Lovano, a Grammy Award-winning saxophonist, teams with pianist Valdés and other Afro-Cuban musicians at Georgia State University’s Rialto Center for the Arts. The two have shared the legendary Blue Note Records label for years but have never been onstage together. Valdés, a multi-Grammy and Latin Grammy winner, has been an Afro-Cuban jazz innovator for half a century. The post-bop Lovano has recorded more albums on Blue Note than anyone else in history. $35-$70. 7 p.m. 80 Forsyth St. NW. Details, tickets HERE or at 404.413-9849.