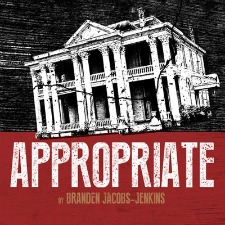 The Actor’s Express season continues with Appropriate, Branden Jacobs-Jenkins’ 2014 domestic drama. It comes with dark-comedy leanings and follows the adult children of a recently deceased Southern patriarch, who just might have been a high-ranking KKK member. According to The Washington Post, the play evokes issues of racism without  a single black character. Jacobs-Jenkins “appropriates, makes his own, a story of white America.” The Southern Gothic sizzler won the 2014 Obie Award (an off-Broadway honor) for best new American play. Jacobs-Jenkins was a 2016 Pulitzer Prize nominee for his play Gloria and this fall received a MacArthur “genius” grant.