The Greater North Fulton Chamber of Commerce has named Robert Farley, co-founder and artistic director of Georgia Ensemble Theatre, as the first recipient of its Nonprofit Vision Award.

The award recognizes visionaries in the community “who abound with creativity and passion, making a difference in the places where they live, work and play.”

It’s the latest in a string of awards for Farley, who has been part of the Atlanta theater community since the late 1980s, when he was artistic director at the Alliance Theatre. While there he directed the area premiere of Alfred Uhry’s Driving Miss Daisy, which became the biggest hit in the history of Southeastern theater.

At GET, he’s directed such shows as The Man Who Came to Dinner, Inherit the Wind and The Buddy Holly Story. In recent years his work has been seen locally at the Gainesville Theatre Alliance, Theatre in the Square and Theatrical Outfit, and regionally at Florida Studio Theatre (Sarasota) and in Hilton Head, S.C. 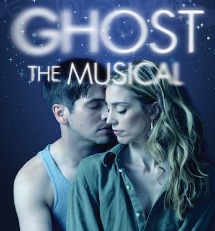 Previously, Farley has received a lifetime achievement award from the Pasadena Playhouse (Calif.) and the 2011 Flourish Award for his body of work from Kennesaw State University. He and GET co-founder Anita Allen-Farley were jointly awarded Public Broadcasting Atlanta’s Lexus Leaders of the Arts and the Leitalift Foundation’s Visionary Leaders Award.

Georgia Ensemble’s 24th season opens with the Southeastern premiere of Ghost the Musical, which Farley directs. The 2012 Broadway show, based on the 1990 movie about a never-ending love, runs Sept. 15-Oct. 2 at GET’s home, the Roswell Cultural Arts Center at 950 Forrest St. Details, tickets HERE or at 770.641.1260. Discount tickets at PoshDealz.com HERE.