The company will do three plays for adults in its Bold Voices series, two musicals for families, and a handful of curated Spark! series events as well as its Playmaking for Kids after-school and summertime drama programs and the acclaimed Playmaking for Girls program that culminates in a June public performance. (This year’s free PFG performances are at 2:30 and 6 p.m. June 11 at the theater’s space, 1545 Peachtree St. N.E. in the Peachtree Pointe building.)

Directors for each production and ticket details will be announced soon.

Here’s a look at the season, in chronological order:

SEPT. 23-OCT. 16. A Bold Voices regional premiere. Revisionist history, anyone? Howard Brenton’s script, centered around the politically contentious affair between England’s King Henry VIII and Anne Boleyn, is described as a “fresh, tantalizing take on a familiar tale of romance, betrayal and  intrigue.” Devout as she is ambitious, Anne navigates courtly love, lust and lies to secure her marriage to Henry as well as the Protestant reformation. Keeping her crown – and her head – is a different matter. This sexy, smart piece was commissioned in 2010 by Shakespeare’s Globe (London) and recently staged at Marin Theatre Company (where former Actor’s Express artistic director Jasson Minadakis is in charge). The Telegraph of London called it “shrewd, funny and drop-dead inventive” and said it takes “the tame conventions of historical drama and hurls them in the privy.” The San Francisco Chronicle said, “In this contentious election season, when candidates claim that God (and, apparently, discrimination) is on their side, Brenton’s play strikes some powerful, resonant notes.” Richard Garner, a founder and the longtime producing artistic director at Georgia Shakespeare directs. 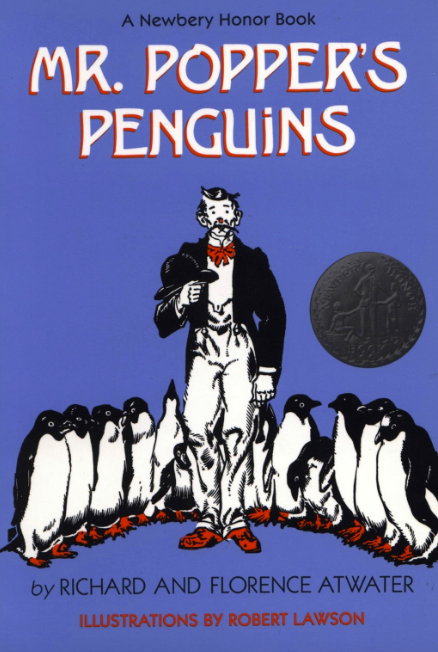 DEC. 9-JAN. 1, 2017. Family Series. This musical for all ages is based on the 1938 children’s book by Richard and Florence Atwater. In it, Mr. Popper, a humble house painter, is surprised when an Antarctic explorer ships him a penguin. One penguin turns into a family of penguins, and suddenly the Poppers have a lot of extra mouths to feed. That when Mr. Popper gets inventive. May directs. 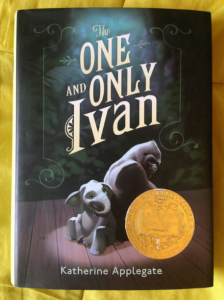 The One and Only Ivan

FEB. 3-26, 2017. Family Series. The musical, based on Katherine Applegate’s Newbery Award-winning novel, tells the true story of Ivan the gorilla, who found a home at Zoo Atlanta from 1994 to 2012, with actors, movement and puppetry. For 27 years, Ivan has lived in a cage at the Big Top Mall, content to paint pictures and people-watch. When he meets Ruby, a captured baby elephant who has been separated from her family, he becomes determined to protect her, find a new home and become the mighty silverback he was always meant to be. Julie Skryzpek (last season’s Fancy Nancy) directs.

MARCH 31-APRIL 23, 2017. Bold Voices world premiere. A sexy romantic comedy turned terrorism thriller. The playwright is Andrea Lepcio, who wrote Looking for the Pony, staged by Synchronicity in 2009. Strait looks at love, truth, prejudice and civil rights in the age of the Patriot Act. Miriam and Zameer – she’s Jewish, he’s a Muslim from Morocco – meet at a party, and it’s love at first sight. When he eventually tells her he’s in the country illegally, she tries to help. But everything might not be as it seems. May directs.

JUNE 2-25, 2017. Bold Voices regional premiere. This drama by Danai Gurira (“The Walking Dead”) tells the story of five women caught in the Second Liberian Civil War (2003) and struggling to negotiate power, protection and peace. Eclipsed, which is nominated for six 2016 Tony awards including best play, made Broadway history. It marked the first time a cast, director and playwright were composed of female, and mostly African-American, artists. The Broadway company, which ends its run June 19, features former Atlantans Saycon Sengbloh, a Tony nominee, and Ayesha Jordan. Both are alumni of Freddie Hendrick’s Youth Ensemble of Atlanta. The Eclipsed ensemble has already been recognized by the Lucille Lortel, Obie, Drama Desk, Outer Critics Circle and Drama League awards. The drama, which has plenty of humor, has been called “miraculous and savagely funny” (Deadline), “rare and powerful” (The New York Times) and a “moving, must-see production” (New York Magazine). The 2015 off-Broadway staging of Eclipsed, at the Public Theater, was extended twice. Synchronicity is one of the first regional theaters to get the rights since the Broadway run began. Atlanta theater artists Tinashe Kajese directs.

Two curated events are scheduled: the Sinkhole Comedy Show on Aug. 12 (a sampling of Atlanta comedians) and The Heath, a workshop production with one woman, one man and a banjo that references both King Lear and playwright Lauren Gunderson’s grandfather. Gunderson (Silent Sky, Exit Pursued by a Bear, EMILIE: La Marquise du Châtelet Defends Her Life Tonight) is a Decatur-born, San Francisco-based writer. Dates to be announced.