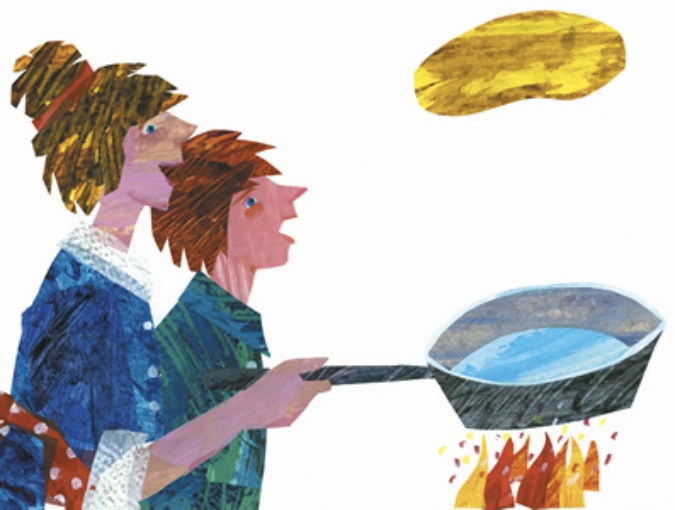 “Pancakes, Pancakes!,” a Family Series show, runs May 31-July 10 at the Alliance Theatre.

JACK WAKES UP to a rooster’s robust crowing and thinks, “I’d like to have a big pancake for breakfast.”

He soon learns, however, that pancakes don’t grow on trees. Or come only from a box of Bisquick.

Jack’s mother is already up and busy. If Jack wants that pancake, he’ll first have to gather the ingredients: flour, egg, butter, milk. But to get the flour, the wheat must be chopped and carted by donkey to the miller for grinding. The hen must provide an egg. The cow must be milked. The cream atop the milk must be churned into butter.

What an ordeal. Is Jack up to the task? Does he have the patience? The stick-to-itiveness? Does he want that pancake bad enough?

Or that it’d be the second large-scale collaboration between the Alliance Theatre and the High Museum of Art in as many years? As they did a year ago with Mo Willems and Knuffle Bunny: A Cautionary Musical, the two are simultaneously showcasing the work of a renowned children’s author-illustrator. While Pancakes, Pancakes! bubbles at the Alliance, the High features the retrospective I See a Story: The Art of Eric Carle, running through Jan. 8.

Pancakes, Pancakes! was chosen by Christopher Moses, the Alliance’s education director and associate artistic director, from dozens of works by collage artist Carle, now in his mid-80s and perhaps most famous for The Very Hungry Caterpillar (1969).

Moses liked that Pancakes is less known than many Carle books (1967’s Brown Bear, Brown Bear, What Do You See; 1977’s The Grouchy Ladybug; and 1984’s The Very Busy Spider, among others).

“What I really love is that it teaches everyone about the process of making a meal together,” Moses says. “I think that’s important — to know that a pancake doesn’t just come out of a box.”

Moses then enlisted playwright Kenneth Lin to turn Pancakes into something children and their grown-ups would want to see onstage.

Lin (Warrior Class, said Saïd), an Alliance/Kendeda National Graduate Playwriting Competition alum, still writes plays and writes for Netflix’s House of Cards. He’d never written a children’s play, but he has a soft spot for the Alliance, which helped launch his career.

Lin, says Moses, is a “brilliant” writer. He knew the playwright, now the father of two sons, ages 3 and 7 months, would do “something incredible with Eric Carle,” something of which they wouldn’t have initially conceived.

Lin says simply, “Seeing how much joy a pancake can bring to a child is a pretty magical thing.”

For inspiration Lin visited the Eric Carle Museum of Picture Book Art in Amherst, Mass. There he discovered Carle’s process of fashioning illustrations by hand-painting and cutting bright pieces of tissue paper and arranging them on a neutral background.

Lin decided he could use Carle’s method in the musical. Playgoers will see characters take shape as pieces of colorful paper. Mother, for example, fashions a beak out of paper and attaches it to Rooster’s mouth. The intent is that the show resemble a picture book in the making.

Of his immersion in Carle’s methods, Lin says, “I came to realize that if a 6-year-old could understand these techniques, then we should be able to demonstrate them so a theater audience would also grasp the concepts.”

Carle’s work, says Moses, a fan since childhood, is “so moving and beautiful, it stops you cold.”

As an arts educator, Moses has seen how deeply the work connects in the classroom. “First, it’s the arresting beauty of the artwork,” he says. “Then there’s the clarity and simplicity of his storytelling. There’s nothing extraneous in any of his stories. And they are so inviting. I think that’s what’s so compelling for kids, teachers, for anyone.”

Playgoers will be able take part in activities that complement the experience of seeing the show.

In other words, the Alliance wants you at the griddle. After all, says Moses, “who doesn’t love making pancakes together?” 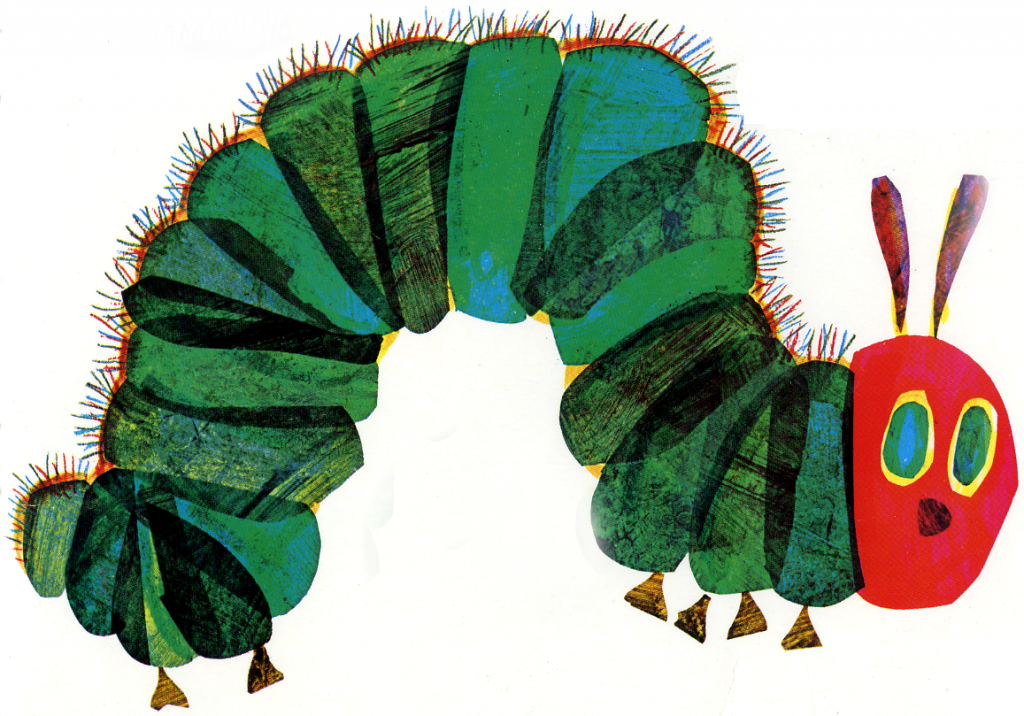