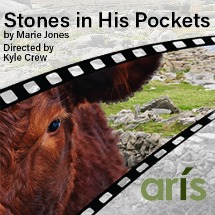 Two actors, 14 roles. Stones in His Pockets, a comedy with heart, is the first mainstage production of the year for Arís!, Atlanta’s 3-year-old stage for Celtic culture. This piece, by Northern Ireland’s Marie Jones, follows what happens when a Hollywood production crew moves in to a small town on the coast of Ireland. As you might guess, cultures clash and hearts are broken. The show had a Tony-nominated run on Broadway in 2001. Arís! performs at Georgia Public Broadcasting, Studio B, in Midtown. Note: It’s pronounced uh-REESH.