WE ARE FAMILY — Encore Atlanta
Skip to content
ShareTweetShare 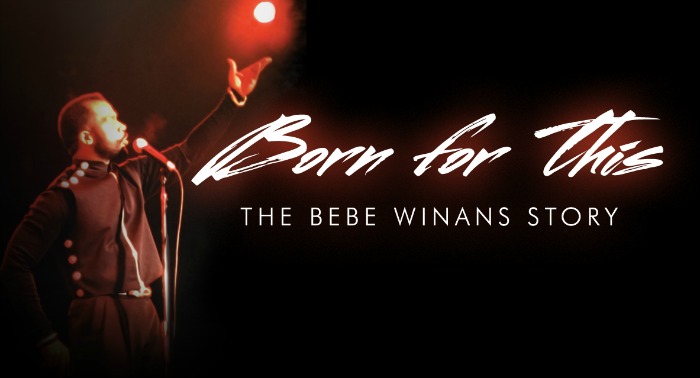 “Born for This: The BeBe Winans Story” runs through May 15 at the Alliance Theatre.

YOU DON’T GO THROUGH LIFE, says BeBe Winans, “thinking that your life could be a musical.”

But in a conversation about 10 years ago, friend and singer-songwriter Roberta Flack sprang an idea on him: “So when are you going to write that musical about your family?”

“It was weird,” BeBe says. “Like, where was this coming from? I thought Roberta must not be taking her medication!”

A few days later in a Montreal hotel room, BeBe says, “It was like a faucet turned on and it started pouring out.” He more or less forgot why he was in Canada. He wrote for days until he had a first draft. He called it Through My Eyes.

Benjamin “BeBe” and Priscilla “CeCe” are the seventh and eighth of 10 children born to Delores and David Winans. Mom and Pop raised their seven sons and three daughters in Detroit, where life revolved around family, love of God and music.

“Y’all had to be crazy to have 10 kids!” BeBe says now, as if hollering to his parents. “I have enough to fret about with two. But 10 kids! I can’t even imagine. My brain hurts when I think about eight more.”

Audiences can get a deeper insight into the close-knit clan in this Alliance Theatre world premiere, now titled Born for This: The BeBe Winans Story, a co-production with Washington’s estimable Arena Stage.

The show follows the rise to fame of BeBe and CeCe. In 1981, at ages 17 and 15, they left home for Pineville, S.C., where they stayed for six years singing gospel on “The PTL Club,” part of Jim and Tammy Faye Bakker’s Praise the Lord Network.

More than anything, Born for This is about family, something you don’t get enough of in a reality-show culture that prefers the dysfunctional, says BeBe. “That is not what we were taught.”

BeBe and CeCe are played by siblings Juan Winans, 34, and Deborah Joy Winans, 31, the children of Carvin Winans, one of BeBe’s older brothers.

Of Mom and Pop Winans’ 34 grandchildren, the Grammy-nominated Juan has always been particularly close to his uncle BeBe.

“Basically, Juan thought he was me. Even as a kid, he was with me a lot. He mimics me so much, he always has.” Juan’s singing voice is similar enough to his own in tone and style, BeBe says.

Deborah Joy, he says, “knew from birth that she was going to be an actress. We would almost laugh at Joy about that, that she was so determined she was not going to sing.” Joy earned a degree in theater and will appear in “Greenleaf,” a dramatic TV series about a megachurch debuting in late May on the Oprah Winfrey Network.

The parallels are amazing, BeBe says. While working through the musical’s many evolutions, BeBe has seen Juan lift up his younger sister’s confidence as a singer, while she helped him strengthen his acting.

“I say amazing because it was the same with me and my sister,” BeBe recalls. “I always had to build up her confidence. Even today she still looks at me to find that comfort zone.” Both live in Nashville and remain close.

“Jim and Tammy were like parents to us,” BeBe says, noting that Jim is still very much a part of his life. (Tammy Faye died in 2007). The two have a common life mission — “a true calling to share the love of God,” BeBe says.

Born for This features the Bakkers and other roles based on real people: Mom and Pop; such Winans siblings as Carvin and twin brother Marvin; and Whitney Houston, who was like a sister to BeBe and CeCe.

Deep into the show, Houston, already an established star, shares a quiet moment with the up-and-coming Winans. “When I’m with you two,” she says, “I get to be Nippy again. And I don’t get to be her much anymore.”

In writing the musical, BeBe says he and Randolph-Wright aimed for honesty above all. “For me, it’s been a therapeutic and sometimes terrifying experience, because, you know, it’s my life. Every emotion there is, from tears to laughter to chills.”

On the page, BeBe’s characters seem to crackle with authenticity.

“Those are some crazy Caucasians,” Mom says when she meets the Bakkers. “They seem nice, but I smell crazy.”

A barber by trade (among other things), Pop was a “yes, sir” and “no, sir” patriarch. When he didn’t like something, he had to get right in and fix it.

There’s a whole mess of them now, including 10 great-grandchildren. Thanksgiving means 80 spending a week in four large Florida beach houses.

How many tickets did the Winans need for opening night?