The downtown company has thus dubbed its 40th anniversary year a “season of hope,” and has programmed four musicals, two co-productions, two world premieres, two one-person shows and a reading festival. The lineup comes with a caveat in tiny type: “Season subject to change.”

If it doesn’t change, it all begins Sept. 8 with In the Heights, the first Broadway musical from game-changer Lin-Manuel Miranda (Hamilton), and ends June 18 with The Dancing Handkerchief, which has a score by Robert Lopez (Avenue Q, The Book of Mormon, the movie Frozen).

If you’d like a look at Theatrical Outfit‘s work sooner, its staging of the 2005 Tony Award-nominated musical The Light in the Piazza runs April 14-May 15 at its usual space, the Balzer Theater at Herren’s on Forsyth Street downtown. Details HERE.

Meanwhile, here’s a chronological look at this season of hope:

SEPT. 8-18. Lin-Manuel Miranda’s 2008 Tony Award-winning best musical is a love letter to New York’s Washington Heights, where the corner bodega serves sweet coffee, neighbors keep their windows open and the rhythms of salsa, soul and hip-hop underscore daily life. A charismatic store owner (Miranda on Broadway) guides us through his corner of Manhattan, where the people must choose between tradition and the future. A co-production with Aurora Theatre (where it runs July 21-Aug. 28). The Outfit does it at the Rialto Center for the Arts downtown. Aurora associate artistic director Justin Anderson (Into the Woods) directs. 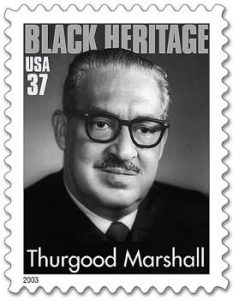 SEPT. 29-OCT. 16. This one-character drama by George Stevens Jr. follows U.S. Supreme Court Justice Thurgood Marshall from his childhood in back-alley Baltimore to Howard University and law school, through the fight for civil rights and to the highest court in the land. According to the Los Angeles Times, “If the curriculum in schools were presented with half as much personality, the gaps in our knowledge wouldn’t be so pronounced.” Laurence Fishburne played Marshall in the 2008 Broadway run. Outfit artistic associate Eric J. Little directs. 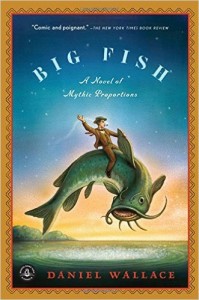 NOV. 17-DEC. 18. A musical inspired by the 1994 Daniel Wallace novel of the same name (and Tim Burton’s 2003 movie). The big fish in this case is an Alabama man named Edward Bloom, a traveling salesman whose biggest hope is to live life to its fullest. His tall tales thrill everyone but his son, who’s about to become a father himself and demands to know the truth behind Dad’s epic stories of giants, fortune-telling witches and mermaids. The score is by Andrew Lippa (The Wild Party, john & jen, The Addams Family). Outfit artistic director Tom Key directs, with choreography by Ricardo Aponte. The Broadway original ran only three months and received no Tony nominations.

JAN. 21-22, 2017. Titles will be announced this summer, but the Outfit describes this inaugural festival as a place to see “top-notch talent bring characters and plots to life” in four “new or newish” scripts. The event will include a playwriting panel and a reception. $10 per reading  or $35 for a four-show pass.

Lost in the Cosmos: The Last Self-Help Seminar

MARCH 23-APRIL 15, 2017. Prodigy. Superstar. Activist. Exile. One of the true divas of the 20th century, vocal powerhouse Nina Simone (1933-2003) defied classification and defined a generation. This musical revue embraces the rich legacy of a woman who sang everything from jazz and gospel, to blues. Broadway and rock ‘n’ roll. It features such songs as “I Loves You, Porgy,” “The Look of Love,” “My Baby Just Cares for Me” and “Here Comes the Sun.” Outfit artistic associate Patdro Harris (Fly) directs.

JUNE 1-18, 2017. World premiere. A co-production with New York’s Flying Carpet Theatre Company. Magicians, puppeteers and balladeers pull audiences into a fantastical musical world — part Edward Gorey, part Disney’s F​antasia.​ A child apprenticed to a magician ruins a show and attempts to run away. Instead, a dancing handkerchief lures the child into the magician’s bag of tricks, where a whimsical land with amazing props and much more awaits. Key has a leading role.