WITH HER ONE-WOMAN PIECE, ATLANTA-BASED TERRY BURRELL HELPS FULFILL A STAR OF YESTERYEAR’S WISH TO BE REMEMBERED. 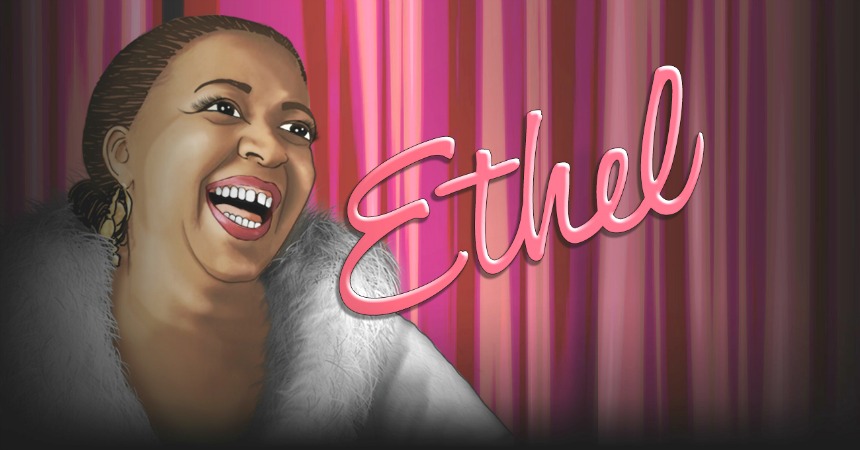 CREATING THIS ONE-WOMAN SHOW has been a 20-year journey for Atlanta-based Broadway talent Terry Burrell. But she insists she’s not the star.

“This is Ethel’s show,” she says. “Ethel is the star here and I’m just the storyteller.”

Burrell considers Waters the first crossover artist, too. Audiences of the 1920s knew well the big, busty voices of Bessie Smith and “Ma” Rainey” but were surprised by the clear, sweet sounds of Ethel Waters.

“Ethel had a small but pure voice,” Burrell says. “In my head, I think of Ethel as the Diana Ross of her day, in the way that Diana did not sing like Aretha Franklin.”

Waters had a sound and style to which mainstream audiences could relate. Her piano player Lou Henly advised her to listen to Rudy Vallee and Fanny Brice, Burrell says. “He told her to start singing those kinds of songs” — songs such as “Dinah” and “There’ll Be Some Changes Made.”

Soon, Burrell says, “White audiences were coming up to Harlem to hear Ethel sing. It wasn’t long before Waters also earned high praise for her fine dramatic acting, in addition to her natural talent as an expressive singer with a lively spirit.”

Burrell realized long ago that Ethel Waters’ songs suited her voice, too. And they have more than just that in common.

“One thing I absolutely share with her is the love of performing,” Burrell says. “You really hear the joy when you listen to her recordings. Like her, I’m most at home when I’m on the stage. That’s my element. I love connecting with the audience, and that’s what she lived for and what she did very well.”

Waters’ courage, strength and faith were tremendous, but she could be contradictory.

People often think of a grandmotherly figure, even a benign figure, Burrell says, “but she was a very complicated individual. I often talk about the masks we wear. With Ethel, I try to give a peek behind her mask.”

For a long time, Burrell figured she would find a writer to create a Waters vehicle in which she could star. It gradually occurred to her that it was time to step out of her comfort zone. “How much more bold and dangerous can it be to say I am both actor and playwright?”

Burrell hopes that Ethel creates conversations while educating audiences about a pioneering star of yesteryear.

“Ethel did not want to be forgotten. For a time in her life she was rendered obsolete, invisible, and that was just terrible for her.”

The actor becomes a writer

Burrell has been doing theater in New York and regionally for 30 years, with credits that include the original production of Dreamgirls, Mrs. Meers in Thoroughly Modern Millie, a camel in Just So Stories and Atlanta playwright Janece Shaffer’s Brownie Points at Theatrical Outfit.

“I’d been at this for so long that I didn’t know what I had. I had all these vignettes and pieces. Janece looked it all over and said, ‘Terry, I think you have something really special here.’ And we met and talked it through in a way that helped me see what could logically come next. She helped me get to the heart of what each scene needed.”

Also key in developing Ethel: Alliance artistic director Susan V. Booth. Burrell calls Booth “the most wonderful, fair-minded human being. I will be eternally grateful to her.”

“All along I knew I wanted my show to be done in Atlanta,” Burrell says, “and I wanted it to be done at the Alliance.” (Earlier versions played Philadelphia’s Walnut Street Theatre and the Alabama Shakespeare Festival.)

Burrell had never worked with Booth. Their meeting, she says, was just a couple of gals, sitting around chatting. “For the first time ever we were talking woman to woman, soul to soul, and realizing how much we liked each other.”

At some point in the conversation, Booth told Burrell: “Oh, by the way, we are doing your show.” Burrell’s response: “Thank you, Jesus!”