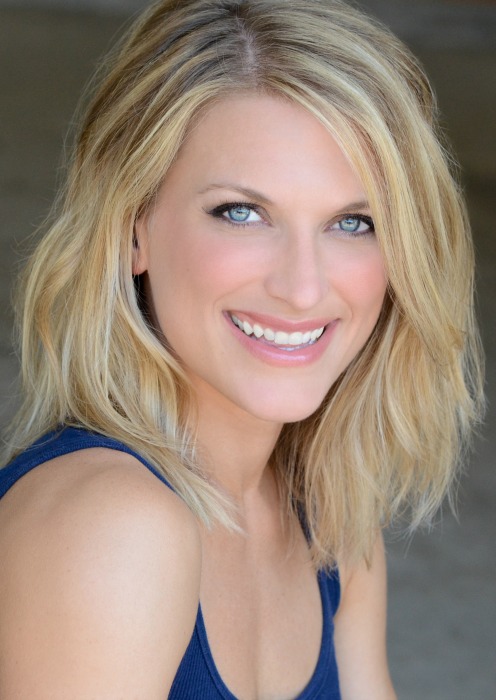 I’ll come clean up-front. Taylor M. Dooley is one of my favorite Atlanta actors. She’s known mostly for her comedy but can just as easily handle the meaty dramatic stuff. Forever in my memory is her performance in a reading of Theroun Patterson’s That Uganda Play — mousey housewife, a background character in Act 1, becomes a hair-raisingly frightening power monger in Act 2. Dooley can do almost anything (casting directors?). See her through March 12 in the scripted sketch comedy Woman of the Year at Dad’s Garage.

LIVES NOW: In Johns Creek with her husband, Ethan Rogowski and their daughters Veda (VAY-da), 4, and Edie, 20 months.

WHERE YOU’VE SEEN HER: Most recently in Throw Me on the Burnpile and Light It Up at Aurora Theatre. Also at Dad’s in such (um) family fare as Dementia Juice, Effed Up Fairy Tales, Slaughter Camp and Merry %#@!ing Christmas (with the Alliance Theatre). Also Anton in Show Business and The Dumb Waiter (Weird Sisters Theatre Project); Exit, Pursued by a Bear (Synchronicity Theatre); and as a day player on the Lifetime TV series “Drop Dead Diva.”

ABOUT KATIEBIRD: The horror flick was her first film out of college. She played a young serial-killer-in-the-making. It “had a nice little underground following” and became a festival favorite.

WHERE YOU’VE HEARD HER: On the animated series “Rick and Steve: The Happiest Gay Couple in All the World” and voiceovers on commercials for Delta Community Credit Union, the Georgia Lottery, Walmart, SeaPak and the game “Brutal Legend.”

COMMERCIALLY SPEAKING: She’s among the great pool of Atlanta actors seen whooping it up (and saying little else) on Gas South TV ads.

EDUCATION/TRAINING: B.A. in theater studies from Emory University, plus ensemble work in Los Angeles with the Hollywood Refugees and the Escapees Improv Troupe. She’s in her fifth year as a general company member at Dad’s.

FIRST TIME ONSTAGE: Second grade on a school trip to Stone Mountain, where the tour guide asked Dooley and her classmates to take part in mini-history plays. All the girls’ roles were gone, so Dooley was asked to play a man. Her memory: “I said, ‘Take that, you traitor!’ then shot and killed someone famous. I had a huge fake rifle and was the hit of the day. The crowd went wild.”

WHY THEATER? Because other than my child being born nothing gives me the rush, the excitement. The ability to move an audience, whether to laughter or tears, to be able to help people escape, if only for a moment, there’s no greater experience. To have so many life experiences [via the roles she plays] without any real consequences. What more could you ask for? You think, ‘I’m going to bring this person to life. How am I going to animate this script?’ It’s always incredibly exciting.”