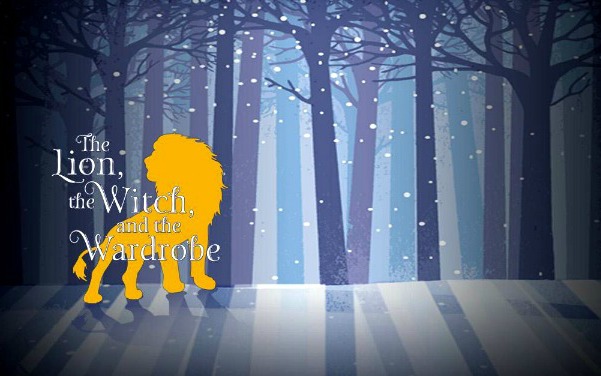 “The Lion, the Witch and the Wardrobe” opens Feb. 27 and runs through March 20 at the Alliance Theatre.

WHY BUILD A SLEIGH for the White Witch when several acrobatic artists can be that sleigh?

Audiences at the The Lion, the Witch and the Wardrobe can look forward to just this sort of “adventurous theatrical magic,” says well-known Atlanta actor Tess Malis Kincaid, who plays the White Witch. She’s the one who furiously drives the sleigh in the Alliance Theatre staging of C.S. Lewis’  1950 children’s classic.

Director Rosemary Newcott and choreographer Jen MacQueen have taken a straightforward stage adaptation by le Clanché du Rand and flipped it on its lion paws in many unexpected ways.

Du Rand wrote a one-act touring production for two players, but the script’s narrative style allows for a certain amount of artistic freedom, one big reason it appealed to Newcott, who leads the Alliance’s Theatre for Youth and Families program.

So in this staging, nine performers — seven with strong dance and circus arts skills — help reveal through choreographed movement the story of four children who climb through a magic wardrobe and into the fantastical land of Narnia, where they find adventure and mythical creatures, good and evil, and plenty more.

The movement artists won’t depart from the story to do a little dance here and there. Instead, their intricately designed steps and positions will help reveal the mysterious tale in a show-while-telling manner. They’ll also help convey scenery and assist with setting props.

When a teacup is needed, they’ll have something to do with its sudden appearance. When the story brings playgoers to a lamppost in the snow-laden forest, it, too, will be a living, breathing thing.

“I hardly ever get to work with this much freedom,” says MacQueen. “We are the set. We are the trees, we are the lamppost the children see when they first step into Narnia.”

For example, she says: “Our lamppost is a two-person upside-down inverted stack. One girl has a lit globe between her feet, and she’s upside-down on top of another actor-dancer.”

Early in her career, director Newcott acted with Atlanta’s Academy Theatre. “Physical metaphor” movement, inspired by the innovative Pilobolus dance theater, was a signature. Because the Lewis classic is rooted in transformation, Newcott felt the style was particularly right for this show.

“It has strains of Pilobolus, strains of contemporary, strains of the circus,” is how MacQueen encapsulates her choreography.

Both she and Newcott say that creating this Lion has been a joyous process that began with lengthy discussions about what images and movement patterns would work in various scenes.

“Jen is the perfect collaborator,” Newcott says. Both artists were open to trying ideas, eliminating when necessary, revising and tweaking again and again to serve the needs of the story “and bring a beloved book to life.”

The dancers also provided input, Newcott says. They were cast for their physical and mental agility and because they were unafraid to experiment physically. Rehearsals involved lots of creative problem-solving.

MacQueen’s circus vocabulary has become such a central part of her life “that it worms its way into everything I do everywhere.” She teaches dance at Kennesaw State University and classes elsewhere. And she owns Akrosphere, a full-scale circus arts and aerial studio in Alpharetta.

Kincaid, last seen at the Alliance as Nurse Ratched in One Flew Over the Cuckoo’s Nest, appreciates that Lion has “encouraged me to step out of my comfort zone.” The sleigh ride, for example, entails “moving in and out of each other in unusual ways. It’s been very interesting, challenging and a whole lot of fun.”