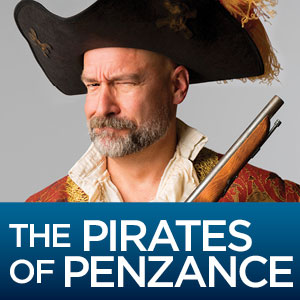 Atlanta Opera has added a fifth performance to its upcoming run of Gilbert & Sullivan’s The Pirates of Penzance — the first time in its history it has done so.

The classic comic opera runs March 5, 8, 11 and 13. The extra performance is a family-friendly matinee at 3 p.m. March 12. Tickets for all performances are available HERE.

The story: When an apprentice pirate named Frederic achieves full pirate status, he and his mates court the daughters of Major-General Stanley, who’s the very model of a modern major-general. This sets off a series  of riotous events that pit Frederic against his pirate clan.

The performances are sung in English. This production is courtesy of the Lyric Opera of Kansas City. The opera performs at the Cobb Energy Performing Arts Centre in northwest Atlanta at the intersection of I-75 and I-285.