Aurora Theatre’s “Wit” and the opening of “Sweeney Todd” at Actor’s Express top our list, while “Charley’s Aunt” ends its run at Georgia Ensemble Theatre. 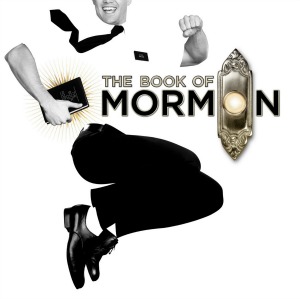 The Book of Mormon. CLOSES SUNDAY. Those shiny-faced Mormons are back in Atlanta (and Uganda) for more equal-opportunity offensiveness and a surprising amount of heart. The Broadway company is in its fifth year; Atlanta sees one of two national touring companies. The show won nine Tony awards, including best musical. $35-$150. Fox Theatre, 660 Peachtree St. N.E. Details, tickets HERE, in person at the Fox ticket office or at 855.285.8499. 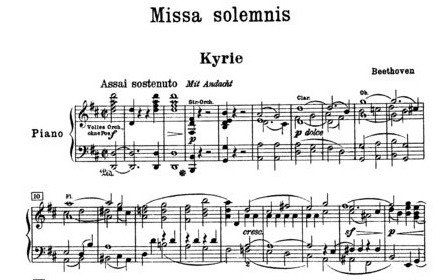 As You Like It. THROUGH JAN 31. Take a trip into Shakespeare’s enchanted woods, where Rosalind and Orlando pursue love in the most circuitous way. Pub menu and libations available. $15-$36. 7:30 p.m. Thursday-Saturday; 6:30 p.m. Sunday. New American Shakespeare Tavern, 499 Peachtree St. N.E. Details, tickets HERE or at 404.874.5299, Ext. 0. Discount gift certificates at PoshDealz.com.

Disgraced. PREVIEWS JAN. 27 | OPENS FEB. 3. Winner of the 2013 Pulitzer Prize for drama, a Tony Award nominee for best play, the most-produced play in America this season and soon to be an HBO movie. American playwright Ayad Akhtar tells the story of a lawyer who’s rapidly moving up the corporate ladder while distancing himself from his Muslim roots. When he and his wife host a dinner party, friendly conversation turns deeper and more dangerous. Post-show conversations follow most performances. Note: Contains profanity, extreme violence and adult themes. Recommended for ages 17 and up. $20-$95. Through Feb. 14. 7:30 p.m. Tuesday-Thursday; 8 p.m. Friday; 2:30 + 8 p.m. Saturday; and 2:30 + 7:30 p.m. (no show at 2:30 p.m. Jan. 30). Alliance Theatre, Woodruff Arts Center, 1280 Peachtree St. N.E. Details, tickets HERE or at 404.733.5000. Discount tickets for preview performances at PoshDealz.com. For more, see this ENCORE FEATURE. 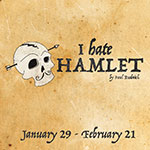 Moxie. PREVIEWS JAN. 28-29 | OPENS JAN. 30. World premiere. A Marine in Afghanistan connects with his son by crafting a handmade book. As the unfinished book journeys around the world, all who touch it are sparked to add their personal stories, contributing to its mystical force. The script by Atlanta playwrights Brian Kurlander and Lane Carlock was launched in the inaugural year of the Alliance Theatre’s Reiser Atlanta Artists Lab. The 11-member cast is led by Carolyn Cook and Bobby Labartino. At Theatrical Outfit. $20-$55. Through Feb. 21. 7:30 p.m. Wednesday-Friday; 2:30 + 7:30 p.m. Saturday (7:30 p.m. show only on opening night); and 2:30 p.m. Sunday. Balzer Theater at Herren’s, 84 Luckie St. N.W. Details, tickets HERE or at 678.528.1500.

The Toxic Avenger. OPENS JAN. 29 | THROUGH MARCH 13. Horizon Theatre presents the 2008-09 Outer Critics Circle Award winner for best off-Broadway musical. The show has a rock score and is based on the 1984 superhero horror comedy movie. It features Nick Arapoglou, who’s been away from the stage too long, as the hero, and the supremely talented Michael Stiggers and Leslie Bellair, among others. $25 and up. 8 p.m. Wednesday-Friday; 3 + 8:30 p.m. Saturday; 5 p.m. Sunday. At the corner of Austin and Euclid avenues in Little Five Points/Inman Park. Details, tickets HERE or at 404.584.7450. 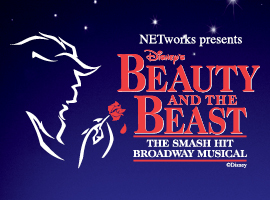 The Missing Generation. FEB. 4-7. 7 Stages brings San Francisco’s Sean Dorsey Dance to town with this new dance-theater work that explores the contemporary impact of the loss of part of an entire generation of gay and transgender people to AIDS in the 1980s and 90s. The piece was created over two years through oral history interviews with survivors in six U.S. cities, including Atlanta. $22.50.8 p.m. Thursday-Saturday; 5 p.m. Sunday. 1105 Euclid Ave. N.E. Details, tickets HERE or at   404.523.7647.

Moulin Rouge: The Ballet. FEB. 5-13. Atlanta Ballet invites you into the bohemian world of Paris in its heyday, the spiritual birthplace of the squealing, skirt-flipping cancan, and the Moulin Rouge, the most famous cabaret in history. Experience a story of young love and rising stardom in this story ballet choreographed by Jorden Morris. $20-$127. 8 p.m. Feb. 5 and 11-13; 2 p.m. Feb. 6-7. Cobb Energy Performing Arts Centre, 2800 Cobb Galleria Parkway, Atlanta. Details, tickets HERE or at 404.892.3303.

[COLUMN: 10 MUST-SEES FOR YOUR THEATERGOING CALENDAR]