What to see in ATL theater: Sondheim, Gunderson, and ... — Encore Atlanta
Skip to content
ShareTweetShare

This rundown features 10 plays/musicals from six Atlanta companies — Actor’s Express (2), the Alliance Theatre (2) and Aurora Theatre (3), and one each from 7 Stages, Synchronicity Theatre and Theatrical Oufit. These are the titles that made us go “ooohhh” when we heard they’d been booked. We’ve tossed in a few honorable mentions, as well. Any theater city in America would be proud to boast such a lineup.

Jan. 14-Feb. 7 | Aurora Theatre. We haven’t seen this Pulitzer Prize-winning masterpiece by Margaret Edson since 1999 at the Alliance Theatre. It’s high time. Mary Lynn Owen (Aurora’s 4000 Miles, Theatrical Outfit’s Dividing the Estate and many, many more) plays Dr. Vivian Bearing, a brilliant literature professor dying of ovarian cancer. Chris Kayser plays her chief oncologist and her father in this funny-sad drama about the importance of kindness and the harshness of modern medicine. Edson’s language is razor-sharp and smart. Her story will break your heart and fill you with the beauty of life’s possibilities. Directed by Pittsburgh-based Tlaloc Rivas. Details, tickets HERE.

Jan. 23-Feb. 22 | Actor’s Express. The West Midtown playhouse continues an excellent season with this operatic musical, considered by many to be Stephen Sondheim’s masterwork. Kevin Harry (Murder Ballad, Aurora’s Les Miserables) picks up the vengeful razor of Todd; Deborah Bowman (Serenbe Playhouse’s A Streetcar Named Desire) is Mrs. Lovett, his co-conspirator, chief encourager and purveyor of meat pies. Meow! Sweeney demands much of its players. We’re eager to see how artistic director Freddie Ashley and his players stand up to the task. This murderous tale, subtitled The Demon Barber of Fleet Street, is bloody and bloody good but may not be everyone’s cup o’ tea.  directs. Details, tickets HERE. 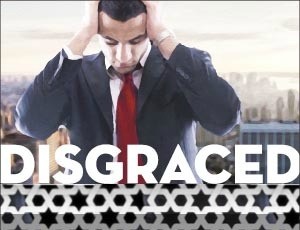 Jan. 27-Feb. 14 | Alliance Theatre. A perfect play for our time. American playwright Ayad Akhtar’s explosive Pulitzer Prize-winning drama is the most-produced play in the nation this season, with 18 stagings, according to American Theatre magazine, which counts such things. In it, a Pakistani-American lawyer learns that his wife and friends are less tolerant than he thought when, at a seemingly innocent dinner party, they show their true selves and the evening dissolves into ugliness and hate. The New York Times called Disgraced “terrific” and “turbulent.” The 4-year-old piece seems prescient now and likely, even sadly, topical for years to come. It’s soon to be an HBO film, but see it here first, live and in person. The five-person cast features Atlanta actors Courtney Patterson and Andrew Benator; and Zimbabwe-born, Atlanta-based Tinashe Kajese (Blues for an Alabama Sky, True Colors’ Detroit ’67). New York-based British-Indian actor Jaspal Binning plays the lawyer; Los Angeles-based Ali Sohaili is his nephew. Artistic director Susan V. Booth directs. Details, tickets HERE 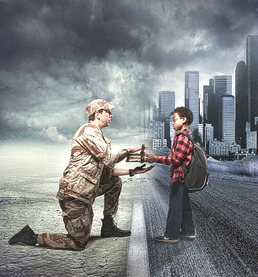 Jan 28.-Feb. 21 | Theatrical Outfit. World premiere. This drama by Atlanta playwrights Brian Kurlander and Lane Carlock was developed during the inaugural year of the Alliance Theatre’s Reiser Atlanta Artists Lab, no small feat and no small achievement. In it, a Marine in Afghanistan connects with his son by crafting a handmade book. As the unfinished book of Moxie travels around the world, all who touch it are sparked to add their personal stories, contributing to its mystical force. Carolyn Cook (Blackberry Winter) and Bobby Labartino lead an 11-member cast that includes Danielle Deadwyler, David de Vries, Tony Larkin and Maria Rodriguez-Sager. Atlantan Elisa Carlson directs. Details, tickets HERE.

Jan. 29-Feb. 21 | Aurora Theatre. This drama has proven to be the biggest hit yet for Decatur-bred, San Francisco-based playwright Lauren Gunderson, a favorite around the nation and especially her hometown. It won the 2014 Harold and Mimi Steinberg/American Theatre Critics Association New Play Award and was a finalist for the 2014 Susan Smith Blackburn Prize, which honors women playwrights. The story: The night before a class assignment is due, Caroline and Anthony plumb the mysteries of a Whitman poem, unaware that a deeper mystery has brought them together. I and You mixes Leaves of Grass, Jerry Lee Lewis and Coltrane with some spooky and surprising poetic serendipities. Featuring J.L. Reed (a Suzi Bass Award nominee for the Alliance’s Courage) and Devon Hales (a Suzi winner for the Alliance’s Knuffle Bunny: A Cautionary Musical). Expect an in-the-round set in the Harvel Lab. Aurora’s Jaclyn Hofmann directs. Details, tickets HERE. 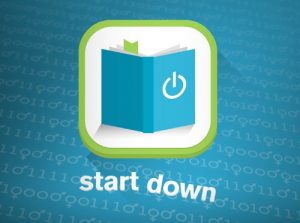 Feb. 13-March 6 | Alliance Theatre. World premiere. This year’s winner of the Alliance/Kendeda National Graduate Playwriting Competition, an event that has introduced such playwrights as Tarell Alvin McCraney, Mike Lew, Kenneth Lin and Meg Miroshnik to Atlanta audiences. This piece, by New York University/Tisch School grad Eleanor Burgess, questions how we live, how we educate our children and our core values around technology. The plot: Inspired by his girlfriend’s high-school teaching career and eager to make a cutting-edge product, a software developer forms a company dedicated to making online tutorials tailored to individual student needs. It’s a brilliant idea until the program threatens some deeply held beliefs about student/teacher relationships. Also scheduled: Four staged readings of plays by the runners-up. Jeremy B. Cohen, producing artistic director at the Playwrights’ Center in Minneapolis, directs. Details, tickets HERE. 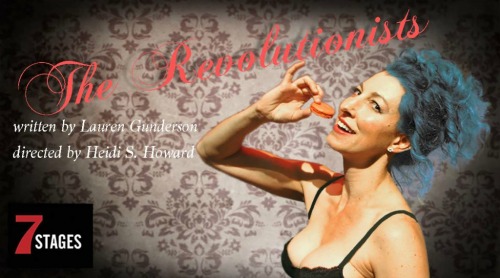 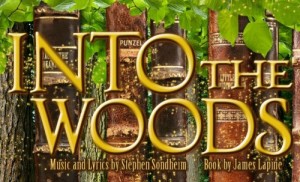 March 10-April 17 | Aurora Theatre. The unparalleled Stephen Sondheim explores what happens after “happily ever after” in a fractured fairy tale that includes Cinderella, Jack and his beanstalk, Little Red Riding Hood, a couple of wolves, Rapunzel, a baker and his wife and, of course, a witch. As you might imagine with Sondheim, these woods can get dark and twisty, so this award-winning musical (three 1988 Tonys, five Drama Desk awards) might not be appropriate or entertaining for all ages. Aurora’s Justin Anderson, one of our favorite directors, leads a 16-person cast that includes Caroline Arapoglou, Natasha Drena, Bernardine Mitchell, Brandon O’Dell, Diany Rodriguez and Googie Uterhardt. Tickets, details HERE. 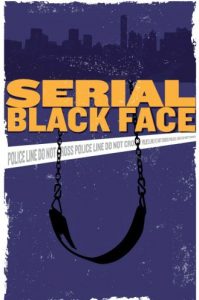 April 2-24 | Actor’s Express. World premiere. Young playwright Janine Nabers, a Juilliard grad, sets her story in 1979 Atlanta, during the Atlanta Child Murders. The plot: A single mother copes with the disappearance of her son and her troubled teenage daughter while pondering the possibility of a new love. Serial Blackface won the 2014 Yale Drama Series competition for full-length, unpublished works. “Janine Nabers is an extraordinary writer,” said playwright Marsha Norman (‘night, Mother) when choosing her for the Yale prize. “The crackling dialogue and the unswerving honesty are beautiful to experience.” Freddie Ashley again directs. 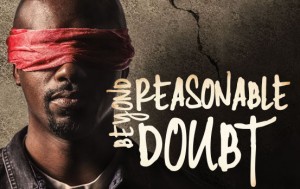 April 8-May 1 | Synchronicity Theatre. A Synchronicity-commissioned world premiere. Atlanta playwright Lee Nowell has been working on this drama, described as a “balanced investigation of diverse beliefs about race, justice and the death penalty” for four years. It features a burned-out activist who finds purpose in efforts to exonerate Troy Anthony Davis, convicted and executed for the 1989 murder of a police officer in Savannah; her exasperated corporate lawyer husband; and an experienced civil rights activist who clashes with her grandson in light of a trauma in their past. The two acts are played in alternating order — with Act 1 coming first one night and Act 2 coming first the next. Discussions follow each performance. Producing artistic director Rachel May directs a cast that includes Cynthia D. Barker, John Benzinger, Lane Carlock, Danielle Deadwyler and Eric Mendenhall. Details, tickets HERE. 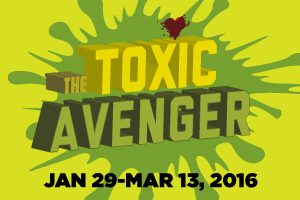 The Toxic Avenger, an Outer Critics Circle Award winner for best off-Broadway musical, opens Jan. 29 at Horizon Theatre. It’s based on the 1984 superhero horror comedy movie and has a rock score. Nick Arapoglou, who’s been away from the stage too long, is the hero, and the cast includes the supremely talented Michael Stiggers and Leslie Bellair. Through March 13. Heidi Cline McKerley directs. Details, tickets HERE. 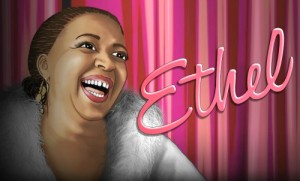 The Alliance offers two musical bios, one upstairs, one downstairs. Born for This: The BeBe Winans Story, a new American musical about gospel-R&B siblings BeBe and CeCe, opens April 13 on the mainstage. Singer-actor-playwright Terry Burrell brings Ethel, her one-woman story about blues-jazz great Ethel Waters (1896-1977) to the Hertz Stage on March 25. Details, tickets for both shows HERE.

Last but certainly not least, cabaret artist Libby Whittemore returns to Actor’s Express for two shows. A greatest-hits songfest runs March 3-6 and The ’70s, Part 3 runs June 23-26. If you’ve ever seen and heard Whittemore, with her powerful, soaring vocals and funny patter, you know why she makes this list. If you haven’t, do yourself a favor and check her out. Details, tickets HERE.