If music be the food of love ... — Encore Atlanta
Skip to content
ShareTweetShare 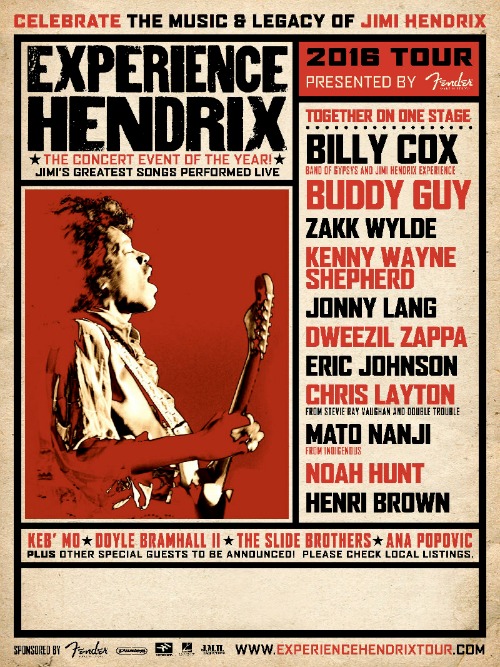 A FORMER MOVIE PALACE that was originally planned as part of a large Shrine Temple, the Fox Theatre’s blend of Islamic and Egyptian architecture and night sky ceiling make it one of America’s most picturesque places to see a concert. Everything from classic rock and hip-hop to contemporary classical music and New Age/world music fusion plays here.

Here’s a quick look at much of what’s coming up now through April. (Please note: Several concerts were added after this piece was reported. They include HeartByrne, a Tribute to the Talking Heads on Jan. 1; Fantasia and Anthony Hamilton on Jan. 2; an evening of singer-songwriters with Patty Griffin, Sara Watkins and Anais Mitchell on Feb. 18; the 12th annual Atlanta Blues Festival on Feb. 19; and the 12-member a cappella group Vocalosity on Feb. 28. Visit the Fox website for details and updates.)

Most people discovered this Seattle-based duo when its breakthrough single, “Thrift Shop,” reached the top of the Billboard chart in 2013. But Macklemore (a.k.a. Ben Haggerty), who was influenced by underground hip-hop acts like Freestyle Fellowship and Talib Kweli, has been releasing records since 2000. Producer Ryan Lewis has brought out Macklemore’s best work, including four Grammy Award wins for the 2012 debut album, The Heist. The two are touring in support of their follow-up, which didn’t have a firm release date or title at our deadline.

Star Wars might getting more hype at the moment thanks to the blockbuster success of The Force Awakens. But with 50 years of history under its belt, Star Trek remains the granddaddy of geeky obsessions. This concert hall tour is a fanboy’s dream come true, pairing music played by an impressive symphony orchestra with iconic footage from the various Star Trek TV shows and films projected on a massive 40-foot screen. The music comes from legends like Jerry Goldsmith, James Horner and Leonard Rosenman.

[See footage from a November concert with the London Philharmonic]

If you’re not familiar with this Croatian duo’s subversive talents, check out their viral video for AC/DC’s “Thunderstruck,” which has more than 49 million YouTube views. Cellists Luka Šulić and Stjepan Hauser, both in their 20s, bridge the cultural gap between traditional classical music and more contemporary rock sounds. It’s rare to find instrumentalists as passionate about Bach and Vivaldi as they are about Guns N’ Roses and Michael Jackson. But 2Cellos makes classical music cool and, in the process, introduces audiences on both sides of the cultural divide to new sounds.

[See the official video for “Thunderstruck”]

Though often maligned by critics for his New Age-y blend of soft rock, jazz, classical and world music, Greek-American composer Yiannis Chryssomallis is a favorite with the PBS set. His concerts, set at iconic landmarks such as the Acropolis and Taj Mahal, are perennial favorites during fundraising drives. And, his 40 platinum and gold albums have sold more than 25 million copies despite being ignored by commercial pop radio. Combining electronic music with full-scale symphony orchestras, Yanni creates an epic, exotic sound that reflects his own “one world, one people” philosophy.

[See Yanni live at the Acropolis]

First  launched in 2004, the Experience Hendrix tour is a unique concept, gathering brilliant musicians to pay tribute to the blues-rock legend who died in 1970 at age 27. With a rhythm section anchored by bassist Billy Cox (who played in both the Jimi Hendrix Experience and the Band of Gypsys), the 27-city tour features such guitar greats as blues legend Buddy Guy, Zakk Wylde, Jonny Lang, Kenny Wayne Shepherd and Dweezil Zappa. No one will ever replace Jimi, but their renditions of hits such as “Purple Haze” and “Voodoo Child” should prove a moving tribute.

The Legends of Southern Hip-Hop | March 19

Longtime rap fans might argue that a Legends of Southern Hip-Hop show without Atlanta icons like Outkast, Goodie Mob or Ludacris is woefully incomplete. But with Pastor Troy repping the ATL, former Geto Boys OG Scarface repping Houston, Juvenile and Mystikal showing out for New Orleans, and Memphis duo 8Ball & MJG and Miami’s Trick Daddy on the bill, the concert offers a diverse sampling of what Southern-fried hip-hop is all about.

Emerging from the late 1960s British blues-rock scene, Jethro Tull was always eccentric, with frontman Ian Anderson’s flute and overcoat forming the basis for the band’s distinctive logo. But it emerged as one of the most successful prog-rock bands ever, with 11 gold and five platinum records that sold a combined 60 million copies. The band officially broke up in 2014 after Anderson and guitarist Martin Lancelot Barre announced plans to go solo. This show, written and performed by Anderson, celebrates the English agriculturalist for whom the band was named, combining narrative storytelling with classic hits and new songs.

[See Ian Anderson perform at the 2015 Isle of Wight Festival]

A Night With Janis Joplin | April 17

Much like Jimi Hendrix, psychedelic soul singer Janis Joplin was a brilliant musician whose star burned a bit too brightly before flaming out at age 27, also in 1970. This show, which played Broadway for four months, was sanctioned by Joplin’s estate. It pays tribute to her talent and to the artists who influenced her, including Aretha Franklin, Etta James and Nina Simone. Mary Bridget Davies, who toured Europe with Joplin’s group Big Brother & the Holding Company, earned a Tony Award nomination for her portrayal of the rock icon. Variety deemed her renditions of “Piece of My Heart” and other Joplin hits “electrifying.”

Let It Be: Celebration of the Music of the Beatles | April 22

The Fab Four played their last concert together on the roof of Apple Records’ offices in 1969. It’s incredible that people still clamor for opportunities to hear their music performed live — even by completely different people — nearly 50 years later. This Broadway/West End show comes with an intriguing premise: What if John, Paul, George and Ringo had reunited on John Lennon’s 40th birthday (Oct. 9, 1980) to perform a greatest-hits retrospective that charted their career from the early Cavern Club days to Let It Be? This is an amazing opportunity to see what The New York Times called “by far the best Beatles show yet.”

[See a Beatles medley from Let It Be]