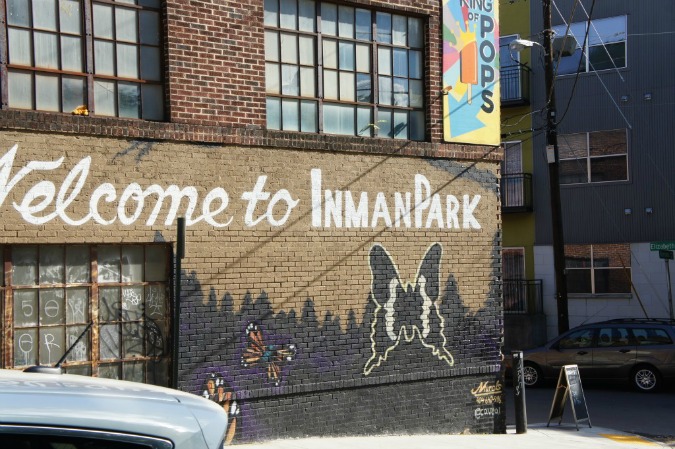 THE NEIGHBORHOODS of Inman Park and Candler Park stretch like wings on each side of the Little Five Points commercial district east of downtown Atlanta, full of tree-shaded sidewalks, the odd assortment of shops and a sometimes whimsical ethos.

Forty years ago, Inman Park was a ramshackle area, with mansions that had become apartments and boardinghouses. Today the area is graceful and sought-after. Candler Park is characterized by brick bungalows, a handful of enticing shops and restaurants, and strollable streets that surround a 55-acre park.

In 1922, Coca-Cola’s Asa Candler donated 55 acres near his home. Candler Park, a neighborhood full of brick bungalows, grew up around it. In the 1970s, residents successfully fought to keep a highway to the Carter Center from dissecting their neighborhood.

WHO LIVES HERE: A mix of folks. Single-family houses, interspersed with some apartment buildings, dominated until recently. Look, too, for Atlanta’s best collection of Victorian architecture, with fanciful Queen Anne and Italianate houses. Now high-rise condos line Lake and North Highland avenues, pulling in a young, single and affluent crowd.

WHAT TO SEE: Soak up the ambience at nearby Little Five Points, where suburban kids mingle with their hippie elders along Euclid Avenue. 7 Stages (left-of-center contemporary and world theater) sits next to the Variety Playhouse concert venue and, down the street, is Horizon Theatre, a 32-year-old company in a former school that produces some of the newest work in town. Stroll the Atlanta BeltLine’s Eastside Trail, entering from North Highland Avenue. Want to see art? Take in the Krog Street tunnel, with its graffiti, announcements and colorful murals.

WHERE TO SHOP: Polly the Potter works in her concrete block building on DeKalb Avenue, creating singularly funky and colorful plates, bowls, cups and coffee mugs. The new Krog Street Market, a 1920s warehouse-turned-covered-market, includes a butcher (Spotted Trotter Charcuterie), a baker (Pannus Bakery) and a chocolate-maker (Xoxoatl) and lots of retail shops. Also worth a look: Nandina, a tony home furnishings store; volumes old and new at A Cappella Books; and vintage wedding attire at Kelly’s Closet’s bridal salon.

WHERE TO EAT: For sandwiches, burgers and craft beer, head to Folk Art in Inman Park. Or try Hungarian crepes at Julianna’s. The original Flying Biscuit is here, a neighborhood favorite for muffins, scones and, of course, biscuits. Or follow the scent to Fox Bros. Bar-B-Q on DeKalb Avenue.

DID YOU KNOW: The world headquarters of King of Pops, the local popsicle sensation, is on a small back alley in Inman Park. That’s where your coconut latte, strawberry lemonade and tangerine basil pops are mixed and frozen. Walk up to the window in the brick wall and knock to buy one straight from the source. At Dr. Bombay’s Underwater Tea Party, you can get a proper British high tea along with scones and cakes served on a three-tiered stand.

HIDDEN GEM: The gravel driveway of a large Victorian on Edgewood Avenue is marked with an unobtrusive sign that reads “gallery.” It leads to a carriage house that is now a top-notch art gallery featuring rough brick walls and sophisticated contemporary art. Susan Bridges’ Whitespace Gallery is known for finding and showcasing innovative artists. Even non-art lovers can be won over by the charm of the secluded courtyard hidden in plain sight.

Grant Park, south of downtown, is a mixture of homey, offbeat and spiffed-up Victorian architecture. The park itself is a shady spot that includes Zoo Atlanta and a public swimming pool. Its borders? Oakland Cemetery and East Confederate Avenue.

HISTORY: Lemuel P. Grant, a wealthy civil engineer for the Georgia Railroad, owned most of the acreage that is now Grant Park. He lived in a three-story Italianate mansion that, in 1902, was the birthplace of legendary golfer Bobby Jones. Today the building houses the Atlanta Preservation Center.

WHO LIVES HERE: This partly gentrified area is proudly home to various ages, races and incomes. The neighborhood is cohesive even though I-20 split its midsection the 1960s.

WHERE TO SHOP: Artifacts on Boulevard has art and gifts. Try Cake Hag Cake and Dessert Studio for weddings and other big events. ReStore on Memorial Drive is run by Habitat for Humanity and has all kinds of secondhand appliances, hardware and building materials at discount prices.

WHERE TO EAT: Go sweet at Little Tart Bake Shop inside Octane, a high-ceilinged coffee shop in the back of the Jane, a brick loft complex on Memorial Drive. Six Feet Under, a pub and fish house across from Oakland Cemetery, lures locals with its food and rooftop views. You can’t go wrong at Ria’s Bluebird, across Cherokee Street — all-day breakfast, grilled pimento cheese sandwiches and more. Yum. Hit Bennett’s Market, south of the interstate, for craft beer and sandwiches.

DID YOU KNOW: GlenCastle, a turreted and columned “castle,” contains 67 price-controlled apartments. It was a notorious Civil War-era prison known as the Atlanta Stockade. Women and children imprisoned there worked in a quarry on-site, breaking rocks for road-building.

HIDDEN GEM: Grocery on Home is the real home of Matt Arnett, and a concert venue. Folk artist/musician Lonnie Holley made his debut there. Guests must engage Arnett on Facebook for an invite to his public-private soirees. 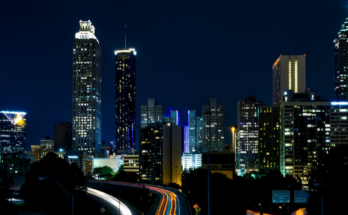 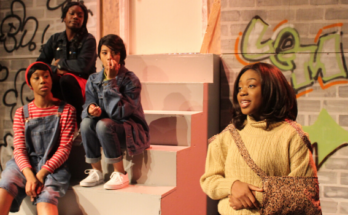