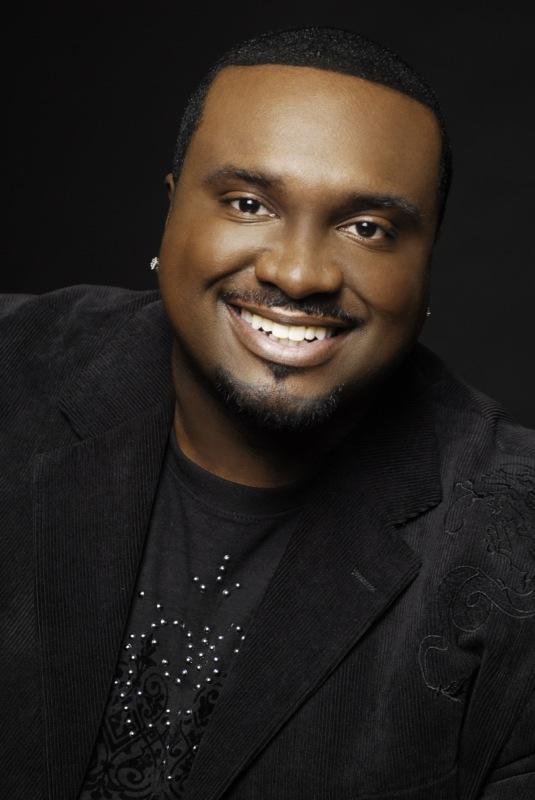 THE BASICS: Brad Raymond is an Atlanta actor, singer and conductor, who’s never far from a stage. Through Nov. 22 you can see him as Stepin Fetchit, the controversial 1930s movie comedian, in Fetch Clay, Make Man at True Colors Theatre Company (details, tickets HERE).

THE AGE THING: He’s 38 but often is cast as someone in his 50s or 60s. We’re calling that versatility.

WHERE YOU’VE SEEN HIM: At True Colors in last summer’s Chasin’ dem Blues and Spunk (2013). At Horizon Theatre in Every Tongue Confess. Also at the Atlanta Opera, the Alliance Theatre (including five seasons of A Christmas Carol), Theatre Emory and Spivey Hall.

ON FILM: He busts a move alongside Queen Latifah and Dolly Parton in Joyful Noise (2012).

LIVES NOW: In Newnan, in a townhouse he shares with Maria, his Chihuahua, who’s named for the heroine in West Side Story, his favorite movie. He moved to Atlanta a decade ago, when his sister was diagnosed with lupus and advised to find a warmer climate. More family members have relocated since.

EDUCATION: Has a bachelor of music education degree from DePaul University in Chicago. Studied musical theater at Chicago’s Sherwood Conservatory and also studied with Allen O’Reilly at Georgia Shakespeare.

FIRST ACTING JOB IN ATLANTA: About six years ago in a summer festival of short plays with Onion Man Productions.

WHY THEATER: “I always knew I wanted to perform, since I was a kid.” At one time or another, he leaned toward acting, then opera, then musical theater. “The more I did the theater portion, the more I realized I loved it. I love the immediacy of theater. I love how interactive and synergistic theater is.”

ON FETCH: “He’s an interesting figure in a lot of ways. He’s sort of has become a pariah, and less a real person and more a caricature of the person he actually was. In reality, he really pushed the envelope in terms of African-American actors in Hollywood having certain opportunities and certain rights. He was the first African-American to have a screen credit. He was the first African-American to be a millionaire in Hollywood. A lot of people don’t know that and don’t know the influence he wielded behind the scenes.”

NEXT: Singing background in the Atlanta Symphony Orchestra’s Holiday Pops Concert (Dec. 17 and 19) and, perhaps, doing something special this spring at a rather large, intown theater.