LONG BEFORE IT BECAME internationally known as Music City, Nashville was a fur-trappers’ western outpost controlled by the state of North Carolina. It took five years – stretching from a campfire conversation on Christmas Day 1779 to the construction of a few dozen log and brick dwellings – for the settlement to adopt its current name.

Some think of Nashville as a modern-day tourist trap for unflagging country music fans. And that notion’s not entirely wrong. But Nashville isn’t just whistlin’ Dixie where inclusiveness is concerned. 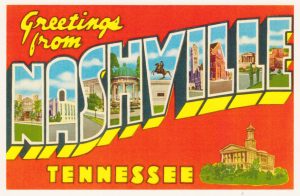 On its outer fringes, this Tennessee capital of nearly 659,000 people has a gritty crust of industrial parks, train depots and mixed-income communities carved from stratified rock hillsides. Activists and philanthropists are paddling hard to improve the quality of life in and around the Cumberland River, which winds through the city and affords panoramic views of downtown.

At its core, Music City is a place that confronts the challenges of growth with Southern charm, and gracefully balances its modern ambitions with reverence for tradition.

To wit: In the runup to this fall’s election, one Nashville mayoral candidate ran visceral TV ads warning residents against making the “same mistakes Atlanta did” by fostering an environment of urban sprawl and congested traffic.

Growing pangs aside, Nashville knows where its cornbread gets buttered: wherever hospitality, entertainment, manners and ambition work in harmony.

BELLE MEADE PLANTATION. This antebellum home on property once used as a thoroughbred horse farm dates to 1806. Tours ($10-$18) led by trained and costumed guides traverse the Greek-Revival mansion and such historic sites as a dairy, horse stable, carriage house, mausoleum, gardens and log cabin. There’s a restaurant, winery and gift shop on-site, too.

BICENTENNIAL CAPITOL MALL STATE PARK. Take a stroll that traces Tennessee history in a 19-acre downtown park in the shadow of the Capitol building. Visitors to this landmark – which features a 200-foot granite map of the state as well as a 2,000-seat amphitheater – take in striking views of the modern skyline as well as guided tours through exhibits that pay tribute Tennessee’s pioneering spirit.

THE HERMITAGE MUSEUM. See the rise of the orphaned Irish immigrant who became a heroic general in the War of 1812 and, eventually, the seventh president of the United States. This is Andrew Jackson’s pristinely preserved Nashville mansion, gardens and tomb. The 350-acre plantation traces his struggles and triumphs as a strident attorney, slave owner, legislator and Union defender whose unbending personality gained him the nickname, “Ol’ Hickory.”

JACK DANIEL’S DISTILLERY. Let a tour bus do the driving if you plan to take the 75-mile (one-way) trek southeast to Lynchburg to savor the sights and aromas of the oldest distillery in the United States. Guided tours of the 150-year-old facility are free, but visitors age 21 and up can pay $10 and take the “enhanced” experience of sipping select samples of the whiskey brand’s varieties.

LANE MOTOR MUSEUM. Stop at this former Sunbeam Bakery complex, which has been transformed into one of America’s largest collections of restored classic cars. This mecca for motor heads began with 70 hot rods, roadsters and carriages in 2002. Since then the showroom has become home to more than 400 sets of wheels spotlighted in a brick-and-glass jewel box.

OPRY MILLS. Tennessee’s biggest outlet mall has more than 200 shops with upscale label merchandise at discount prices. The complex, near downtown and the airport, includes a mega-sized movie complex and other fun, food and games for families. As a special enticement to visitors from the Southeast, Opry Mills offers monthly discounts on purchases and hotel rates dedicated to distinctive states.

UNION COMMON. To start or end the night with cocktails, sit, sip and observe the communal-table experience here, where you’ll find fresh seafood and one of the city’s top wine and spirit selections.

If you’re with someone who still insists on getting a country-music fix, we suggest these five popular sites:

COUNTRY MUSIC HALL OF FAME. See how the cobwebs have been blasted from any notion that country music is outdated. Visit this multimedia masterpiece dedicated to the genre’s iconic trailblazers and modern game-changers. Instrument tutorials, children’s’ performances, Q&A sessions with star performers and art displays make up the modernized hall’s mix of offerings. 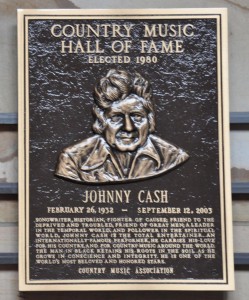 HISTORIC RCA STUDIO B. The compact home of the “Nashville Sound.” Take an hourlong tour and see where luminaries like Willie Nelson helped the site earn its reputation as “The Home of 1,000 Hits.” The tour highlights the acoustic tricks that made background vocalists and string players sound like they were playing in a symphony hall, not a warehouse.

JOHNNY CASH MUSEUM. You’ll find the world’s largest display of Man in Black artifacts, handwritten notes, film footage and stage costumes. That, plus a visit to the in-house café and gift shop, can eat up two hours of a casual visitor’s time. Serious devotees may linger longer amid mementos donated by the Cash family.

ROBERT’S WESTERN WORLD. In the latest of its many incarnations since the Civil War, this downtown site is a combo platter for casual country music fans. Its roots extend back to periods of steel-guitar manufacturing and juke-joint debauchery. On today’s menu: classic honky-tonk cuisine (fried bologna sandwiches and Moon Pies). Local bands perform from opening to close daily.

RYMAN AUDITORIUM. Stroll the stage and dressing rooms at the original Grand Ol’ Opry in less time than it would take to watch a vintage episode of the “Hee Haw” TV series. In its earlier days (1943-74), the Ryman was home base for performers such as Roy Acuff, Patsy Cline and Minnie Pearl. Today it hosts a broader range of concert acts covering the blues, R&B, rock and country.